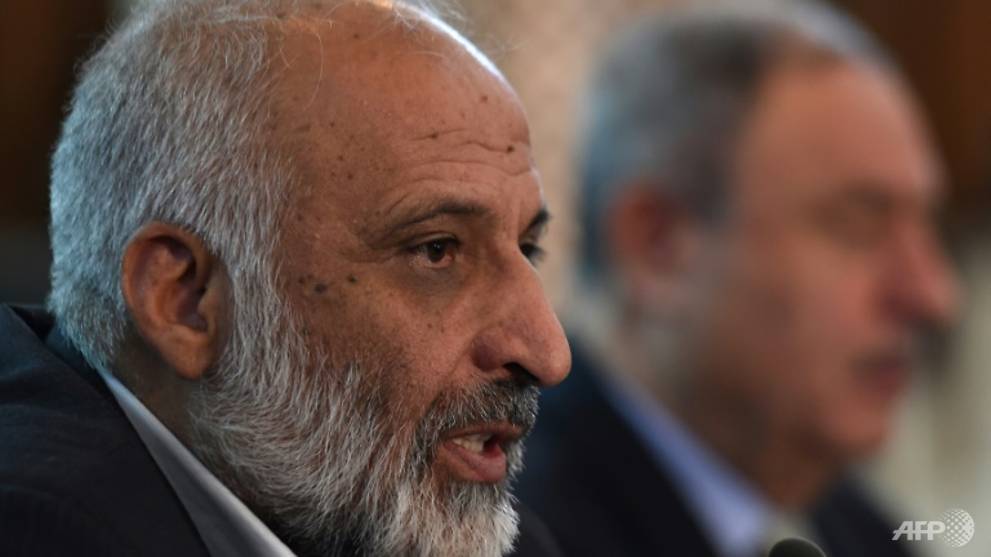 KABUL: The Afghan government has finalised a 21-member team – including five women – who will negotiate with the Taliban in upcoming talks aimed at ending Afghanistan’s 18-year-old conflict, officials said on Friday (Mar 27).

The move is a crucial step in bringing the warring parties to the table and getting a floundering, US-led peace process back on track.

Under a deal signed by the US and the Taliban last month, the insurgents agreed to commit to starting talks with the Afghan government and discuss a possible ceasefire.

Up until now, the Taliban has refused to meet with the administration of President Ashraf Ghani, calling him an American stooge.

In return for starting talks and other commitments, the US and foreign partner forces will withdraw from Afghanistan over the next 14 months.

The negotiating team was supposed to be unveiled weeks ago, with the “intra-Afghan” talks with the Taliban meant to get underway on Mar 10 in Oslo.

But Kabul has been gripped by a fresh political crisis, with Ghani’s legitimacy being challenged by his rival Abdullah Abdullah, who has also proclaimed himself president.

The United States, which has slashed aid to the Afghan government over its failure to end infighting, hailed the progress in naming an “inclusive” negotiating team.

The delegation “reflects the true tapestry of the nation and the instrumental role of women,” said Zalmay Khalilzad, the chief US negotiator.

“This consensus is a meaningful step that moves the parties significantly closer to intra-Afghan negotiations,” he wrote on Twitter.

The negotiating team will be led by former Afghan intelligence chief Masoom Stanekzai, who as a Pashtun shares a tribal identity with the Taliban.

While there was no immediate indication of whether Abdullah supports the team’s composition, it includes Batur Dostum, whose father Abdul Rashid Dostum – a notorious former warlord – is a staunch Abdullah ally.

In a statement, Afghanistan’s peace ministry said Ghani “wishes the delegation success and calls on them to consider, at all stages of negotiations, the best interest of the country, the shared values of the Afghan people, and the principle stand of the country for a united Afghanistan”.

Among the five women delegates is Habiba Sarabi, deputy leader of the government’s High Peace Council. Sarabi is a Hazara, the predominantly Shiite ethnic group that the Taliban have repeatedly targeted.

Another female delegate is Fawzia Koofi, an ethnic Tajik and a women’s rights activist who has been a vocal Taliban critic.

During their reign across much of Afghanistan from 1996-2001, the Taliban forced women to stay at home, banned female education and frequently executed women on flimsy allegations of adultery.

It is not clear when or where the “intra-Afghan” talks will start. Given the coronavirus pandemic, officials say there is a chance they could begin via videoconference.

On Wednesday, the government said it would meet directly with Taliban members to discuss a massive prisoner swap that would see the release of 5,000 Taliban prisoners and 1,000 from the government side.

That exchange had also been agreed in the US-Taliban deal, even though Ghani is not a signatory.

The US has left Ghani little choice but to get onboard with the agreement, and this week Washington cut US$1 billion in US aid amid continued bickering between Ghani and Abdullah, and has threatened deeper cuts if Kabul does not resolve its political infighting.