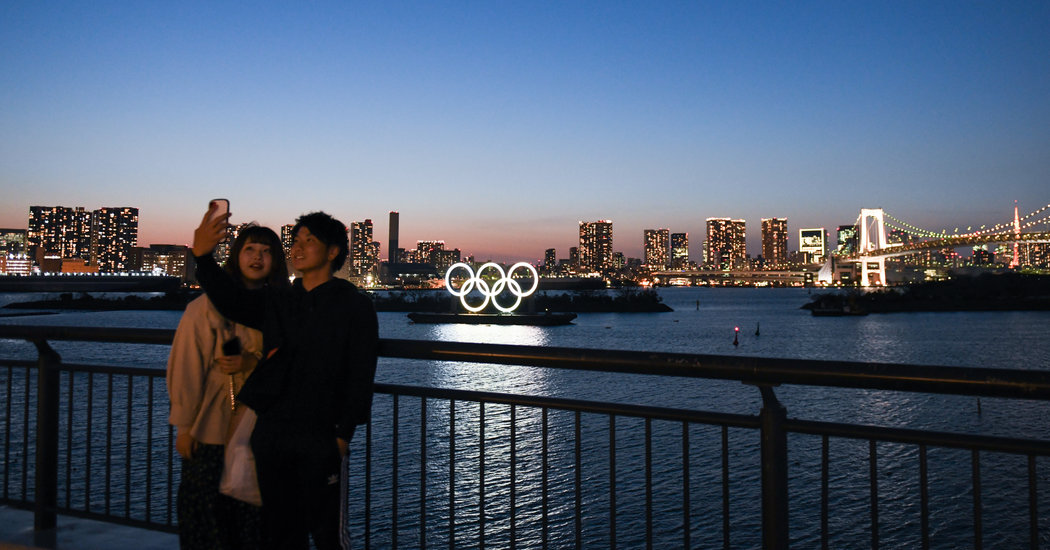 Two years ago, after revelations a team doctor had abused hundreds of gymnasts, the United States Olympic and Paralympic Committee underwent an overhaul designed to restore and instill confidence and trust among thousands of American athletes.

Yet, in recent days as a swelling tide of athletes openly worried about the ability to train and prepare for the Summer Olympics as the coronavirus pandemic shuttered facilities and people were told to remain inside their homes, the committee hunkered down and sided with the International Olympic Committee’s insistence on delaying any decision to press forward with the Games. The implicit message: stay healthy and safe, but try to keep training for a July Olympics.

Now that the I.O.C. has decided to postpone the Games, with the United States one of the last large organizations to join the clamor for the move, athletes are questioning how leaders who were brought on to more effectively listen to and support athletes took so long to hear what they were saying.

“We did have an opportunity to be leaders on the issue, and I feel like it was a little bit of a missed opportunity,” said Han Xiao, a former table tennis athlete who is chairman of the U.S.O.P.C.’s Advisory Council.

Xiao spoke early last week with members of the U.S.O.P.C.’s executive board, relaying concerns athletes had about their inability to train and their concern that a mass gathering like the Olympics would exacerbate the global health crisis. He said he was surprised Friday when Susanne Lyons, the U.S.O.P.C.’s chair, and Sarah Hirshland, its chief executive, echoed the stance of Thomas Bach, the president of the I.O.C., that there was no immediate need to decide on whether to postpone the Games.

That night, the U.S.O.P.C. opened an online poll of potential Olympians. By Monday, nearly 70 percent came out in favor of a postponement, leading the U.S.O.P.C. to shift its position. “Over that weekend things got corrected,” Xiao said. “But it was frustrating.”

The turn finally came Monday night, 24 hours after the national Olympic committees in Canada and Australia announced they would not send a team to Tokyo in July. Germany, Brazil and Norway had already come out against a July Olympics. The national federations for swimming and track and field in the U.S. had also publicly come out in favor of a one-year delay.

“I really think, at some point, with the survey or without, the Olympic committee should have recognized that the Games should not have gone on,” said Christian Taylor, a two-time gold medalist in the triple jump.

In an interview Monday, Lyons said the U.S.O.P.C. had tried to communicate with athletes through emails and a series of teleconferences with members of its athlete advisory commission. She said not all athletes she heard from favored a postponement, especially athletes who had delayed careers and school to train for an Olympic Games this summer.

As for the frustration of American athletes who wanted a harder and earlier public push toward postponement, she said she believed she and her organization are more effective when they lobby the I.O.C. privately.

“I don’t need to make a headline to communicate with Thomas Bach,” Lyons said. “I have his cellphone number.”

Lyons said the United States’ importance historically to the Olympic movement and the outsized share of revenues that flow from U.S. companies to the I.O.C. make taking public stands precarious, because it can seem like the country is throwing its weight around and undermining the movement.

“We are listened to in a different way,” Lyons said of Canada and Australia’s decision to lead the effort toward postponement.

There is also a significant financial consequence for the U.S.O.P.C. The committee has a revenue-sharing arrangement with the I.O.C. that gives it about 12 percent of the fees from the broadcaster NBC and roughly 20 percent of the I.O.C.’s sponsorship revenue.

The broadcast payments from the 2016 Games in Rio de Janeiro totaled $169 million, accounting for about half of the U.S.O.P.C.’s revenues for the next two years. Because the payment is not made until after the Games have occurred, the U.S. committee will have to scramble to fill a significant deficit until the Tokyo Games take place.

The delay was especially surprising for Jacob Pebley, 26, a swimmer who had been training at the United States Olympic Training Center in Colorado Springs until Gov. Jared Polis of Colorado ordered the state’s gyms and pools closed last Tuesday, nearly a week before the U.S.O.P.C. announced its support for postponing the Olympics.

“I’m sure they had thought about it,” Pebley said last Thursday, when he posted a letter to leaders of U.S.A. Swimming arguing for a postponement. “But had they taken the serious steps that were necessary and the situation was calling for?”

Pebley said that 10 minutes after he posted his letter, he received a phone call from U.S.A. Swimming asking if he would speak with Tim Hinchey III, the organization’s chief executive, later that afternoon.

Hinchey had been speaking with athletes such as Ryan Murphy, Katie Ledecky, and Nathan Adrian, and top coaches for two weeks, and he had grown concerned about the increasing stress and anxiety they were facing. Also, the organization was asking the people who run its pools and participate in its swimming programs to stay home and indoors, out of concern for their health.

Hinchey spoke with Hirshland on Thursday and told her that his organization was moving toward a postponement. She told him the U.S.O.P.C. was trying to listen to everyone. “Her tone was respectful,” Hinchey said of Hirshland.

While Hirshland and Lyons were speaking to reporters on Friday morning and falling in line with Bach’s position that the spreading Covid-19 crisis did not require an immediate decision, Hinchey was holding a series of video conferences with athletes, coaches, and his advisory committees to get their final approval for the federation’s demand for a postponement.

“We realize it may not be the perfect answer but in the short term it allows everyone to do what they should be doing which is stay home,” Hinchey said.

While Hinchey was speaking with the swimming community, Max Siegel, the chief executive of U.S.A. Track and Field, was having similar conversations with people at every level of his sport. Siegel said he speaks with many of the leading athletes, agents and coaches nearly every day, so this was nothing new, but early last week he told them to spend a day checking with everyone they work and train with to learn where they stood on postponement.

He was told there was near-unanimous support for a delay, a position the organization’s board voted to support in a meeting Thursday night. Siegel then relayed the information to Hirshland and came out publicly with the organization’s position on Saturday.

“We wanted to make sure our voice was heard,” Siegel said. “We are really close to our athletes. The best information the U.S.O.P.C. can get is from us.”

Lyons said that she and Hirshland have work to do to establish a level of trust with the country’s Olympians. Tokyo will be their first Olympic Games leading their organization.

“For an athlete, this is probably the most stressful situation I can imagine and in that kind of situation you want to have transparency,” she said. “Most of them haven’t met me. They haven’t met Sarah. They are not a party to the conversations we are having. In a vacuum you have trouble trusting leadership.”