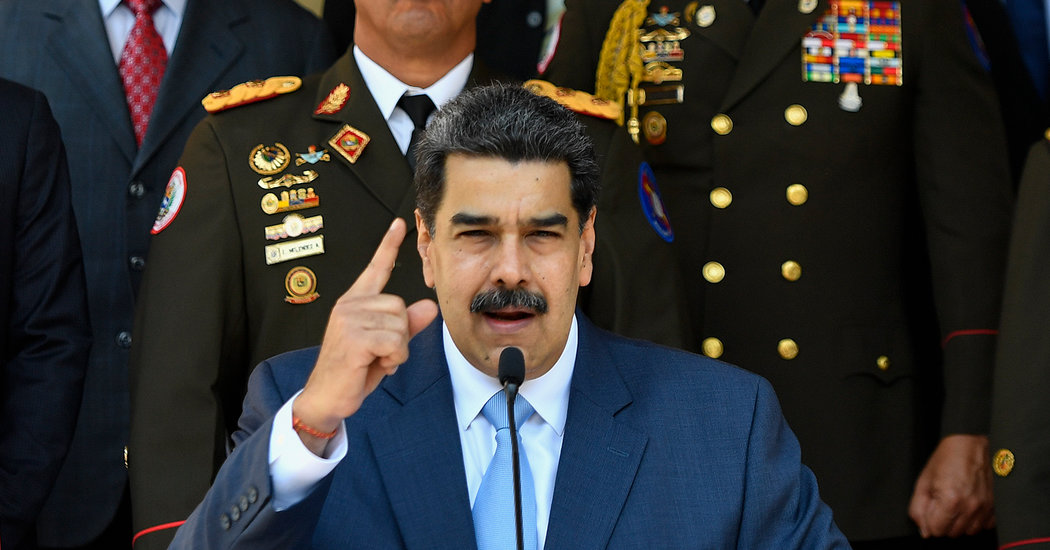 Instead, the country was hit by the largest economic collapse in its history, a result of falling oil prices and years of economic mismanagement by the left-wing government. The country’s hospital system collapsed, triggering the exodus of millions of Venezuelans.

Even as Mr. Maduro gained power, one indictment said, he helped run and ultimately led a drug trafficking organization called Cartel de Los Soles, or cartel of the suns, named for the sun-shaped stars that Venezuela’s military officers wear on their uniforms. Under his and others’ leadership, the group sought to enrich its members, enhance their power and to “‘flood’ the United States with cocaine and inflict the drug’s harmful and addictive effects on users in this country,” an indictment said.

The cartel “prioritized using cocaine as a weapon against America and importing as much cocaine as possible into the United States,” the indictment charged.

Mr. Maduro negotiated multiton shipments of cocaine produced by the FARC, directed his cartel to provide military-grade weapons to the group and coordinated foreign affairs with Honduras and other countries to “facilitate large-scale drug trafficking,” according to the indictment.

As early as 2005, Mr. Chávez instructed Mr. Maduro, then a member of the Venezuelan National Assembly, that any Venezuelan judges who would not protect the FARC and its activities should be removed from their positions, according to one of the New York indictments, depicting a longstanding corrupt relationship between Mr. Maduro and the FARC.

After Mr. Chávez appointed Mr. Maduro as foreign minister in 2006, the indictment said, the FARC paid Mr. Maduro $5 million in drug proceeds through an intermediary as part of a money-laundering scheme.

Two years later, according to the indictment, Mr. Maduro and two of his co-defendants agreed in a meeting with a FARC representative that the cartel would provide cash and weapons to the FARC in exchange for increased cocaine production. Mr. Maduro also agreed to “abuse his authority as foreign minister” to ensure that Venezuela’s border with Colombia remained open to facilitate drug trafficking, the indictment said.