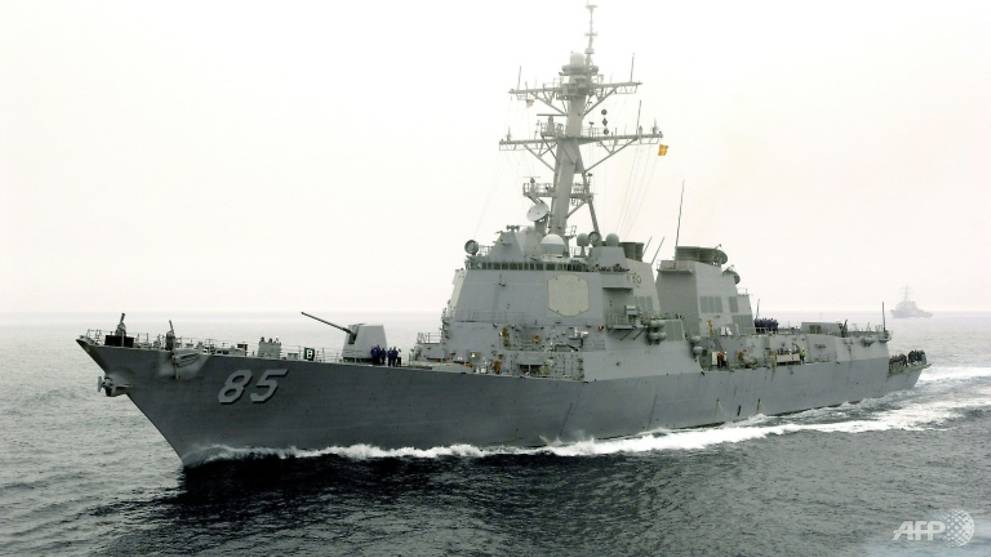 A US warship has sailed through the Taiwan Strait in a move certain to anger Beijing as the two countries trade barbs over the coronavirus.

TAIPEI: A US warship has sailed through the Taiwan Strait in a move certain to anger Beijing as the two countries trade barbs over the coronavirus.

The US Pacific Fleet sent a tweet on Thursday (Mar 26) confirming the USS McCampbell, a guided missile destroyer, had transited the strait a day earlier.

Taiwan’s defence ministry said the vessel was on a “routine mission” through the waterway separating the self-ruling island from Chinese mainland.

The ship’s passage comes at a time of heightened political tensions between the US and China – and after Beijing has repeatedly buzzed Taiwan with military jets and ships despite the global COVID-19 pandemic.

Beijing and Washington have traded barbs over the origin of the coronavirus, with President Donald Trump angering Beijing by calling it the “China virus”.

The Taiwan Strait is a flashpoint waterway for the world’s navies.

China still claims Taiwan is part of its territory awaiting reunification and views any passage through the strait as a breach of its sovereignty.

The US and many other nations say it is an international waterway and Washington regularly carries out so-called “freedom of navigation” operations to press the point.

Beijing has ramped up pressure on Taiwan ever since President Tsai Ing-wen came to power in 2016, as she refuses to acknowledge its concept that the island is part of “one China.”

But the pressure campaign has won few friends among the Taiwanese.

In January, Tsai was re-elected for a second term with a landslide against an opposition that favoured warmer ties with Beijing.

China sent its first domestically built aircraft carrier – the Shandong – through the Taiwan Strait in December just weeks before the election.

Beijing’s only other carrier – the Liaoning – has passed through the strait several times in recent years.