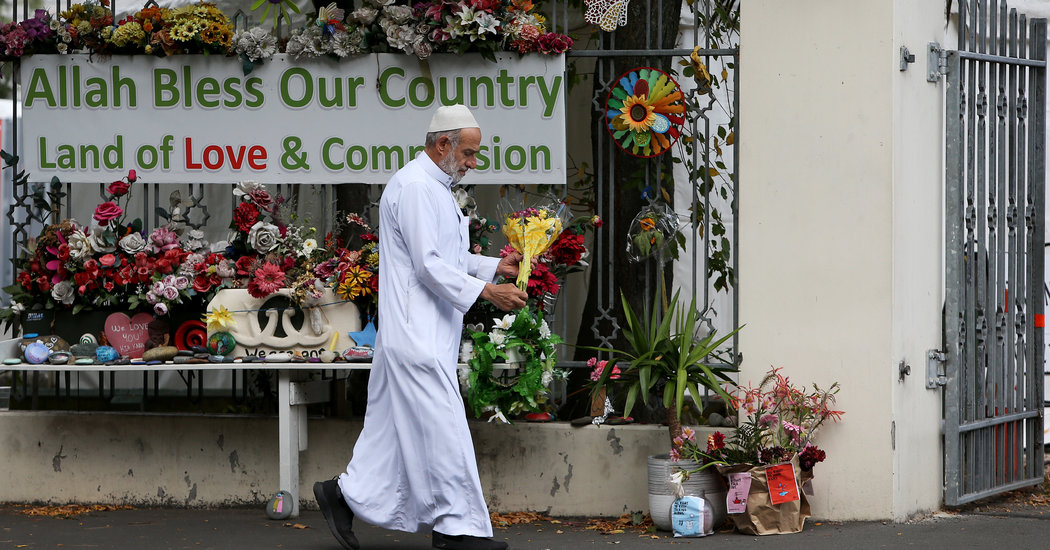 An Australian white supremacist charged with killing 51 worshipers at two mosques in New Zealand last year changed his plea to guilty on Thursday, a move that surprised survivors and relatives of the victims who had hoped to see swift justice for the deadliest act of violence in the country’s history.

After initially denying that he had played a role, Brenton Tarrant, 29, pleaded guilty to 51 counts of murder, 40 counts of attempted murder and one count of terrorism for a killing spree in the city of Christchurch on March 15 of last year.

The mass shooting led to the adoption of new domestic laws banning semiautomatic weapons and ignited a global effort to restrict racist and violent content on the internet. The killer had posted a hate-filled manifesto online and live-streamed the shootings on Facebook for several minutes.

New Zealand’s prime minister, Jacinda Ardern, said in a statement that the guilty plea would “provide some relief to the many people whose lives were shattered by what happened on March 15.”

Mr. Tarrant had been scheduled to go on trial in June. His change in plea accelerates a case that had been progressing quietly and gradually under court-imposed gag orders, with survivors and relatives of the victims packing the courtroom for hearings in Christchurch for months, many of them in wheelchairs and with canes.

The defendant’s lawyers had indicated only on Tuesday that their client wanted to be brought before the court. Mr. Tarrant’s decision to forgo a trial eliminates worries expressed by Ms. Ardern and others that he would try to make the process a platform to voice hateful views.

Police Commissioner Mike Bush said arrangements for Mr. Tarrant’s court appearance on Thursday had to be made quickly because New Zealand was entering a strict lockdown to combat the coronavirus.

The authorities, Mr. Bush said, “appreciate this news will come as a surprise to the victims and the public, some of whom may have wished to be present in the courtroom.”

Mr. Bush said the small group of observers on Thursday included the imams from the two mosques that were attacked. Those allowed inside the court were screened by security and court staff members wearing protective masks.

Mr. Tarrant faces life imprisonment on the charges. A sentencing date has not been set, but Mr. Bush said it would not take place until all the victims’ families could attend if they chose.

“Due to the Covid-19 epidemic, that will not be possible for some time,” Mr. Bush said.

“While the sentencing hearing is still pending,” he said, “today’s guilty pleas are a significant milestone in respect of one of our darkest days.”