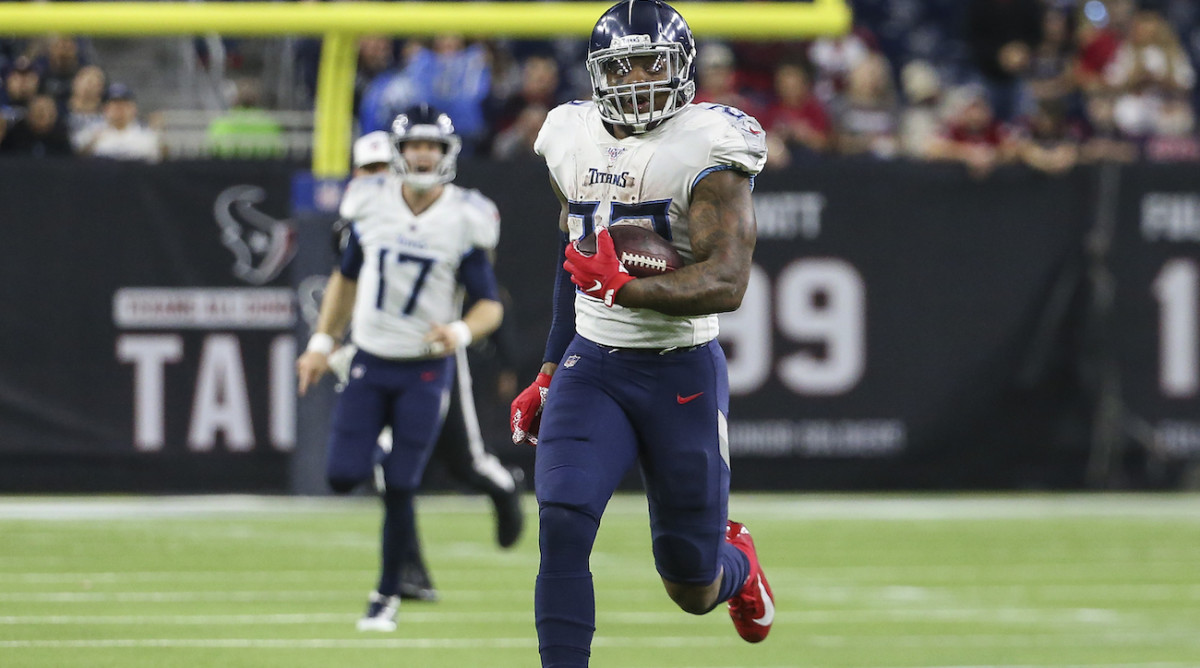 The AFC South was one of the more competitive divisions in football last season. They sent two teams to the playoffs last year (Houston Texans and Tennessee Titans) and the Titans went all the way to the AFC Championship Game. The Indianapolis Colts will be improved this year, so this division will be a three-team race.

The Titans were one of the biggest surprises in the AFC last season. Many pundits had them finishing last in the AFC South, but they rode Ryan Tannehill and Derrick Henry all the way to the AFC Championship game instead.

After six uninspiring seasons in Miami, Tannehill took over for Marcus Mariota and led the Titans’ turnaround. Tannehill went 7-4 as Tennessee’s starter and was rewarded with a four-year, $118 million contract.

The Titans have six picks in the upcoming draft. They need immediate help at cornerback, plus they can use an edge rusher to create more pressure. The Titans can also use the picks to add depth to their offensive line and linebacker corps.

Tennessee was one win away from the Super Bowl in 2019 and absolutely no one saw that coming. Tennessee won’t sneak up on anyone this season. Road games against the Ravens, Vikings and Packers will be tough, but they will make up the slack against weaker teams at home. I like the Titans to win about nine games this season, so take the over on 8.5

The Texans were the AFC South winners in 2019 with 10 victories. However, an interesting offseason could backfire on head coach Bill O’Brien if the Texans struggle in 2020. Houston has one of the best quarterbacks in the league in Deshaun Waston, but will that be enough to take them back to the top of the AFC South in 2020?

David Johnson, Running Back (via trade)

The Texans certainly operate like a team that does not have a general manager. O’Brien shipped star wide receiver DeAndre Hopkins to the Arizona Cardinals in exchange for running back David Johnson. Johnson’s career got off to a great start, but as of late he has not looked like the same player. If he can stay healthy he may be able to give the Texans’ running game a shot in the arm.

The Texans have five picks in the upcoming draft. They don’t have a first-round pick due to the Laremy Tunsil trade from last season. Their first pick in the draft will be 57th overall. The Texans need an edge rusher and a cornerback on defense. The offense needs interior line help and a wide receiver.

According to NFL strength of schedule rankings, the Texans have the eighth-toughest schedule in the league for the upcoming season. It’s too bad they won’t have Hopkins to help navigate through it. The Texans play five playoff teams from last season in 2020.

The Colts were very active to start NFL free agency. They traded to bring in DeForest Buckner from San Francisco and signed quarterback Philip Rivers. The Colts roster resembles that of a playoff team in 2020

Rivers’ best days may be behind him, but he may be just the type of quarterback the Colts need. Jacoby Brissett was decent at times last season, but Indianapolis’ offense lacked explosive plays. Rivers should be able to help with that. Buckner is a great piece to add to their defensive line, even if it came at the cost of a first-round draft pick.

The Colts have seven picks in the upcoming draft, including two picks in the second round, The Colts offense needs another weapon at wide receiver as well as some help at tight end. I can also see them drafting a quarterback. Defensively, the Colts need to add players to their front.

Betting the futures market can be tough and the Colts have a very sharp number. Indianapolis will have to get some big-time wins at home to take advantage of an easier road schedule. The Colts over is juiced up to -120, so I think that’s a good sign for those leaning that way.

The Jaguars were a mess in 2019, they only won six games, the Nick Foles experiment didn’t go well and the rest of the team fell apart. This season won’t be much better, as a matter of fact, it will likely be worse. The Jaguar’s roster really needs work, so does their front office.

The Jaguars need a lot of help, as they look like a team that could be in tank mode this upcoming season. Schobert is a solid linebacker who makes a lot of plays and racks up tackles. He also had four interceptions last season with the Browns.

The Jaguars, who have nine picks in the upcoming draft, are in rebuild mode yet again. Two of those nine picks come in the first round. Jacksonville has sold off assets so they need a lot of help. The main area of concern is their defensive line—they have to be able to compete in the trenches. They also should draft a quarterback and add offensive line help.

I can’t imagine wanting to bet the over on Jaguars wins in 2020. They have the worst roster in the league and they seem to be getting ready to tank this season. The Jaguars should have their eyes on Trevor Lawrence with the first pick of the 2021 NFL Draft.

AFC North Win Totals: How Many Victories Will Each Team Have in 2020?