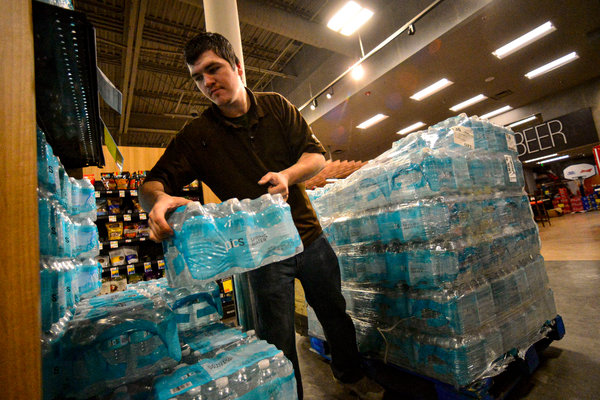 The plastic bag industry, battered by a wave of bans nationwide, is using the coronavirus crisis to try to block laws prohibiting single-use plastic. “We simply don’t want millions of Americans bringing germ-filled reusable bags into retail establishments putting the public and workers at risk,” an industry campaign that goes by the name Bag the Ban warned on Tuesday, quoting a Boston Herald column outlining some of the group’s talking points.

The Plastics Industry Association is also lobbying to quash plastic bag bans. Last week, it sent a letter to the United States Department of Health and Human Services requesting that the department publicly declare that banning single-use plastics during a pandemic is a health threat.

The science around reusable bags and their potential to spread disease is contentious. An oft-cited study by researchers at the University of Arizona and Loma Linda University found that reusable plastic bags can contain bacteria, and that users don’t wash reusable bags very often. The study was funded, however, by the American Chemistry Council, which represents major plastics and chemicals manufacturers. The study recommends that shoppers simply wash their reusable bags, not replace them.

Environmental experts stress that single-use plastics can still harbor viruses and bacteria they pick up from their manufacturing, transport, stocking or use. A study by the U.S. National Institutes of Health found that the novel coronavirus can remain on plastics and stainless steel surfaces for up to three days, and on cardboard for up to one day. Still, simply disposing of the bag would be safer in that case, according to proponents of single-use plastic.

What is clear, however, is that single-use plastic bans have become a growing threat for the plastics industry. Packaging, including single-use packaging, makes up around a third of end-use demand for plastic resins as a whole, according to the American Chemistry Council. Before the coronavirus outbreak, the nationwide move to ban plastic bags had reached California, Hawaii, New York, as well as cities like Boston, Boulder, Chicago, Los Angeles, San Francisco and Seattle.