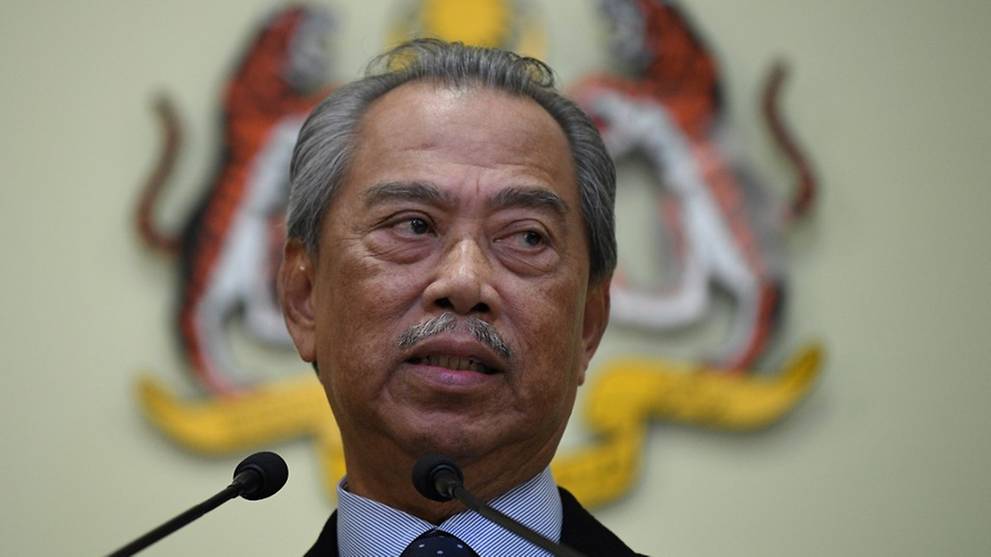 KUALA LUMPUR: Malaysian social media users on Wednesday (Mar 25) encouraged each other to stay united and obey the rules, after Prime Minister Muhyiddin Yassin announced that the movement control order (MCO) will be extended until Apr 14 to combat the COVID-19 pandemic.

Immediately after the announcement, “14th of April” became the number one trending topic on Twitter, with users weighing in on the extension.

“Even though I want to be outside at the beach … But I will obey the #PerintahKawalanPergerakan (MCO) because I want to make Malaysia healthy again,” wrote Twitter user @WonderIrra.

Another Twitter user @SerenitySakinah wrote: “Looks like we will be staying home longer until Apr 14. Keep following orders. Don’t lose hope please, everyone. We can do this! Stay united and keep encouraging each other to keep a positive mindset. Malaysia boleh! Please cooperate with the authorities”.

READ: Missing the little things – What life is like under Malaysia’s movement control order

Similarly, @Clarissa_Swiftie wrote: “The quarantine is extended to Apr 14. So if you don’t stay at home, it is going to be worse for everybody. Listen to instructions, it’s not that hard!”

User @cpikoneal tweeted an illustration by artist and lecturer Haris Abadi Abdul Rahim, which depicted healthcare workers in place of soldiers at the National Monument, a sculpture located in Kuala Lumpur that commemorates those who sacrificed their lives for Malaysia’s freedom.

His caption read: “To all Malaysians, please look at this picture. Please don’t be stubborn. Please stay at home, don’t be selfish”.

Earlier in the day, the prime minister announced that the MCO which was to be enforced from Mar 18 to Mar 31, has now been extended another two weeks to Apr 14.

Mr Muhyiddin noted that this was a necessary step as the Ministry of Health anticipated an increase in the number of cases in the days to come.

The government felt this was the best way to contain the spread of the virus, he added.

With the MCO being extended, many businesses will need to stay shut for an even longer period. Only essential services are allowed to operate with minimal staff.

Although the Human Resources Ministry said that all employers would have to continue paying the salaries of their employees, many expressed concerns about their livelihoods.

Twitter user @_rin93 wrote: “I don’t know, but I am really sad about the extension until Apr 14. How about my salary? Even the salary for this month, I can’t even think whether I will get full or half”.

“Extended again until 14 April. How are the families without savings that depend on monthly income going to survive?” wrote Twitter user @CallmeSam66.

In an attempt to lighten the economic burden for people, the government also announced that people could withdraw RM500 (US$114) from their Employee Provident Fund (EPF) accounts every month for a period of one year.

Professor Yeah Kim Leng, who is a member of Central Bank of Malaysia’s Monetary Policy Committee, told CNA that the government can increase its spending to reduce the economic impact.

“The government must increase relief loan options for big businesses, failing which it may lead to bankruptcies. Also, individual businesses and smallholders should be given direct funding,” he said.

The government is expected to announce a comprehensive economic stimulus package on Mar 30.

READ: Most COVID-19-related deaths in Malaysia due to late treatment: Health director

Meanwhile, other social media users decided to make the best of the situation, sharing memes and jokes.

An image posted by @hziqishak showed cavemen surveying their surroundings carefully. He then accompanied the photograph with a caption that said: “Malaysia people after April 14”.

His tweet struck a chord among Malaysians, who said they could relate to it.

Another Twitter user @yeogurtsmoothie simply posted a photograph of an oversized teddy bear and wrote: “Me on Apr 14”, implying that he would gain weight due to reduced outdoor activities during the MCO.

Explore: Interactive map of all the confirmed cases reported around the world