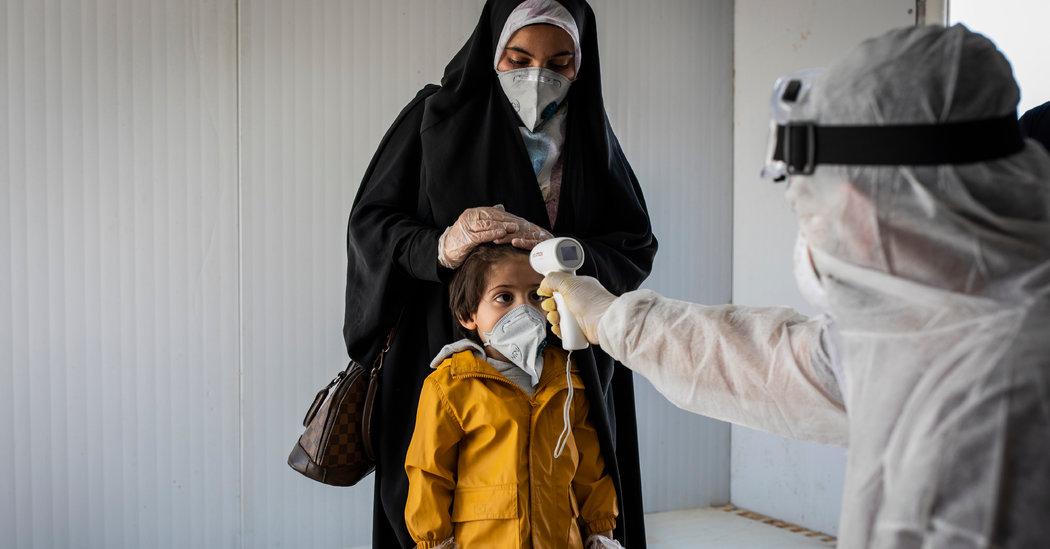 WASHINGTON — Nations reeling from conflict, poverty and deficient health care will be unable to contain the coronavirus without significant international assistance, risking that the disease will ricochet back to recovering populations in a deadly global cycle, the United Nations warned in a new $2 billion appeal to combat the pandemic.

Even as they called on the world to fund defenses against the virus, U.N. officials also urged continuing donations to humanitarian crises to prevent those nations from becoming even more vulnerable to the disease.

“Countries battle their own catastrophes at home” and “are rightly prioritizing their citizens,” Mark Lowcock, the U.N. under secretary general for humanitarian affairs and emergency relief, said in an interview on Tuesday. “But the hard truth is, in order to protect their own people, it’s going to be smart to help the poorest countries engage for this response, too.”

The money to confront the coronavirus in 53 nations suffering from instability — in South America, Africa the Middle East and Asia — is not immediately available. Funds will be raised over the next nine months as U.N. agencies and private aid organizations combine efforts for the appeal, and for a new response plan that will be released Wednesday during an online news briefing. Details of the plan were provided in advance to The New York Times.

In Africa, which the plan identified as among the most vulnerable regions, health services are unequipped to manage coronavirus patients.

The plan cited reports of only 25 beds in intensive care units in Malawi’s public hospitals, serving a population in 17 million, and only six beds in Chad, along with a single available ventilator in the entire country. There are no beds in the intensive care unit of the main infectious diseases hospital in Harare, the capital of Zimbabwe, the plan found.

Refugees fleeing political unrest and poverty in Venezuela have overwhelmed medical systems in neighboring states, as have Rohingya Muslims who faced persecution in Myanmar and escaped to Bangladesh, Mr. Lowcock said.

Palestinians living in refugee camps across the Middle East are at high risk of catching the coronavirus in their densely populated living areas. The U.N. relief agency for Palestinian refugees issued a $14 million emergency appeal last week to respond to the virus during what it called its worst financial crisis ever; the Trump administration cut its funding of about $60 million annually to the organization in 2018.

But the plan also presents a dire scenario if donor nations reduce aid to humanitarian crises worldwide, like famine in Yemen and Syria’s worsening civil war. An estimated 100 million people receive U.N. assistance for a raft of urgent needs — from staving off measles and cholera to preventing malnourishment.

Without continued assistance, the plan concluded, crisis areas “would be the perfect breeding ground for the coronavirus” and could suffer millions of deaths.

The new appeal comes on the heels of the U.N.’s record-high $18 billion raised for humanitarian crises in 2019. Mr. Lowcock acknowledged the financial strain that the coronavirus appeal would impose on donor nations, but also said it was vital to keep the disease at bay.

Mr. Lowcock’s agency has so far distributed $15 million, and will announce about $60 million more on Wednesday.

The World Health Organization, another U.N. agency, has received about $195 million so far from donor nations and $69 million in pledged funding. The W.H.O. has sent masks, gloves and other personal protective equipment to 68 countries; it has also shipped 1.5 million testing kits to 120 countries.

But the U.N.’s overall response to the pandemic so far has been seen as relatively meager and disjointed. The 15-member U.N. Security Council — including the five world powers that make up its permanent members — has also been criticized for failing to move to stop the spread of the virus.

Rob Berschinski, a former senior official at the State Department, the Pentagon and the White House during the Obama administration, attributed the council’s inaction against the coronavirus largely to the political reluctance by two of its key players: the United States, where President Trump is focused on the domestic response, and China, where the virus originated.

“It’s a massive mistake, and one that council members can rectify, if (and it’s a big ‘if’) they can summon the political will,” Mr. Berschinski wrote in an essay published on Tuesday for the Just Security website, based at New York University School of Law.

It is not clear how much money the United States might commit, given Mr. Trump’s suspicion of the United Nations. Secretary of State Mike Pompeo has repeatedly said the United States has provided $100 million in direct assistance to countries across the world, but the State Department has not provided details of where it has sent funding, or how much, despite repeated requests.

Without the U.N. assistance, the 53 nations identified in Wednesday’s response plan would “have no other resources” to treat or protect people from the pandemic, Mr. Lowcock said.

Thomas J. Bollyky, the director of the global health program at the Council on Foreign Relations, called the U.N. plan and funding appeal “very positive measures in settings desperately in need of assistance.” However, he said, the U.N. will need to ensure that aid workers distributing assistance to coronavirus patients do not themselves become sick, highlighting the need for training and teams that can quickly detect infection.

If the coronavirus “takes hold in fragile, conflict-riven countries, it will undermine the safety and efforts of all nations to get this terrible pandemic under better control,” Mr. Bollyky said.