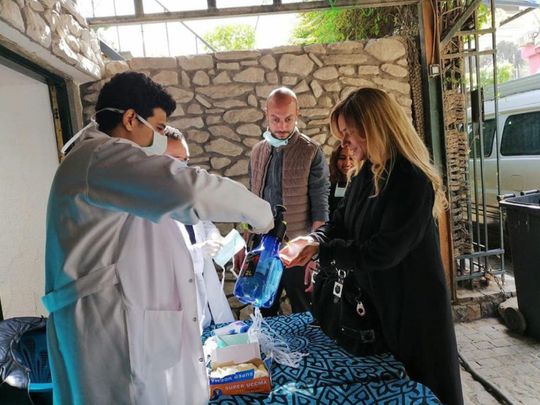 The vast majority of Ramadan TV shows have reportedly stopped filming due to coronavirus concerns.

Ashraf Zaki, Egyptian actor and head of the Academy of Arts, told ‘Al Roeya’ magazine that filming has temporarily been stopped on approximately 80 per cent of all Egyptian TV series set to air this Ramadan, which is expected to begin on April 23. This, to protect the health and safety of crew and cast members.

Zaki added that he is in touch with those in charge of production of series that are still continuing to film, emphasising the importance of following guidelines such as sanitising sets, avoiding traveling far distances and avoiding filming group scenes for the time being.

“It’s important that people understand that these series are a huge and important productions, with millions spent on them, and they put a roof over a lot of people’s heads. Of course, the human beings we have are more important than work and everything else, but that doesn’t mean that we shut down the shows by ourselves. It’s imperative that the country tells us to shut down filming, then we will shut down,” AG co-founder Jamal El Adl told ‘Trending’ in Arabic.

Some projects have reportedly completed filming already, including Ramiz Jalal’s controversial prank show, which has become a regular programme during Ramadan.

Ramadan is set to begin on April 24.