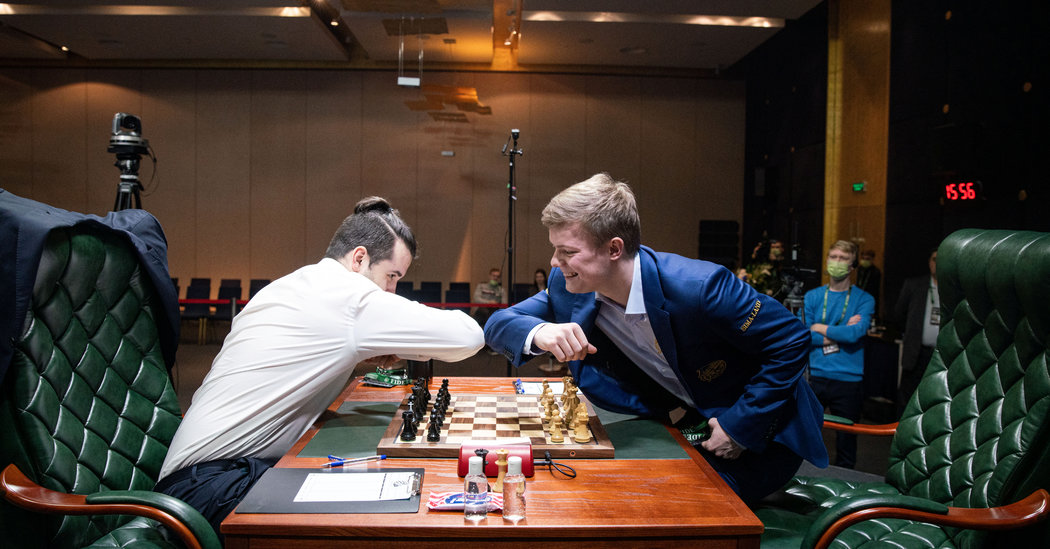 We’ve been focused on the loss of professional sports worldwide because of the coronavirus, but competitions of all kinds are being postponed and canceled. On Wednesday, the N.H.L. became the latest North American league to announce a round of schedule changes, postponing its scouting combine, annual awards ceremony and draft, all of which had been set to take place in June. There was also deflating news about the Scripps National Spelling Bee and the American Crossword Puzzle Tournament.

They may not be the Summer Olympics, but their enthusiasts are lamenting the same sudden voids in their lives as sports fans.

The National Spelling Bee scheduled for this week was postponed indefinitely. The American Crossword Puzzle Tournament, scheduled for last weekend, has been moved to September. And perish the thought, the Eurovision Song Contest was canceled outright. How will the next Abba or Celine Dion, competitors in their unknown days, emerge on the music scene?

The World Series of Poker in Las Vegas, which starts its preliminary events in late May, is still on for now. Casinos on the Strip are closed for now, with many scheduled to reopen after March 31. People from all over the world converging in one place and passing cards around. What could go wrong?

One event proceeding as scheduled is the chess Candidates Tournament in Yekaterinburg, Russia. One of the most important events on the calendar, its winner will challenge the world champion, Magnus Carlsen, for his title.

It’s a rare gathering of human beings in this time of social distancing, but precautions are being taken. There are no spectators, and news media members have limited contact with the players and must wear masks. There are no pre- or postmatch handshakes, with elbow bumps the favored replacement. Players and officials are being checked by doctors twice a day.

Still, the decision to press on certainly drew some critics. One of the eight qualified players, Teimour Radjabov of Azerbaijan, pulled out because of virus fears and was replaced by an alternate.

“When the tournament started” on March 17, “things were unclear,” said Milan Dinic, the press officer for the event. “In Russia, they do not have many cases.”

“They’re playing in complete isolation,” Dinic said. “If someone feels unwell, they will stop the event.”

Maxime Vachier-Lagrave of France and Ian Nepomniachtchi of Russia were the early leaders in the event, which is to run through April 4. The lone American is Fabiano Caruana, who was the last challenger to Carlsen, losing in a tiebreaker after 12 consecutive draws in 2018. He is in third, within striking distance for another shot at the title.

“Fabi is a perfectionist,” said Mehreen Malik, his co-manager. “I think he’s been relaxed and very positive. There is all still to play for.”

“Chess tournaments are tough during the best of times and certainly much tougher now,” Caruana said. “Hopefully it gets people’s minds off of the epidemic.”

The tournament is streaming online, and Chess.com and other sites report strong viewership numbers from quarantined folks desperate to watch some competition, any competition.

Top athletes need to train. But in all likelihood they are currently cooped up inside, perhaps with children underfoot. So they’re getting creative in using what they have.

Kevin De Bruyne of Manchester City did leg lifts, with his children providing the weight. Curiously, while one wore a De Bruyne jersey, the other opted for Raheem Sterling.

For the runner Ben Bruce, training was a treadmill session while shooting arcade basketball with his son feeding him. He reported going at a sub-10-minute pace while scoring 36. Listen to the man, and don’t try that at home.

The Chicago Bulls player Zach LaVine, on the other hand, found his dog Grizzy was a good defensive player in quarantine. LaVine, however, got the shot to fall: 2-0. AirBud, you’re up next.

As usual, there were more cancellations. The Kontinental Hockey League, based mostly in Russia, had stopped play in the middle of the playoffs. Now they have called the season off entirely. Well, Russian fans, there’s always chess.

Horse racing is one of the last sports still trotting along, with races scheduled in Florida, Ireland and South Africa in coming days. But not in Victoria or New South Wales, Australia, where racing was shut down after a jockey flew on a plane with a confirmed coronavirus case among its passengers.

But Belarusian soccer plays on. Round 2 of its Premier League season begins Friday.

There may be light at the end of the coronavirus tunnel. Japan’s J-League, the top soccer competition, has set a date of May 9 to resume play. (And if you’re even more desperate, the second division is to start May 2.)

It may not happen, of course, but we’ll gratefully take the hopeful signs when they come. And maybe someday soon we will crowd out the cancellation news with a slew of sports relaunch stories.