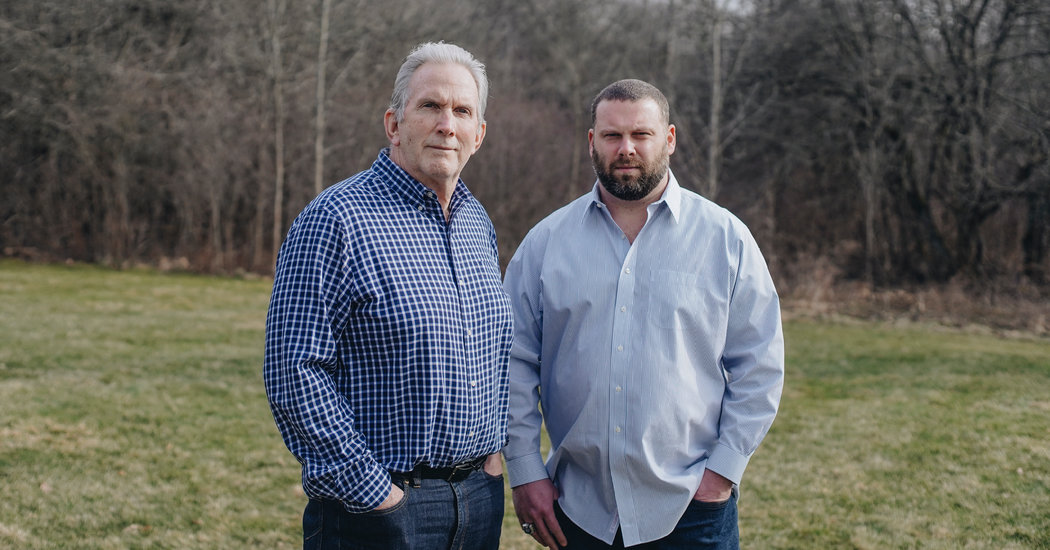 Ed O’Neil left the N.F.L. four decades ago, and over the years he has spent less and less time following professional football. He joined the league in 1974 as a first-round draft pick of the Detroit Lions, and he learned last week that as part of the new, 10-year collective bargaining agreement, he and thousands of other former players will get bumps in their pensions. For O’Neil, who is 67 and began drawing on his pension three years ago, that could mean about $1,400 more per month.

But O’Neil, a retired football coach, is not celebrating. His son, Keith, a former linebacker who played four years with the Dallas Cowboys and the Indianapolis Colts, will see his N.F.L. disability payments decline, another provision of the new labor deal that stipulates that next year about 400 former players on total and permanent disability will see the amount they receive decline by the value of their Social Security disability benefits. Keith O’Neil, who received a diagnosis of bipolar disorder with psychotic episodes in 2010, will get $2,339 less per month.

“It makes me bittersweet because I’m thankful for what I’m getting but I can’t in the pit of my stomach see how they can take away from players who are permanently disabled,” Ed O’Neil said from his home in Pendleton, N.Y., about 20 miles east of Niagara Falls. “Where is the thought process of taking away from guys who can’t work?”

Every negotiation — particularly sprawling labor agreements between a $15 billion league and more than 2,000 players — is a give-and-take. This deal, which was approved by just 60 votes on March 15, had plenty of trade-offs, too, most notably the players agreeing to add a 17th regular-season game in return for an additional percentage point, up to 48 percent, of the league’s revenue.

There were also many small compromises buried in the 456-page agreement, some of which affect the 20,000 former N.F.L. players who did not vote on the deal. Those details cover consequential items in the day-to-day lives of retired players who have no say in their alteration, things like pensions and disability pay, health spending accounts, help for players with neurocognitive problems and rules for how players qualify for benefits.

But while former players have reasons to cheer some of these changes, they also have reason to worry, a division that has played out starkly within the O’Neil family.

“Getting N.F.L. benefits changed everything for me because I couldn’t work,” said Keith O’Neil, 39, who began receiving disability benefits from the N.F.L. in 2013. “We were just getting our feet on the ground, and now we may have to sell our house.”

The decision to reduce payments to some of the league’s most vulnerable former players has elicited outrage. Wives caring for former players on disability have criticized the N.F.L. on social media, and active players have echoed their anger.

“These players signed contracts that they would have total and permanent disability payments, and now they’re going back and changing it,” said the free agent safety Eric Reid, who called the decision unjust and unconscionable. “For the N.F.L.P.A. to say it was a concession that has to be given back, that’s disgraceful.”

DeMaurice Smith, the executive director of the players’ union, said in a letter last weekend that the union agreed to cuts in the disability benefits to win increases in pension benefits, which will help more players.

“It is not a decision we wanted to make or took lightly, but in totality we believe that a system that will ultimately allow more men to qualify for disability payments was better, and that securing pensions for another decade was vitally important during an era when most Americans are losing any economic security retirement from their former employers,” he said.

In a significant victory, roughly 700 players who played at least three seasons and retired before 1993 will secure pensions worth $1,650 a month for the first time. When they left the N.F.L., players needed four seasons of service to qualify for a pension. The new agreement brings these players in line with the requirements for those who retired after 1993.

“In those days, our salaries weren’t so high so we needed a pension,” said Larry Mallory, 67, who played three years for the Giants in the 1970s. “Right now, a lot of older players are going through a lot of tests for their health, and I’m sure this allotment will help them and their families out.”

While the pre-1993 three-year players will benefit the most, more than half of the 20,000 or so former players will see their pension benefits grow by up to $200 a month, to as much as $550 a month for each season they played.

“Did we make everyone rich? No,” said Lisa Marie Riggins, the president of Fairness for Athletes in Retirement, who, with her husband, the Hall of Fame running back John Riggins, pushed the owners and the players’ union to increase pensions for players who played before 1993. “I just wanted to make sure these guys get a bigger check and not have to fill out forms to get it.”

She added that all former players should receive the same increase regardless of whether they took their pensions before the conventional age of 55. (Thousands of players took payments at 45 years old and have received substantially smaller pensions ever since.)

While the N.F.L. owners agreed to expand pension benefits, they persuaded the N.F.L. Players Association to agree to cut disability costs. The trade-off did not sit well with some union leaders. Lorenzo Alexander, a linebacker for 13 years and a member of the union’s executive committee, which oversaw the negotiations, said that the cut in disability payments was one reason he voted against the agreement.

“This was probably our biggest mistake in this deal,” he said. “Over all, we’ve impacted a lot of players. But when you individualize it, for someone who gets up to $30,000 from Social Security, it’s a significant cut.”

“The risk and uncertainty scared them significantly,” he said.

Brian McCarthy, a league spokesman, said in a statement: “Both the N.F.L. and N.F.L.P.A. assessed the relative risks and equity in how we distribute the benefit allocations in the Cap and concluded that we wanted to focus on the method by which all retired players shared in the increases.”

Alexander said he hoped the N.F.L. would consider letting players now on disability keep their benefits and have the new rules affect players applying for disability in the future.

For decades, former players struggled to persuade current players to incorporate their concerns into labor negotiations. In a league in which the average tenure is a little longer than three years, players often prioritize increasing their pay even though they will spend many more years as a former player than as an active one.

Smith’s predecessor, the former Raiders offensive lineman Gene Upshaw, was criticized by other former players for not doing enough to protect their interests. “The bottom line is, I don’t work for them,” Upshaw told The Charlotte Observer in 2006. “They don’t hire me and they can’t fire me. They can complain about me all day long. They can have their opinion. But the active players have the vote. That’s who pays my salary.”

Since Smith took over the union in 2009, former players’ benefits have expanded, though players say that obtaining these benefits can be difficult.

Keith O’Neil hired a lawyer to help him apply for N.F.L. disability benefits. He said he learned about the offset of his disability payment only a week before the agreement was ratified, when his lawyer sent him an email. Now, the N.F.L., with the union’s assent, has rewritten those rules.

“With all the revenues the league can make in a year, you’re going to take it away from guys who can’t work?” Ed O’Neil said. “It’s sinful.”