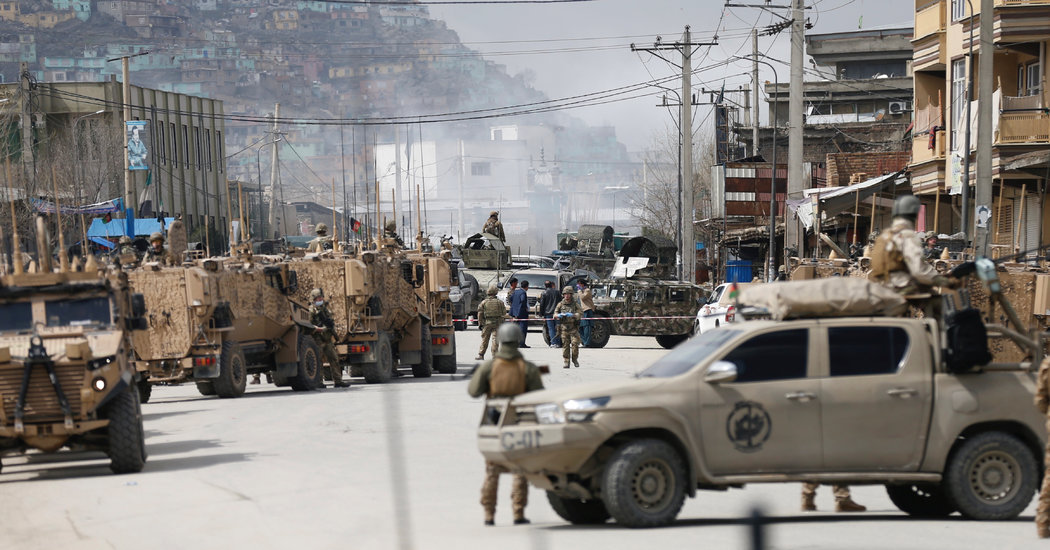 One senior security official, speaking of condition of anonymity to brief a reporter, said that at least 11 people had been confirmed dead so far, but that the number could rise as the operation continues.

More than 20 Sikh families were living at the center, which was attacked in the early morning hours. The police were quickly deployed and were clearing the center, according to the Afghan interior ministry.

“The clearing operation is underway in the temple,” said “According to our initial information, four attackers are involved in the attack,” said Ahmad Tariq Arian, a spokesman for the ministry. Some parts of the temple were cleared and a number of people were rescued, he said, without providing a number.

It was not clear how many people were still stuck inside. Mr. Arian said 40 people were trapped, while Anarkali Kaur Honaryar, a Sikh member of Afghan Senate, said it could be as many as 150.

“Most of our people inside are in danger,” Ms. Honaryar said.

Hindus and Sikhs, once numbering in the hundreds of thousands in the country, are oppressed minorities in Afghanistan who have been frequently attacked in recent years. In July 2018, a large group was attacked by a suicide bomber while waiting to meet President Ashraf Ghani in Nangarhar Province. The blast killed 17, including a candidate for Parliament.

Community leaders estimate that only a couple of hundred Hindu and Sikh families remain in Afghanistan, with the rest migrating to India or the West over the past four decades.

Elsewhere in the country, a vehicle carrying civilians was blown up by a roadside bomb in Musa Qala district of southern Helmand Province, killing eight people, including women and children, local officials said.

Reporting was contributed by Najim Rahim from Kabul and Taimoor Shah from Kandahar.