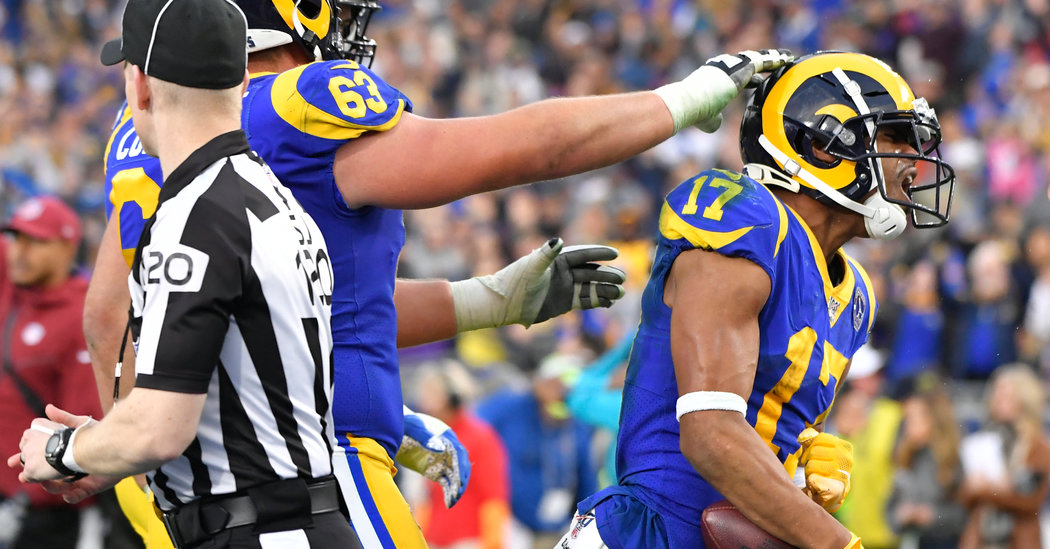 On Monday, the Los Angeles Rams unveiled a new logo, which had been subject to speculation for most of the month. The redesign was the culmination of a two-year process, and the rollout, ahead of the team’s relocation to a new stadium, was clearly important to the Rams. The design process was painstakingly detailed on a website launched just for the occasion.

Kevin Demoff, the chief operating officer of the Rams, said the team’s goal “was to restore the blue and yellow color scheme that the fans love.” Yet despite the good intentions, the reaction to the unveiling of the logo seemed unanimous by Tuesday: Almost everybody hates it.

There were two versions: a new take on the familiar ram’s head, an alteration that drew mostly negative feedback, and the primary logo, an abstract ram’s horn swooping over a capitalized L.A., which drew mostly derision.

“The L.A. mark was crafted with a focus on the horn entwining with L.A., ensuring that the Rams are forever tied to the city of Los Angeles,” the team said in a statement, gliding over the franchise’s 20-year history in St. Louis, where it won a Super Bowl.

The curvature of the horn in the new logo is said to be tied to the so-called golden ratio of about 1.62 to 1, made famous by the Greek mathematician Euclid. Maybe it’s just as well that Euclid died in the third century B.C. If he hadn’t, the social media scorn of the 21st century might have killed him.

How could the team have released a logo that was so despised? “These kind of projects are crazy because there are so many stakeholders,” said Steve Wilson, author of “The Why of Sports Design.”

“The team, the league, Nike — sometimes the actual creatives for the team — don’t get a say. It sometimes leads to not the greatest results.”

Demoff confirmed that the team had worked with design teams from the N.F.L. and Nike (the league’s apparel sponsor), a committee of eight to 10 people, and had gotten feedback from focus groups and fans. Nevertheless, the brickbats outweighed the bouquets.

The L.A. logo kind of looks like the logo of the Angelo State Rams, a Division II college team in Texas. (Angelo State officials did not return a request for comment on the similarity.)

“It’s difficult to find something totally original,” Wilson said. “A lot of the shapes were already part of the Rams’ identity and branding.”

It made some expect weather and traffic updates.

Some fans were reminded of a logo for a television news show, perhaps “Good Day, L.A.”

Others thought it said “internet browser” more than “football team,” comparing the swoosh around the L.A. to the one around Internet Explorer’s “e” or the fox circling the globe in Firefox’s logo.

It reminded some of a well-known figure. “Did they use Donald Trump’s hair as inspiration for the new Rams logo?” one Twitter poster asked.

It scrapped the blueprint.

The design of the new SoFi Stadium, which the Rams and the Chargers will share, mimicked the old logo, some said. So why change it now? (Demoff of the Rams said the notion that the stadium had emulated the old logo was “always urban legend, never part of the plan.”)

It also looks a little bit like the logo of the Rams’ rivals, the Chargers, some said. Wilson wasn’t so sure: “The blues are quite a bit different. A little similarity is not a bad thing, because they are playing in the same stadium.” And Demoff noted: “It’s hard. The L.A. Galaxy, the Chargers, they all have blue and yellow. It’s a popular color.”

“The court of public opinion is huge,” Wilson said. “These are knee-jerk reactions, and people have nothing else to do” because of lockdowns over the coronavirus.

Wilson had some praise for the main logo: “The colors say L.A. It has implied movement, which is always a good thing for a sports logo.”

It remains to seen whether the new logo will find its way onto the team’s helmet, whose current spiraling horns are one of the most recognizable symbols in sports. The team plans to roll out helmet and uniform changes after the N.F.L. draft at the end of April.

Is it too late to sway the team with a social media barrage? Yes. “Those decisions have been made,” Demoff said. But he added: “You never shut out fan opinion.”

The Rams’ Hall of Fame running back Eric Dickerson made his opinion of the new logos clear. “I’m not feeling it,” he told Fox Sports Radio. “And I hope to God that they don’t change the logo on the helmet, because if they do that, it’s going to be a disaster.”