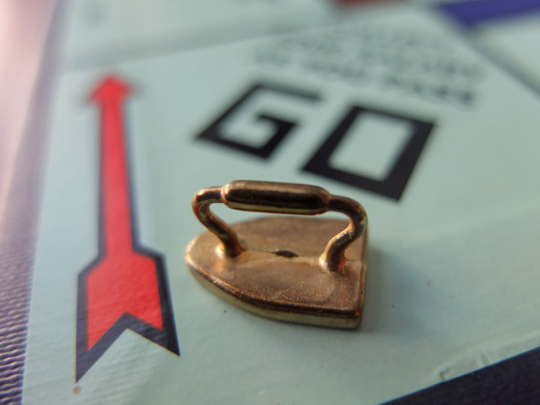 If you’re still trying to figure out how to entertain the kids (and a few adults as well) during self-isolation, nothing truly beats a good old-fashioned board game to while the hours away and keep that competitive spirit alive.

“Classic games like Catan and Ticket to Ride are what we call Gateway Games, easy games to teach but very re-playable,” says gaming guru Jesse Jasper Neyra from Back to Games at Times Square Centre Dubai. “Catan focuses on resource management and trading, while Ticket to Ride requires planning and balancing risk over reward. These are important skills that growing up would be essential not only in completing tasks but also in everyday life. There are a lot of lessons to be learnt through tabletop games…”

Neyra further added that generations can spend time together while having fun over a board game. “I play tabletop games with my parents and grandparents up until now and we always have a blast. I think the cool part is that even with introverted children, and growing up introverted myself, if a kid is in-game they tend to speak up more and parents can use this opportunity to socialise and learn things with them.”

Neyra’s pick of gaming essentials include Bonk, Klask, Dixit and Codenames. “Bonk and Klask are both physical games that require quick reflexes so it’s a fun interactive game for the family. Dixit can play up to six players, and if you get the Odyssey version it could even go up to 12,” he says. “It’s a sure-fire way to get the family playing since rules are simple and it’s all about logic and guessing. Codenames is a staple for all groups. A very accessible cooperative game and a good way to teach vocabulary to kids as well.”

Whether you prefer new-age game boards or some classic wonders, here’s Gulf News tabloid’s pick of 10 tabletop games to keep the fun going even in self-isolation.

Move over Mayfair, we have the Burj Al Arab taking up the pole position on this board. Spots you can virtually own include Shaikh Zayed Road, La Mer, CityWalk, Atlantis Aquaventure, Dubai Miracle Garden and Dubai Frame. And if you really fancy the high life, then Dubai Opera and Souk Madinat are also for the taking, along with Atlantis The Palm Hotel and Resort and the Burj Khalifa.

Monopoly can be played with as few as two people and as many as eight. The objective of the game is to become the richest person and own as much property and land as possible. Each player is handed Monopoly money at the start of the game before rolling the dice. If the property you land on while playing is up for grabs, you can choose to buy it and collect rent every time another players land on it. Along the board, opportunities to pick up Chance and Community cards also crop up that are purely luck based. Players may gain or lose money when they pick them up.

Play mutant monsters, gigantic robots or strange aliens, all of whom are destroying Tokyo and whacking each other in order to become the King of Tokyo. At the start of each turn, you roll six dice, which show the following six symbols: 1, 2, or 3 Victory Points, Energy, Heal and Attack. Over three successive throws, choose whether to keep or discard each die in order to win victory points, gain energy, restore health, or attack other players. Top this off with special cards purchased with energy that have a permanent or temporary effect, such as growing a second head which grants you an additional die, body armour, nova death ray, and more…. In order to win the game, one must either destroy Tokyo by accumulating 20 victory points or be the only surviving monster once the fighting has ended.

The classic whodunit never has a dull moment and can be fun for all ages. Pretend to be Sherlock Holmes as you and the other players (best to have minimum three) race to decipher who, where and how as a crime committed in a mansion. The answers are hidden in an envelope at the start of the game, while you roll the dice and move to different rooms in the mansion, while asking other players questions while trying to deduce the plot. Once a player feels confident they have collected all the facts of the case, they can venture a guess. But if they are wrong, they must sit out and effectively lose the game.

The classic game can even be enjoyed with two players pitted across from each other in word play. Each player receives seven letter tiles that they use to create words to place on the board. Words have to be connected to others on the board, while trying to strategically place your tiles on grids that earn you bonus points. All letter tiles have points assigned to them. The winner is one who finishes their tiles with the maximum score. The points on your leftover tiles must be subtracted from your final score.

Long before the coronavirus brought upheaval into our lives, there was Pandemic, a board game that plays out on a similar premise: the world is battling a pandemic and you are a part of research team that travels around the world to battle the contagion. During each turn, a player can treat infected people, travel to cities, discover a cure or build a research station. A deck of cards provides the players with abilities, but sprinkled throughout this deck are Epidemic! cards that accelerate and intensify the diseases’ activity. A second, separate deck of cards controls the spread of the infections.

Exploding Kittens is a kitty-powered version of Russian Roulette. Players take turns drawing cards until someone draws an exploding kitten and loses the game. The deck is made up of cards that let you avoid exploding by peeking at cards before you draw, forcing your opponent to draw multiple cards, or shuffling the deck. The game gets more and more intense with each card you draw because fewer cards left in the deck means a greater chance of drawing the kitten and exploding in a fiery ball of feline hyperbole.

Players collect cards of various types of train cars they then use to claim railway routes in North America. The longer the routes, the more points they earn. Additional points come to those who fulfil Destination Tickets goal cards that connect distant cities; and to the player who builds the longest continuous route. “The rules are simple enough to write on a train ticket! Each turn you either draw more cards, claim a route, or get additional Destination Tickets,” says Ticket to Ride author, Alan R. Moon. “The tension comes from being forced to balance greed, adding more cards to your hand, and fear losing a critical route to a competitor.”

Got kids at home? Bonk is a fast-rolling ricochet game that’s ideally played with four players. Your goal is to roll steel balls down your slide in order to knock the wooden ball in the central arena into your opponent’s goal. Players compete in teams of two, with each team trying to protect one goal between them. Perfect for some family fun indoors during the self-isolation with the kids.

The Klask game board is shaped like a ball field with two holes functioning as goals at each end of the field. In the middle, three white magnetic pieces serve as obstacles — do not attract them to your own gaming piece, which is a black magnet. You control it by holding a large magnet under the board. The purpose of the game is to push the small, red ball around on the field with your magnet/gaming piece, shoot the ball past the obstacles and your opponent and into the goal.

The geek inside us won’t let this one pass. Perfect for the trivia buffs who are missing out on their weekly pub quizzes, players have various categories to pick from: geography to entertainment. Players move around the board answering questions. When a player lands on a category, they earn the corresponding coloured wedge if they answer a question correctly. The first player to collect all six coloured wedges and answer a final question correctly wins.