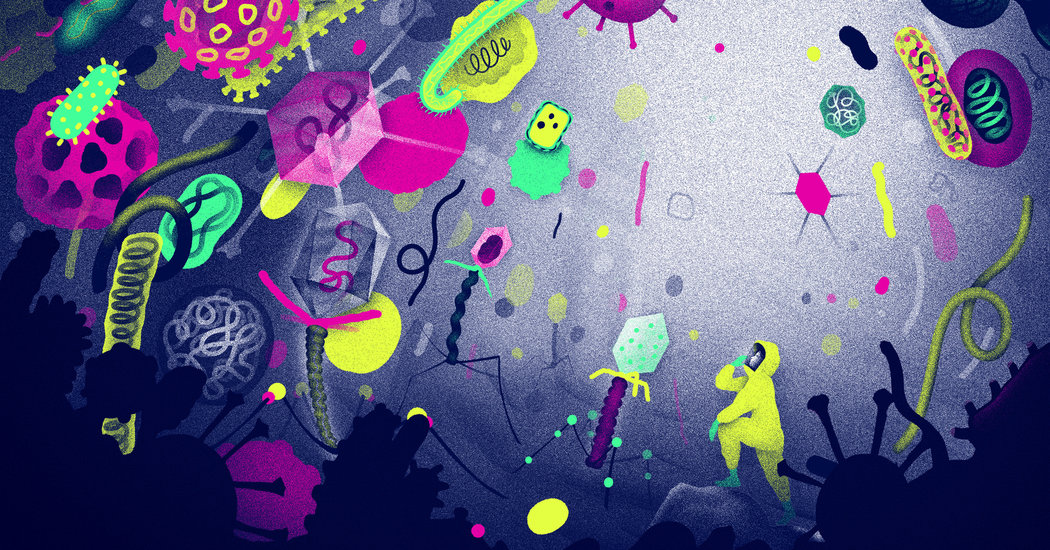 Scientists who study animals and plants can rely on the tried and true classification system first established by Carl Linnaeus in the 1700s. Our species belongs to the class Mammalia, for instance, and, above that, the animal kingdom. Virologists have struggled to figure out the classes and kingdoms of the virosphere. Part of the problem is that viruses have a penchant for trading genes with other species, making it hard to draw bright lines between groups of them.

And very often, a new virus simply makes no sense. An extreme example came to light in February when scientists searching for viruses in a lake found a new one they named Yaravirus. Of Yaravirus’s 74 genes, 68 are unlike any ever found in any virus.

In recent years, Dr. Kuhn and his colleagues have sought to tame this chaos. They have developed what they call a “megataxonomy” to classify viruses that seems to work. The team sorted viruses based on whether they carried one or more of a few “hallmark genes.” They also looked for groups of species that trade genes among each other, and less so with other groups.

“A coherent account of the global organization of the virus world is now within reach,” they wrote in their new paper. Dr. Kuhn, in an interview, said, “We were all a bit surprised this system is so logical in the end.”

Dr. Kuhn and his colleagues submitted their system to the Internal Committee on the Taxonomy of Viruses, which oversees how virologists classify viruses. Dr. Kuhn said that would likely be accepted soon. Still, the megataxonomy is far from complete. Yaravirus, for instance, still floats on its own, lonely and unclassifiable.

Some researchers are skeptical about the megataxonomy. Dr. Holmes thinks it is too soon to attempt one, given that researchers have found so few viruses. “Why build something so rigid when it may just fall as we sample more?” he asked. Dr. Kuhn argues that it’s worth starting to build a system, even if it needs to be adjusted later.

Making sense of the virosphere is not just an intellectually challenging puzzle, Dr. Kuhn said. At Fort Dietrick, he runs experiments on some of the world’s most dangerous viruses, such as Ebola and SARS-CoV-2. A better understanding of the virosphere could help him and his colleagues come up with ways to combat these threats and others we don’t even know about yet.

“We have to understand what is out there,” he said.