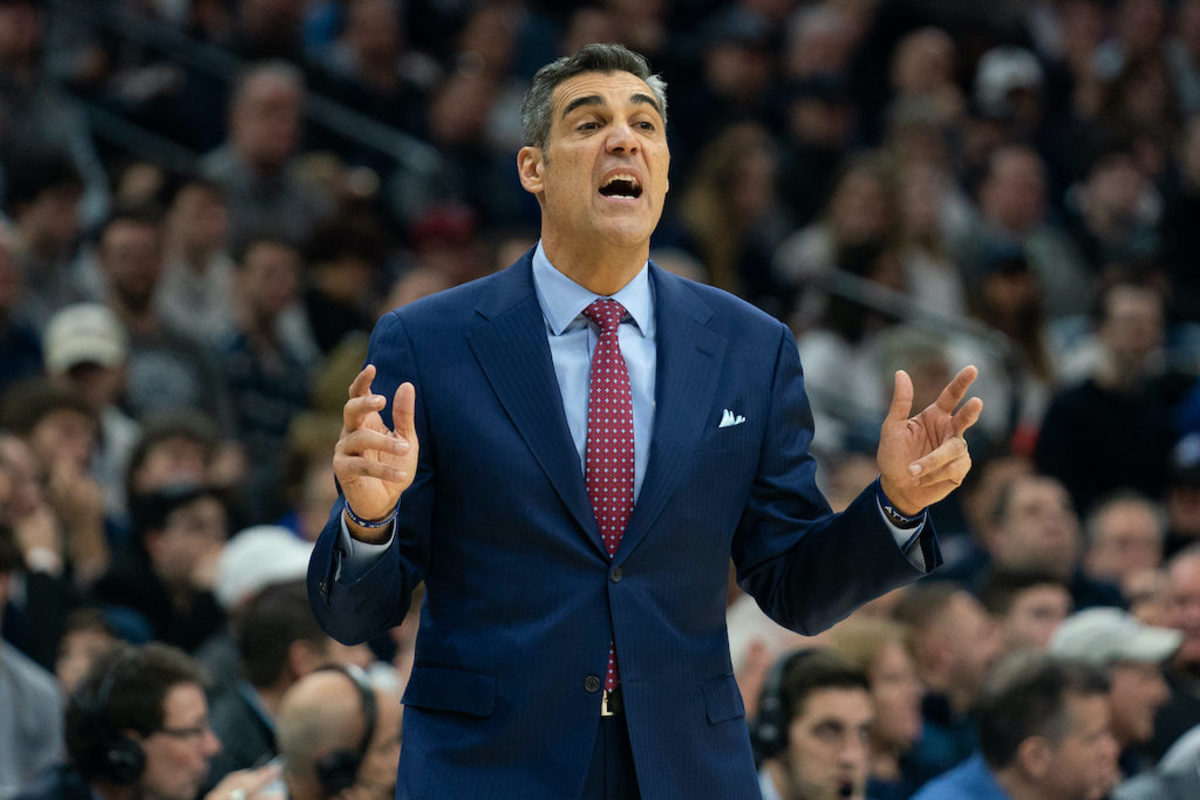 — Part 1 with Wright discussing the effects of coronavirus on the Villanova campus and what he thinks about the NCAA considering a fifth year of eligibility for seniors can be found here.

— Part 2 with Wright discussing how COVID-19 has affected recruiting, the NBA Draft process for players and how his schedule now changes with the postponement of the Tokyo Olympics can be found here.

The final AP Poll of the 2019-20 basketball season was released last Thursday and the Wildcats (24-7) finished the season ranked No. 10 overall. This year’s Wildcats seemed to be peaking at the right time, winning seven of their last eight games, including a huge road win over Seton Hall, who finished up the year No. 15. Villanova finished the year in a three-way tie as co-Big East Champions with Seton Hall and Creighton. Villanova has now won at least a share of six of the last seven Big East regular season crowns. Runs like that don’t happen very often in a power conference.

Wright expressed how proud he was of a young Wildcats roster that was coming together as a team before the season was suddenly cut short.

“We were really excited. We felt like we were starting to come together as a young team that really was just learning how to play together. Everyone was learning their roles,” Wright said. “Before our call, I did a conference call with the Hall of Fame for Saddiq Bey, who was among the candidates for the Julius Erving award. We felt that he was really starting to come into his own and was ready to lead us into the tournament. Collin Gillespie had been banged up. He was now healthy. Jermaine Samuel had missed a couple of games and was banged up. He was healthy. We were really excited about going into the Big East Tournament.”

Wright used one word over and over again to describe how he felt about his team.

“We are proud of the team, proud of finishing as co-Big East regular season champions and finishing No. 10 in the polls. That’s really all we can look at. And we’re really proud of this team’s development.”

If things fall right for Villanova, a third national championship in six years certainly is not out of the question. The Wildcats bring back a loaded roster next season, even if Bey decides to jump to the NBA, as most expect him to do.

The key could be Bryan Antoine, a former five-star recruit who barely played this season due to a shoulder injury, with Tulane transfer Caleb Daniels adding another weapon to an already outstanding backcourt that consists of Justin Moore and Collin Gillespie. If Bey somehow returns to play for another season on the Main Line, then Villanova could easily be the team to beat next season.

Leagues are canceling games, state governors are enforcing bans on large gatherings and both public and private events are being prohibited. As bleak as things currently are, the world persevere. Wright had a message for those on the front lines assisting those in need.

“For all those health workers out there that are working hard and are putting their lives and health on the line, we wish them all the best and we’re grateful for all they do.”

As a world we have seen good times, we will see better times and many of the best times lie ahead both on the court(s) and off.

As the great Helen Keller once said: “A bend in the road, is not the end of the road…unless you fail to make the turn.”

We will all make the turn.

Over the weekend, the networks decided to televise previous tournament games to give NCAA fans a welcomed distraction while being mandated to their homes during the pandemic. One of the games they chose to re-air was the 2016 National Championship between Villanova and North Carolina.

“It was amazing how many people watched it. I was getting texts all during the game from people all over. Just saying, what a great relief and a distraction seeing this game afforded many of us. I even had some Villanovans tweet reactions of the young kids who were watching the game for the first time, not knowing the outcome. Four, five, six year old kids jumping up and down after Kris Jenkins hit the game-winning shot at the buzzer. Much the same as we all did ourselves back in 2016.”

Wright astutely referenced an underlying positive aspect missed by many during this time of home confinement.

“It was definitely a nice respite on Sunday afternoon to take our minds off this chronic virus and let us all look back in time a little bit. We rarely do that (in life). We have a saying within our program: Be here now. Make the best of every day. The best you can do is make sure you are focused on where you are at the moment and you’re doing the best you can do at that moment in time. We don’t look back a lot in life and that kind of gave us a chance to do that and we really enjoyed it.”

The pandemic, if anything, has forced us all to slow down, and in that time we should make the best of every day and look ahead to brighter days. In the meantime, it’s important to make the best of these tough times.

With all live sporting events being taken away, many are turning to the world of hypothetical sports. Along those lines, Wright was asked perhaps the hardest “what if” question.

Players often banter about this very question among themselves on social media. Who was the better team, the 2016 Villanova National Champions or the 2018 version? It will easily go down as the most contested question in Villanova lore among players and fans, but Wright didn’t take the bait.

“I can’t go there,” Wright said with a smile. “But these guys, they set up summer games to play against each other when they’re back here. They talk so much junk about this to each other. It’s comical to me and it’s amazing to me how Jalen Brunson and Mikal Bridges automatically choose the 2018 team even though they were a huge part of our championship in 2016. It’s funny when they argue it, you know, like that’s their team.

“It’s just amazing to see how young Bridges and Brunson were and to see Donte DiVincenzo, who was on the bench in street clothes, and looked like a 12-year-old. Bridges, Brunson and Phil Booth grew up (2018) and were a lot different than they were back in that 2016 season. I’m sure that’s why the 2018 team feels the way they do.

“I can’t go there now, buddy. Those guys would kill me.”

Let the debate rage on.

Even With No NCAA Tournament This Year, ‘One Shining Moment’ Lives On

How One Coach Lost Everything With a Single Punch