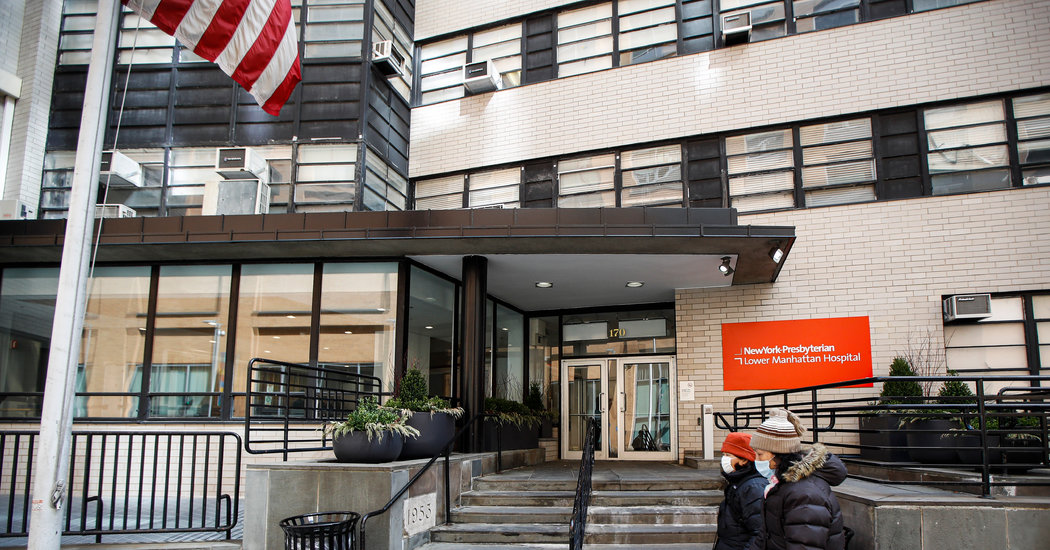 Elsewhere in New York City, hospitals are taking a different approach, though the situation is fluid and may change rapidly. So far, N.Y.U. Langone is still allowing one support person to be in the delivery room, Deborah Haffeman, a media relations manager for the hospital, said Monday.

In other parts of the country, hospital policies have become increasingly restrictive, with hospitals reducing the number of visitors to just one person.

At UCSF Health, which on Sunday started a nationwide registry of pregnant women with suspected or confirmed Covid-19, one visitor is permitted in the labor and delivery rooms. And in Washington State, where 110 people have died from the virus, women delivering at U.W. Medicine are allowed one partner (or family member) and one support person, such as a midwife or a doula, said Dr. Catherine M. Albright, an ob-gyn at the U.W. Medical Center.

“I think there would be, especially in Washington State, a very big backlash to not allowing a support person for women in labor,” Dr. Albright said.

According to the American College of Obstetricians and Gynecologists, continuous one-to-one emotional support from someone like a doula or a relative is associated with improved outcomes for women in labor. Benefits include a lower likelihood of cesarean section, increased patient satisfaction and a shorter duration of labor.

Jo Song, who is 40 weeks pregnant and lives in New York City, had considered traveling to another state to give birth, even going so far as to reserve a rental car, she said. But after speaking Monday with her doctor at Mt. Sinai West, she and her husband have decided to stay.