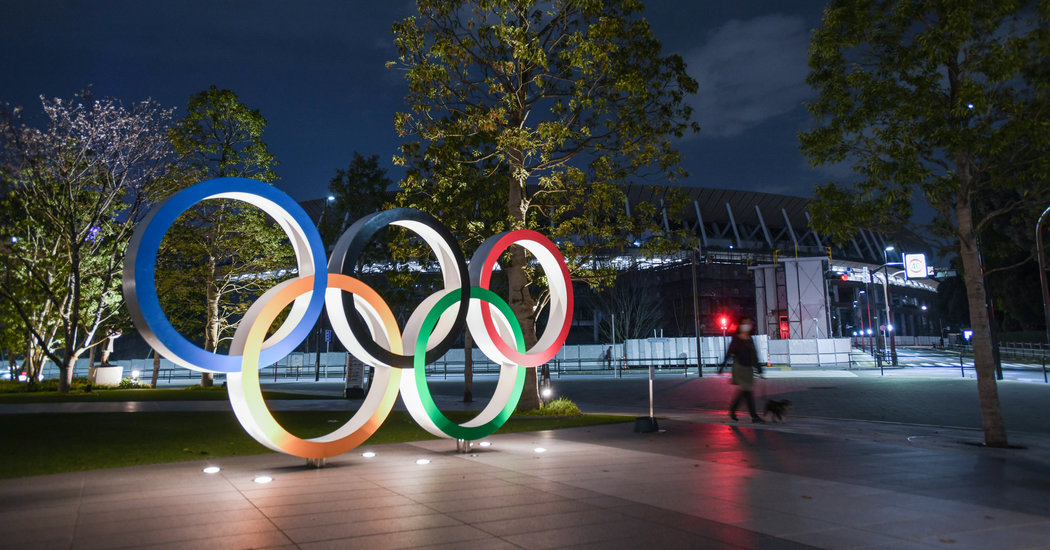 TOKYO — After months of internal discussions and mounting pressure from nations and athletes across the world, the International Olympic Committee will postpone the Summer Games that had been scheduled to begin in late July in Tokyo, Prime Minister Shinzo Abe of Japan said Tuesday.

Instead, the Games, the world’s largest sporting event, will take place in the summer of 2021, a change that will wreak havoc with sports schedules but should bring great relief to the athletes, organizers and health officials who had increasingly pressed that the coronavirus pandemic made it unsafe to go forward with the event.

The decision became inevitable after the national Olympic committee in Canada announced on Sunday that it was withdrawing from the Games, and Australia’s committee told its athletes that it was not possible to train for this summer under the widespread restrictions in place to control the virus. The United States Olympic and Paralympic Committee, after initially declining to take a stand, joined the fray Monday night, urging the I.O.C. to postpone.

In announcing the decision, Abe said that he had asked Thomas Bach, president of the I.O.C., for a one-year delay and that Bach had “agreed 100 percent.” I.O.C. leaders have acknowledged the disruption but said that a delay was the only way to ensure that athletes could train safely and the more than $10 billion that Japan has spent to prepare for the Olympics during the past seven years would not go to waste.

In 2013, Tokyo beat out Madrid and Istanbul to win hosting rights for the event. Bach had said last week canceling the Games would not be an option.

In recent years a growing number of cities and countries have balked at bidding to host the Olympics. Abandoning the event after all that has been invested might have doomed the I.O.C., further discouraging cities from offering to host future Games. Without cities willing to take on the immense expense and inconvenience that comes with hosting the Games, the Olympics would cease to exist.

The postponement of the world’s largest sporting event came after numerous other delays or cancellations in Japan and around the world. This month, the N.B.A. suspended its season in the United States, and Japan canceled its spring high school baseball tournament for the first time since World War II. League soccer play has been suspended in Japan, and the Asia Sevens Invitational rugby tournament was canceled.

In a conference call in March between the World Health Organization and the medical officers for the international sports federations that oversee Olympic events, participants discussed worst-case scenarios, including the possibility of holding the Games without spectators. Ultimately, organizers decided that delaying would allow more time to bring the virus under control.

At a time when Japan’s economy is already stumbling, the delay of the Olympics could deal a serious blow. In a report early this month, SMBC Nikko Securities Inc. projected that a cancellation of the Games would erase 1.4 percent of Japan’s economic output.

One of the trickiest aspects of moving the Games is handling the broadcast rights that drive revenue for the International Olympic Committee. Nearly three-quarters of I.O.C. revenue comes from broadcast rights, and about half of those fees are paid by the American broadcaster NBC. Experts said its likely broadcaster and other Olympic partners may seek a reduction in their fees.

Postponing the Games for a year will yield significant complications. The international governing bodies for track and field and swimming are set to hold world championships then and will have to work with their athletes and host cities to push those events back, as will other international federations with major events on the calendar.

However, keeping the event in the summer means most of the top professional athletes, including golfers and tennis, basketball and soccer players, may still be able to participate. At other times in the year, they have commitments to their usual teams and leagues. Also, the Games organizers will not have to worry about television audiences, which probably would have shrunk if the Olympics had to compete with the busy fall sports schedule in the United States and across Europe — including the N.F.L., playoff baseball and the Premier League.

Moving the Games to the summer of 2022, another option, carried its own logistical challenges. In 2022, the I.O.C. is set to hold the Winter Games in Beijing. Also, soccer’s World Cup, which rivals the Olympics for the globe’s biggest audience, is scheduled for the end of 2022. Three events in a calendar year would have put significant financial pressure on Olympic sponsors, several of which also commit hundreds of millions of dollars to both the Winter Games and the World Cup and are now reeling form the collapse of the world economy.

Until now, the Olympics had not been canceled or postponed since World War II. Tokyo was supposed to host the Summer Games in 1940 but had to bow out after it went to war with China. The Games were then awarded to Helsinki, but were canceled after the outbreak of the war in Europe. Helsinki ultimately hosted the 1952 Summer Games, and Tokyo held them in 1964.

The Summer Olympics are the world’s largest sporting event, attracting more than 10,000 athletes from more than 200 countries, and the I.O.C. prides itself on being a peace movement that brings the world together every two years at the Winter and Summer Games.

With that in mind, as well as the billions of dollars that had been invested in the Games, Bach postponed his decision for months, waiting to see if the threat of the pandemic would dissipate. Ultimately, the prospect of making the situation worse proved too great a risk for an organization that relies largely on the good will of people and governments around the world for its survival.

The coronavirus initially broke out in China in December but quickly spread across Asia. While it appears to have stabilized somewhat in Japan, the health experts remain concerned that bringing together people from disparate parts of the globe — especially athletes who live closely in a village — might ignite an additional outbreak.