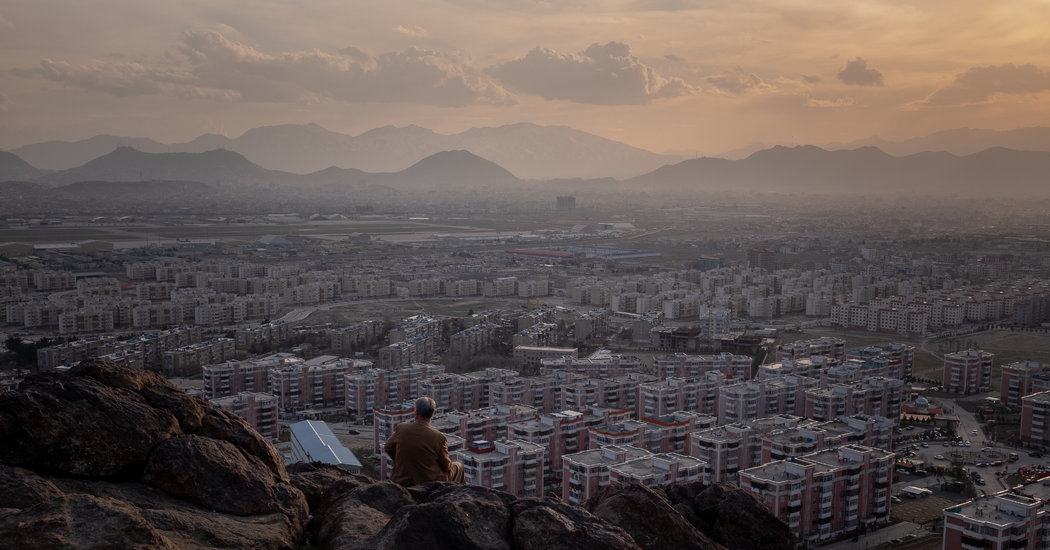 KABUL, Afghanistan — As President Trump repeatedly expressed fatigue with the long Afghan war, the concern among leaders in Kabul was not that the United States would pull American troops out of Afghanistan but that it would cut crucial funding.

On Tuesday, a day after a frustrated American officials announced $1 billion in immediate aid reductions and threatened to cut $1 billion more next year, President Ashraf Ghani put on a brave face.

In an address to the nation, Mr. Ghani said that his government had contingency plans and that aid cuts would not affect central functions.

But in private, several of his senior officials, as well as lawmakers and economists, expressed deep concern.

The United States cut the aid because Afghan leaders were unable to resolve a political impasse that is threatening to derail an American plan to end the long conflict.

But Afghans now fear the decision could push the country, almost entirely dependent on foreign aid, past the tipping point. They believe it could lead to the unraveling of an already challenged government and the disintegration of a weary and overstretched security force.

Afghanistan uses foreign aid not just to pay basic expenses but also for its war against the resurgent Taliban. Mr. Ghani has said his army would not last more than six months if the United States cut funding. At the end of the Soviet invasion in the 1980s, the Moscow-backed government of Afghanistan collapsed when the money dried up.

“The fighting continues in 10 to 16 provinces every day. More than 50 percent of our people are below the poverty line and we are mostly reliant on international aid,” Shahgul Rezai, a member of the Afghan parliament, said. “Afghanistan may not be able to survive the reduction.”

Now the country faces not just the shock of an abrupt funding cut but also several more crises — a split government, the raging war with the Taliban and the spread of the coronavirus — that have brought it to a brink.

On Tuesday, Afghanistan’s health minister said coronavirus could infect up to 80 percent of the population. The American-led NATO military mission said four of its service members had tested positive, and 1,500 were being screened.

Months of political tensions, leading to a split government where two men have declared themselves president, have tested the limits of the unity of Afghan forces, already drained by a bloody fight with the Taliban. Some officials fear cracks are emerging in the force, which has cost the U.S. alone about $90 billion to build.

“The reduction will not only affect the civilian aid provided by the United States, but it will also affect the Afghan military, which heavily relies on U.S. aid,” said Abdul Qader Qalatwal, another lawmaker. “If they don’t receive the support they need, there can be factions within the army, which may even lead to the division of Afghanistan.”

Secretary of State Mike Pompeo, who announced the cuts after last-ditch, failed negotiations between the two rival Afghan leaders, did not provide details on what sectors of aid would be affected. But given the amount, it would necessarily cut into the funding of Afghan forces.

The U.S. provides about $4 billion in security aid every year and roughly $500 million in civilian aid. About 75 percent of Afghanistan’s public expenditures every year are dependent on international donations.

Gen. Austin S. Miller, the top American and NATO commander in Afghanistan, tried to reassure Afghan security leaders about the commitment of the United States government. He urged neutrality for the security forces — a role he has repeatedly found himself playing during the political crisis.

“We’ll let the politics sort itself out,” General Miller said in a video conference call with Afghan security leaders. “We know we’ll work through the political difficulties.”

Mr. Pompeo arrived in Kabul on Tuesday, traveling halfway around the world during the coronavirus crisis to see if he could achieve what weeks of diplomacy by his special envoy on the ground had failed to. The victory of President Ghani, who was declared winner of a second term in last autumn’s election, is being challenged by his rival Abdullah Abdullah, who has also claimed the presidency.

Political instability has been a hallmark of American presence in Afghanistan, often undermining both the war and the development efforts. Three out of the four elections since the U.S. invasion have been disputed to the point of requiring American intervention.

When Mr. Ghani pushed for elections to go ahead last September just as the United States was finalizing a deal with the Taliban, many feared a political crisis over the results was inevitable and could tear the country apart before the government ever sat across the table from the Taliban.

Mr. Ghani and Mr. Abdullah were also enmeshed in an election dispute in 2014, when Secretary of State John Kerry spent several days in Kabul negotiating a coalition government that made Mr. Ghani president and Mr. Abdullah the government’s chief executive.

Last month, when the election commission declared Mr. Ghani winner and Mr. Abdullah immediately cried foul, the United States held back from recognizing Mr. Ghani’s victory for nearly two weeks. It hopes it could use formal recognition as leverage to bring the two leaders into a united government and shift the focus to the stalled peace process.

But the two men could not reach an agreement.

Mr. Abdullah, who says Mr. Ghani rushed the vote audit process and won unfairly with a thin margin, was willing to accept a version of coalition government similar to the one negotiated after 2014, as long as the 2019 election results were nullified and Mr. Ghani’s legitimacy as president came from a political understanding.

Mr. Ghani, on the other hand, was willing to give Mr. Abdullah a role in the peace process and his allies positions in the cabinet. But he was firm on not repeating the failed 2014 experiment in double-headed governing.

Mr. Ghani went ahead with his inauguration, in a show of strength, as his close circle advised him to, according to two senior officials. That prompted Mr. Abdullah to inaugurate himself, too.

By the time Mr. Pompeo arrived, the knot had grown too complicated to undo.

A senior state department official, in comments to reporters before Mr. Pompeo began an eight-hour effort shuttling between the two leaders, made clear that the secretary of state had come with a stern warning of the consequences if the two rivals failed to come together.

“The United States is disappointed in them and what their conduct means for Afghanistan and our shared interests,” Mr. Pompeo said in a harsh statement soon after he left Afghanistan, announcing the cut in aid. “Their failure has harmed U.S.-Afghan relations and, sadly, dishonors those Afghan, Americans, and coalition partners who have sacrificed their lives and treasure in the struggle to build a new future for this country.”

Laurel Miller, director of the Asia Program at International Crisis Group and a former U.S. diplomat who dealt with Afghanistan, said American governments had hesitated in the past to use aid as leverage because their strategy had depended on the survival and success of the Afghan government.

“Huge slashes of aid would mean the U.S. is no longer seeing the government’s survival as necessary to protect U.S. interests,” Ms. Miller said.

A senior Afghan official said the failure of the United States to unite the factions around the peace process had raised a telling prospect: Many of Afghanistan’s political factions may already be positioning themselves for new alliances after America’s exit, taking their cues from U.S. rivals such as Russia or Iran.

Several senior Afghan officials acknowledged that the political crisis between Mr. Ghani and Mr. Abdullah, at a time when the United States had already announced its phased exit from Afghanistan, was only benefiting the Taliban waiting in the wings.

That a disappointed Mr. Pompeo flew from Kabul to Qatar and met with the deputy leader of the Taliban reinforced the American focus on not letting the Afghan political crisis derail the exit from the war. The deputy, Mullah Abdul Ghani Baradar, came to meet Mr. Pompeo at a Qatari corner of a military base the host country shares with the United States.

Statements from both sides said the troop withdrawal was going ahead as scheduled.