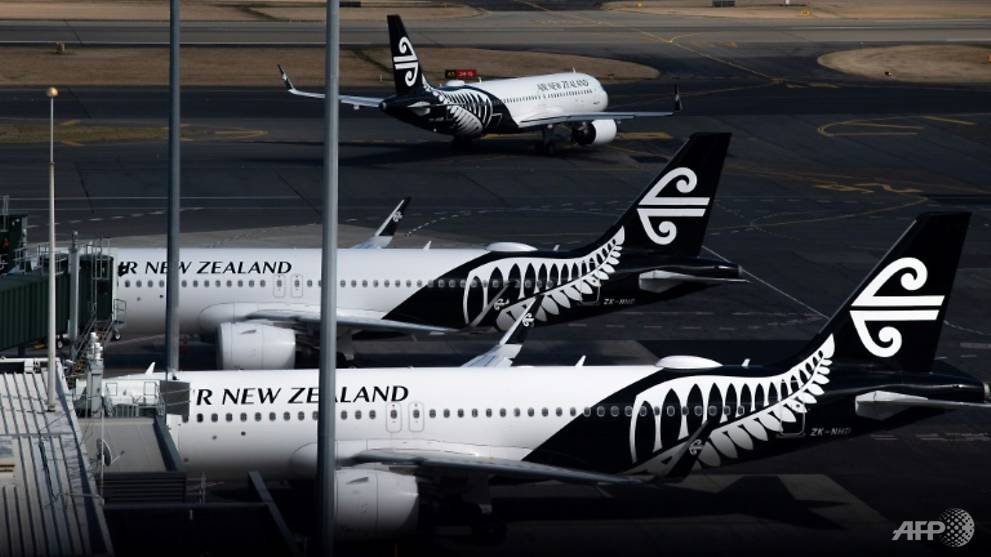 WELLINGTON: Police were called in as huge crowds swamped a New Zealand ferry terminal on Tuesday (Mar 24) with people rushing to get home before a four-week coronavirus lockdown begins, as panic buying stripped supermarket shelves bare.

Tensions rose as hundreds of desperate travellers tried to secure spots on the roll-on, roll-off ferries that link the country’s South and North Islands in Picton.

“An influx of people who don’t have tickets for a crossing are turning up,” police said, advising those without bookings to stay away.

READ: ‘Help us fight this’: New Zealand PM appeals for cooperation as COVID-19 cases jump by 40 ahead of lockdown

Air New Zealand, which is running a skeleton international service, laid on extra domestic flights to get people home before the initial lockdown deadline begins at 11.59 pm (1059GMT) Wednesday.

In response to the chaos at ferry terminals and airports, the government granted a two-day extension until Friday for those returning home to self-isolate.

Prime Minister Jacinda Ardern acknowledged many people were facing difficulties getting home but called for patience.

“Never before have we sought to shut down our country in 48 hours … I know it’s stressful, particularly for those at ferry terminals, but we will work through these issues,” she told reporters.

“We will clear people to get home.”

Police were also monitoring huge queues at supermarkets across the country amid panic buying, despite assurances from authorities that supplies remain plentiful.

Countdown, one of the country’s largest supermarket chains, said three weeks of unprecedented demand peaked with a shopping frenzy after Ardern announced the lockdown on Monday.

“It’s got to stop guys,” Countdown spokeswoman Kiri Hannifin told Radio New Zealand “It’s not our fault the shelves are empty, it’s the way people are shopping, and it really isn’t necessary.”

Meanwhile, Deputy Prime Minister Winston Peters told tens of thousands of New Zealanders who had been holidaying internationally and were now stranded overseas to stay where they are for the moment.

“It has become very difficult to return to New Zealand from all around the world,” he said in a statement.

“We are reaching a point where the best option for most New Zealanders offshore is to shelter in place, by preparing to safely stay where they are.”

New Zealand has 142 confirmed COVID-19 cases and Ardern said numbers would continue to rise until the lockdown took effect.

“I wouldn’t expect to see a slowdown for 10-12 days, so people should not be alarmed if they see the numbers continue to grow,” she said.

“They should not believe that means we are not being successful.”