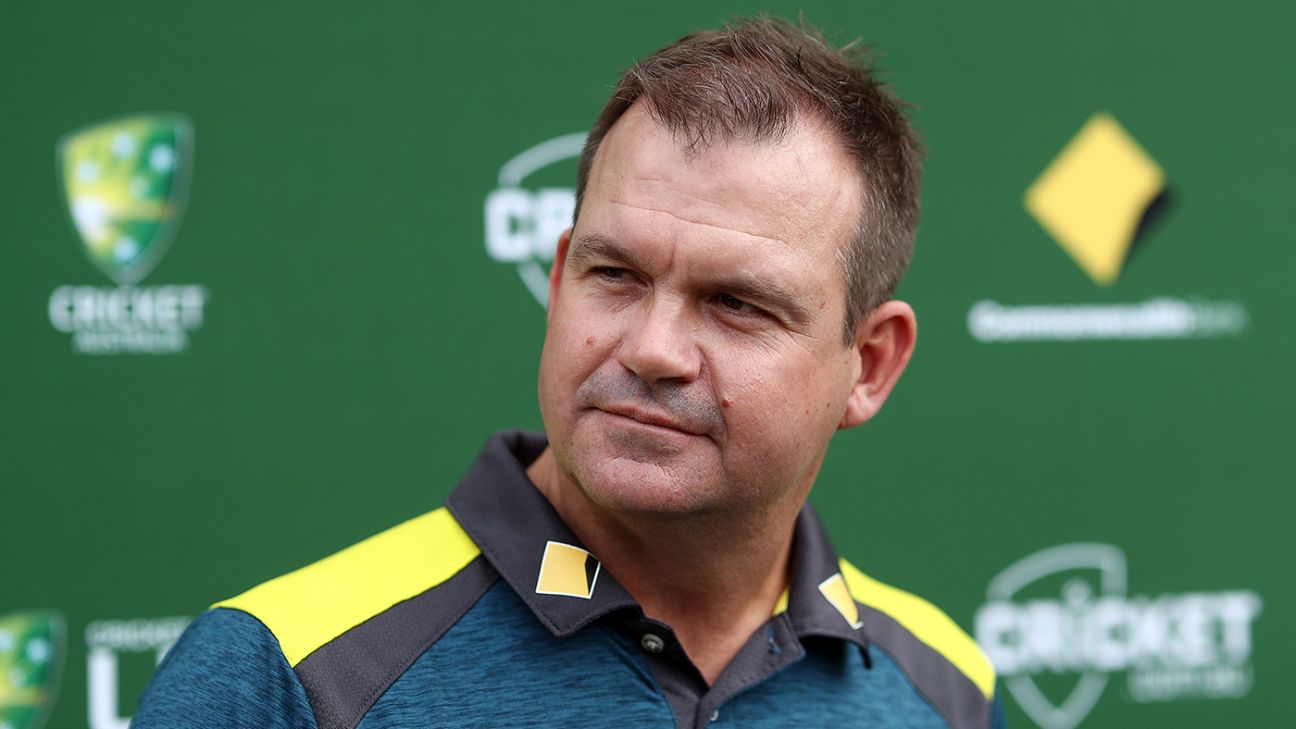 A postponement in moving Cricket Australia’s headquarters and a drastic cut down in travel may be among the measures the governing body will make to save cash in the time of coronavirus, while any decisions to reduce staff or salaries will be delayed as CA attempts to “absorb” the global pandemic within the business.

CA has been compelled to look into a raft of saving measures to keep what cash the organisation can. This is over and above cash reserves that were around A$26 million entering the summer, augmented by the recent payment of rights fee instalments from Fox and Seven. CA had been planning to move its headquarters into rented office space while renovating its longtime headquarters in Jolimont, Melbourne, one of two large office properties the governing body can name as assets, alongside the A$29 million National Cricket Centre in Brisbane.

Matthew Mott, coach of the T20 World Cup winning women’s side, said that while the message to all staff had been that CA would do its best to absorb the global suspension of sport to limit spreading of coronavirus, ways and means of becoming more efficient needed to be found in all departments of the organisation.

“I can only go on the messaging we’ve had from our senior management, and this is an awful thing to happen to the whole of society, but in terms of timing we’ve been incredibly lucky,” Mott said. “We can shut down over Easter, we can shut down a few off-season programs. There will be huge financial implications, but timing wise if we were going to suffer something like this, the timing is not too bad.

“We’ve been assured we’ve just got to make sure we come up with some really constructive feedback on how we can save some money going forward, but the expectation at the moment is that CA as a business can absorb this.

“Obviously the longer it goes on, it’s going to put more pressure on everyone. I haven’t got a crystal ball, I don’t know how long this is going to last, nor does anyone, but in the short to medium term we’ve been assured that we’ve got enough equity and agility within the business to be able to absorb it, and we just need to be smart and pretty clinical about how we prepare and get our players ready.”

In addition to having all staff work from home as of last week, CA will be able to find savings from a dramatic reduction in domestic and international travel, while the taking of paid annual leave among staff will be another option available to take cost off the governing body’s books. Mott was certain, however, that the women’s game would not be subject to cost-saving that might serve to stem the momentum that flowed from the World Cup and its technicolour finale, when Australia beat India in front of an 86,000-plus crowd at the MCG.

“What we saw at the MCG just showed if you put the work in behind the scenes and you promote the game then the audience is there,” Mott said. “I think if anything the whole business is just going to have to be more efficient, and there’s going to be things that are cut out, it’s just the nature of where we’re at. I’m sure there’ll be input in both male and female programs about how we can get the best bang for our buck, and how we can be a lot more efficient. Everyone needs to work out what’s going to be the best for their programs, and how they’re going to make them run most efficiently.”

It is a common lament among retired athletes that they never get the chance to stop, reflect and make balanced life decisions in the hurtling momentum of careers that last far less than half as long as those working regular jobs. Now, all of the world’s athletes will be taking stock, no matter where they sit on the road from rookie to veteran.

“We’ve certainly put out messaging to our players, we’re going to have a break during this period here now, but often in those breaks you still think ‘I’ve got to do this, I’ve got to do that’. Not just cricket but sport and the community, it’s a great opportunity to reflect on what’s important,” Mott said. “I think it’ll wear thin after a while, but I’ve absolutely loved being able to hang out with my family on the weekend, cook meals together and spend time together and just hang out.

“There’s no pressure to be catching up with other people or stuff like that. I do think it is a great opportunity for everyone just to take stock, work out what’s really important in their lives, and just plan out what are the next steps. All these things have a funny way of happening for a reason. I think if you take a positive mindset towards them, you can really make them work for you.

“I know there’s going to be people out there that are really struggling making ends meet, and it’s going to put a huge amount of financial pressure on a lot of people in our community and that’s incredibly sad, but there’s a lot of people also who can use this as a real positive driver to just work out what’s really important in your lives and make sure that when we get out of this situation, which we will, that we can really crystallise what’s important for us as a community and how we want to take ourselves forward.”

Two players who were already looking at time for reflection were Ellyse Perry (torn hamstring) and Tayla Vlaeminck (foot stress fracture) who did not make it to the end of the World Cup campaign. Mott said that both were tracking to be fit to play within the normal timeframes for their respective injuries. Whether there will be any cricket to play yet by the time they are ready is another matter entirely. “It probably eases both their minds a little bit,” Mott said, “that they’re not missing out on as much as they would if we were over in South Africa.”