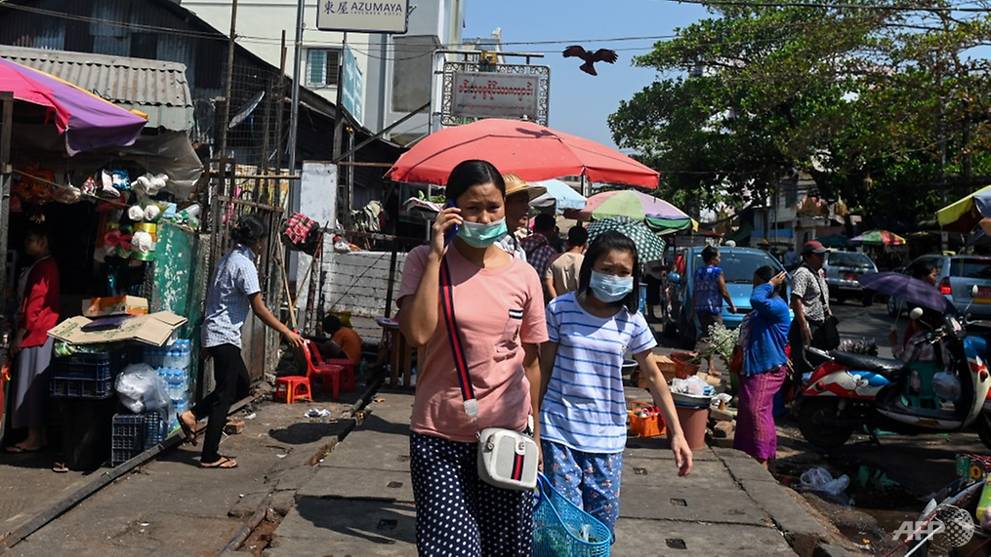 This assurance came from WHO representative to Myanmar Stephan Paul Jost, as news of the two positive cases sparked panic buying in Myanmar.

Up until late-February, Myanmar had to send samples of suspected cases to Thailand for testing.

But since Feb 20, Myanmar’s National Health Laboratory has been equipped with COVID-19 test kits, donated by countries including Thailand, Japan, US, Singapore and China.

Each test kit is one-time use, but a suspected patient will have to be tested at least three times for accuracy, Dr Jost said.

“Myanmar is not going to run out of test kits anytime soon – and there’s no need to panic,” said Dr Jost, adding plans are under way for Myanmar to obtain more test kits, including possibly from South Korea, which he said has extra capacity to make donations to Myanmar.

To date, Myanmar has tested at least 215 people since the start of the outbreak – working out to an average of two people a day.

A public healthcare official, who spoke on anonymity, told CNA the test criteria for COVID-19 are high, which is why thus far, only around 200 people are tested in a country that has a population of 54 million, on top of foreigners entering the country.

The public healthcare official said: “Myanmar’s infectious diseases model is not planned to handle a crisis that potentially has a large number of casualties, or would tax heavily on the country’s healthcare resources.”

But Dr Jost argued no healthcare model in the world is built to handle mass numbers of casualties.

He admitted Myanmar has its shortcomings in the healthcare system, which is why the authorities have been putting safeguards in place since the outbreak in China.

“Myanmar knows it cannot put its public healthcare system in the back seat and it didn’t allow that to happen,” he said.

The efforts include Myanmar forming a high level committee to cope with the virus as early as January.

Myanmar also turned a plane back to Guangzhou in late-January, after one passenger presented flu-like symptoms.

In early March, Myanmar banned a cruise ship from docking in Yangon, citing concerns the vessel had passed through places with cases of COVID-19.

According to state media, the 26-year-old man arrived in Yangon on Sunday – a day after Myanmar rolled out travel restrictions, including subjecting visitors who had been to the UK in the last 14 days to be quarantined for two weeks.

Despite not presenting COVID-19 symptoms, the 26-year-old man was tested positive for the virus on Monday.

The other traveller is a 36-year-old man who entered Myanmar on Mar 13 – days before Myanmar tightened travel restrictions. He was tested only after he saw a doctor when he came down with fever on Mar 19.

But by the time he was diagnosed on Sunday, the man had left a 10-day trail within Myanmar as he had travelled to Chin State in the country’s northwest.

The two men are now in isolation and said to be in good health. The authorities are currently contacting those whom the two men had been in touch with.

Dr Jost said Myanmar’s top priorities now are to “continue to expand testing, continue to contact-trace, continue to isolate the virus and break the chain of transmission”.

Observers have raised concern over the lack of cases in Myanmar before Monday’s detection.

But Dr Jost stressed Myanmar is going all out to put aggressive healthcare measures in place, beefing up capacity to test, detect, contact-trace and isolate cases.

“Now’s the time for cool-headed and rational decision-making and support,” Dr Jost said.