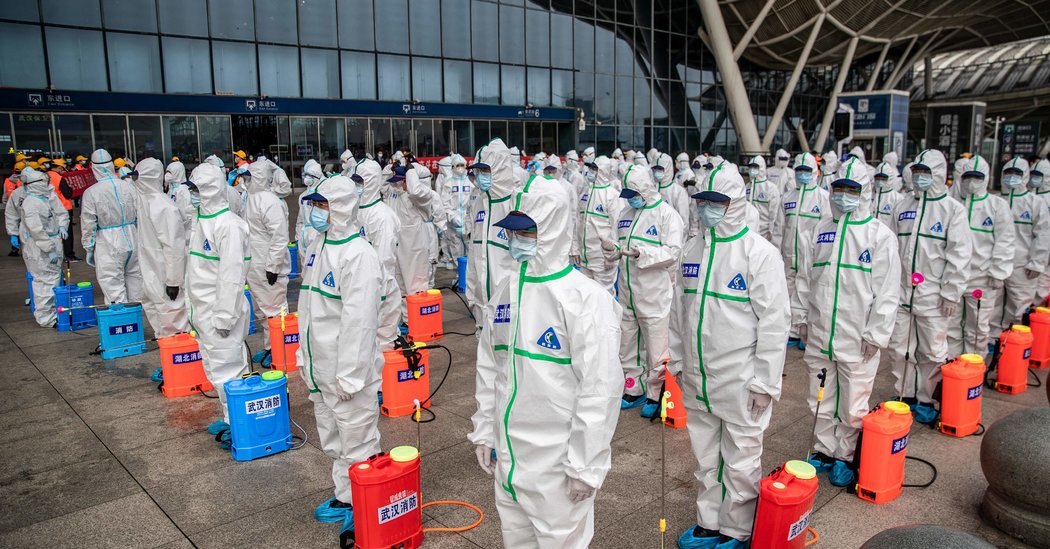 HONG KONG — The Chinese province of Hubei, where the coronavirus first emerged, will on Wednesday begin allowing most of its 60 million residents to leave after nearly two months of lockdown, in a sign of the government’s confidence that its tough measures have worked to control the outbreak.

Wuhan, the provincial capital and the city hardest hit by the epidemic, will remain sealed off until April 8, though public transportation there will start running again, the government said.

But even as the authorities announced the eased restrictions, new questions were being raised about the virus’s toll in China and whether the threat had fully passed. Hours before the loosening was announced, officials in Wuhan, after several days of reporting zero new local infections, said a doctor there had tested positive for the virus.

News reports have also claimed that health officials are finding a number of people with asymptomatic infections but not publicizing those figures, raising fears that the virus is still silently spreading. In addition, cases continue to climb among people newly arriving in China.

Even if new infections have indeed stopped, a resumption of travel, work and normal daily life could renew the virus’s spread, epidemiologists say.

“We need to worry about a second wave of the outbreak once restrictions are limited,” Malik Peiris, chief of virology at the University of Hong Kong, said. “It is important to be aware of it and monitor it — and be prepared to reimpose these measures if they become necessary in the future.”

The human cost of sealing off a province of tens of millions of people for two months may not become clear for months or even years. While experts have praised China’s stringent lockdowns for containing the virus, the measures also came at a great price to people’s livelihoods and personal liberties.

In a sign of how the pandemic — and the government’s early attempts to conceal it — has eroded public trust, the apparent dwindling of new infections in Wuhan was not met with universal celebration. Instead, many worried that the government had failed to disclose or discover a much larger number of infections than the 81,171 cases to date.

The outcry and confusion were such that the Wuhan government released a statement on its official social media account on Sunday to rebut the assertions that the authorities were hiding new cases. Some of the cases cited in the photos had already been counted and reported earlier, the government said. Another patient who had tested positive was asymptomatic, and so would be monitored but not count as a confirmed case until he showed symptoms, the statement said.

Chinese officials count only patients with both symptoms and a positive test in their official tally of confirmed cases. The approach is at odds with the World Health Organization’s guidance that all people who test positive should be considered confirmed cases regardless of whether they show symptoms.

The question of how to count asymptomatic patients is at the heart of many fears about the true extent of the outbreak in China. On Sunday, the South China Morning Post, a Hong Kong newspaper, reported that asymptomatic patients, or “silent carriers,” could constitute as much as one-third of those who test positive, citing classified Chinese government data.

Caixin, a respected Chinese magazine, reported on Tuesday that dozens of asymptomatic patients were still testing positive in Wuhan each day but being excluded from public statistics reported by the government. The article cited an anonymous member of the team for infectious disease control and prevention in Wuhan.

A spokesman for China’s Center for Disease Control on Tuesday played down the risks posed by asymptomatic patients. He said the known cases of asymptomatic infections had all been among the close contacts of confirmed patients. They will still be closely monitored and isolated, the spokesman, Wu Zunyou, said.

“Will that cause more transmission? It will not,” Mr. Wu said during a news conference.

Hubei officials, in announcing the lifting of restrictions, acknowledged that normalcy was still not yet at hand. Schools will remain closed until a “scientific assessment” determines when they can safely reopen, the announcement said. Local officials should also be careful not to let a surge in travel cause a new wave of infections, it said.

There will also be limits on who is allowed to travel: Those seeking to leave Hubei must have a “green” health code from the local authorities, certifying that they are healthy. The Chinese government has been classifying citizens’ health risks using technology on their smartphones.

Even as the authorities urged caution, they also made clear their desire to restart the economy of Hubei, and China more broadly, which essentially have ground to a halt during the coronavirus outbreak.