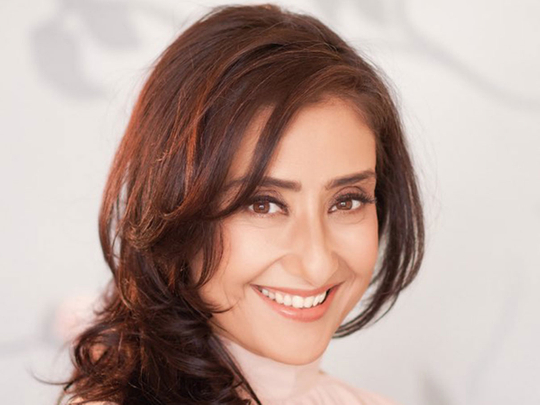 Bollywood actress and cancer warrior Manisha Koirala’s life philosophy seems oddly fatalistic, especially at an unusual time where the world reels under the coronavirus pandemic health scare and are furiously social distancing and isolating themselves at home.

“Just take responsibility of one’s health and do the right thing… Life will throw you curve balls and dices, but learn to move forward,” said Koirala in an exclusive interview over the phone ahead of the premiere of her web film ‘Maska’, streaming on Netflix on March 27.

“But I don’t want to be a preacher whose vocation is all about motivational talks. I just want to live and lead by example.”

The Nepal-born actress shouldn’t ideally harbour any fears on that front. Koirala, who made her Bollywood debut with director Subhash Ghai’s romantic thriller ‘Saudagar’ in 1991, is that quintessential outsider from India’s Hindu nation neighbour Nepal who managed to survive in the wildly competitive Hindi cinema space for nearly two decades.

In recent years, she has embraced the world of web platforms with admirable gusto. Koirala, who has featured in web-friendly films including ‘Lust Stories’ on Netflix, was born into a well-connected political family, but it was the razzle-dazzle of Hindi cinema that held allure and appeal.

In ‘Maska’, directed and written by Neeraj Udhwani, Koirala plays a Parsi widow, Diana Rustom Irani, who yearns for her boy to carry their family culinary legacy of a home-run cafée forward. But her strapping son wants to trade his legendary baking skills for gossamer-thin Bollywood dreams.

But his quirky, full-of-beans mother isn’t buying it and she doesn’t hide her displeasure at her wayward son’s ambitions.

“I loved playing this lovable, eccentric character. I am so grateful that I got this opportunity to perform and be a part of such a heartwarming film,” said Koirala.

While ‘Maska’ is a slice-of-life drama around a 20-something actor hopeful saddled with his family-run Parsi cafe in a plum real-estate area in South Mumbai, the film also explores inter-generation cultural conflicts and the burden of family expectations on young and old alike.

As part of her legwork, Koirala spent extra hours with a diction coach, acting expert and hung around the Parsi community in Mumbai to get a feel of her character.

“I had a diction coach Monaz who was a Parsi herself and she went out of her way to take me to Parsi cafes, hangouts and colonies in Bombay. I learnt so much about the Parsi community while preparing for my role and I learnt so much about this community’s contributions to building Mumbai as a city,” said Koirala. But playing a bespectacled Parsi, with a kooky touch, didn’t come naturally to her.

“I don’t have that flow of Parsi-Gujarati. I had to learn that. I had to make it look like as if Diana Rustom Irani was me completely and for that I needed to be her completely. It took a lot of time and effort, but it’s worth it.”

While her efforts shouldn’t be undercut, Hindi cinemas is notorious for stereotyping Parsis as this zany bunch who provide comical relief with their exaggerated buffoonery and accents. But ‘Maska’ doesn’t compromise, claims Koirala.

“We have been conscious from day one not to overdo it because it will defeat the whole purpose of telling this warm, fuzzy story. ‘Maska’ will give you a peek into a Parsi’s family life, their culture, their heritage and their legacy. If we get it wrong, then the purpose of making this movie is lost,” said Koirala.

‘Maska’ also stars a motley of talented actors — including Prit Kamani as Koirala’s son, Jaaved Jaffrey as her late husband, Nikita Dutta as Prit’s girlfriend/another Bollywood hopeful and Shirley Setia as a sunny Parsi blogger with a girl-next-door vibe.

For Koirala, the prospect of experimenting with her craft attracted her to films that go directly to web platforms.

So how does she look back on her journey, that’s filled with hits, flops and a fierce battle with ovarian cancer?

“There will be a day in my life when I look back and say, ‘What a journey’. I have had a long range and I am eternally grateful for that. I started off as a young teenager in Bollywood and I am still here in my late 40s. I am still acting and I am still getting movie offers. I feel blessed and grateful for all the opportunities I get. I am happy with what I have,” she said.

“It’s all going to turn out fine at the end. Just relax, be calm,” said Manisha Koirala when asked what she would tell her twenty-year-old self if given a chance.

“Working with director Dibakar Banerjee was a part of my bucket list and I am happy that’s it’s ticked off my list,” said Koirala.

‘Maska’ premieres on Netflix on March 27.