In the fight against the spreading coronavirus, countless businesses, restaurants and bars have temporarily shuttered to stop people from congregating.

But WeWork, which operates shared work spaces, has kept most of its locations open. As of Tuesday, WeWork’s website said only two of its co-working offices in North America were closed and none were closed in Europe. The last public communication about the virus from the company to its customers, which include freelancers, small businesses and large corporations like Amazon, was 12 days ago, in which it listed the precautions it was taking. WeWork has allowed employees who normally staff its locations to work from home, but this week it started to entice some to come in with $100-a-day bonuses, according to an internal memo reviewed by The New York Times.

One thing is clear: A widespread shutdown could deal a grievous blow to WeWork, a once celebrated start-up that was already struggling.

In a turbulent past six months, WeWork called off an initial public offering as investors balked at its losses and corporate governance, laid off hundreds of employees, changed its top leadership twice and was bailed out by SoftBank, WeWork’s dominant shareholder. SoftBank, a Japanese conglomerate that runs a large technology investment fund, stepped in after WeWork nearly ran out of money. But its cash outflows are expected to be even greater this year as it completes an expansion that will almost double its locations.

Though most of WeWork’s locations are officially open — the company said that it provides essential services that many state and local governments have allowed to continue — almost no one is in them. In Midtown Manhattan, home to several WeWork spaces, the usual heavy flow of customers has dwindled to a trickle, according to two employees who work in or are monitoring those locations, and who asked not to be named because they feared losing their jobs.

The coronavirus pandemic is depressing demand for shared work space and the looming recession could prompt many freelancers and small businesses, which make up much of WeWork’s customer base, to save money by working from home — something many white collar professionals worldwide are quickly becoming accustomed to. WeWork customers can sign up for space on a month-by-month basis, allowing them to leave quickly. The company, by contrast, has yearslong leases with landlords.

“From all directions, WeWork looks dark,” said Vicki Bryan, chief executive of Bond Angle, a research firm. “This was true before we had this historic pandemic crisis. But now those levers it could have pulled, to at least buy some time, have gone.”

And as it contends with the outbreak, it’s financial position could weaken because of an internal struggle among its shareholders.

SoftBank last week threatened to walk away from a tender offer to buy $3 billion of existing shares from other WeWork shareholders. If that transaction doesn’t happen, WeWork would not receive $1.1 billion in debt financing that is part of SoftBank’s rescue, according to a person briefed on the deal who was not authorized to speak publicly about the matter.

SoftBank in recent months has plowed $1.5 billion into the company in return for new stock, and says it stands behind another $4 billion of debt financing. But if SoftBank were to walk away from the tender offer and withdraw the $1.1 billion loan, landlords that lease office space to WeWork may begin to doubt SoftBank’s commitment to the business.

SoftBank is facing its own pressures. The company and its $100 billion Vision Fund have stakes in many young companies that were struggling well before the virus hit. In an effort to allay the concerns of investors, SoftBank said on Monday that it would sell assets worth up to $41 billion to buy back $18 billion worth of shares and pay down debt. Its shares soared Tuesday on the news but were still down by a third from the high they reached last month. “WeWork is not SoftBank’s only drama child,” Ms. Bryan of Bond Angle said.

SoftBank’s new hardened stance toward WeWork could be a negotiating tactic aimed at forcing other investors, including Benchmark Capital and Adam Neumann, WeWork’s co-founder and former chief executive, to accept a lower price.

The other shareholders are fighting back. On Sunday, two WeWork board members — Bruce Dunlevie, a founding partner of Benchmark Capital, and Lew Frankfort, the former chief executive of Coach — who make up a board committee created last year to evaluate its financing options — said in an statement that SoftBank was “obligated to consummate the tender offer” and added that “its excuses for not trying to close are inappropriate and dishonest.” Benchmark, a prominent Silicon Valley venture capital firm, applied to sell its entire WeWork stake in the tender offer, according to the person briefed on the deal. Mr. Dunlevie did not respond to a request for comment.

If SoftBank walks away from the offer and WeWork doesn’t get the loans it is counting on, the company could be in peril, analysts say.

“Business disruption related to the global recession, spread of coronavirus and uncertainty surrounding SoftBank’s longer term commitment to WeWork has placed added pressure on the long-term viability of the company,” Standard & Poor’s said in a statement on Monday to explain why it was downgrading WeWork’s credit rating further into junk status. WeWork’s bonds have plunged to levels that suggest investors believe a default is likely.

An immediate problem for WeWork is convincing people that the company is responding appropriately to the coronavirus outbreak. Some employees and customers have questioned WeWork’s decision to keep locations open.

In a memo sent on Sunday to employees in the United States and Canada, WeWork’s chief operating officer, Shyam Gidumal, said the company had been “designated an essential business under orders we have reviewed.”

Asked about the memo, Nicole Sizemore, a company spokeswoman, said under New York State’s order, companies providing mail and shipping, security and storage — services that WeWork provides — are considered essential. “WeWork is a service provider and we have an obligation to keep our buildings open,” Sandeep Mathrani, WeWork’s chief executive, and Marcelo Claure, executive chairman, said in another company email on March 18.

WeWork, however, may be having problems convincing employees to work at its locations. In his memo, Mr. Gidumal said workers who came in would get $100 a day, up to $500 a week, and the bonuses would be paid in a lump sum monthly. The money was meant to be “in recognition of our community employees’ willingness to support our members by keeping our buildings open and operating during these extraordinary times,” the memo said.

One of the WeWork employees monitoring Midtown locations said the bonus offer put workers in the difficult position of taking on a potential health risk for a few hundred dollars. This person said lower-paid staff who face financial hardships would be more likely to come in than other employees. 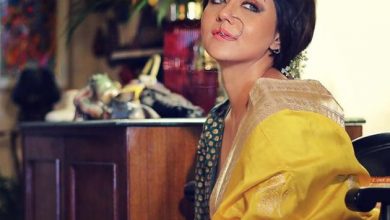 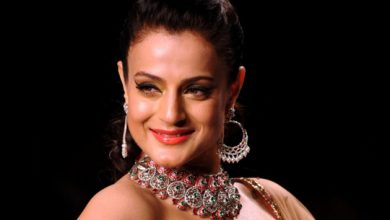 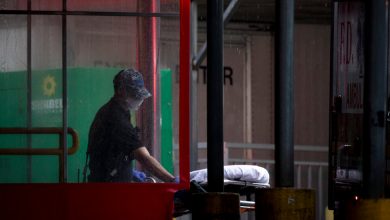 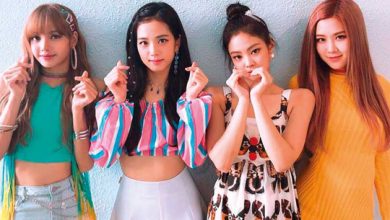