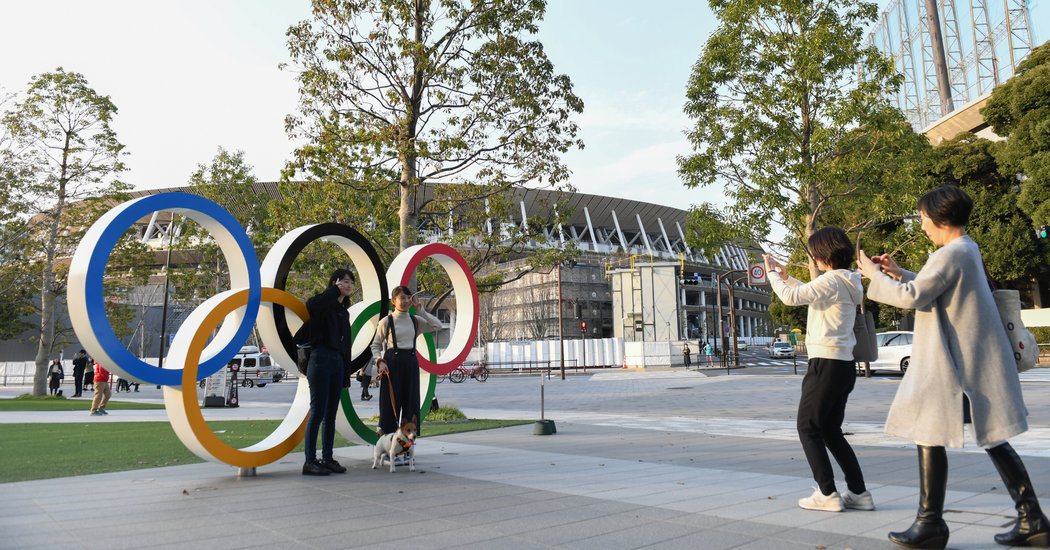 For weeks, as the coronavirus spread across the world, Thomas Bach, the president of the International Olympic Committee, has held onto the dream that opening an Olympic Games on July 24 in Tokyo could serve as a celebration of triumph over a pandemic that has killed thousands of people, closed down countries and devastated the world economy.

By Monday, it appeared that a decision on whether to postpone the Games had finally become a matter of when and how rather than if. Regardless of when the I.O.C. decides to detail plans for a delay, its slow public responses to the coronavirus have been only the latest example of an organization seemingly out of step with much of the world.

For more than a century, this group — which has always included a healthy representation of royal families and society’s wealthy upper crust — has held onto the idea that the Olympics are about values. That the Games are a symbol of peace that is larger than any sports competition. That the power of the Olympic flame and the Olympic rings can unify and repair the world, even in the face of brutal dictatorships and virulent disease.

The I.O.C. took the 1936 Olympics to Berlin as Hitler’s fascist, anti-Semitic regime was in full bloom. The I.O.C. cozied up to Vladimir V. Putin, the Russian president, and said little ahead of the Sochi Olympics in 2014 when Russia passed laws prohibiting displays of homosexuality or when it invaded neighboring Ukraine as the Games were still happening.

As it encountered each problem, the I.O.C. held that the Olympic value of hope would serve as a unifying counterweight to the world’s travails.

The disconnect became apparent again in recent days, as cases of the disease Covid-19 spread across Italy, Spain, Britain, the United States and many other countries. Bach insisted late last week that all might be well with the world in as little as four months, long after thousands of athletes, dozens of medical experts and sports officials across the globe had concluded that the Tokyo Olympics, as planned, would be impossible to pull off.

Harvey Schiller, the former executive director of the United States Olympic Committee, said Bach and the I.O.C. were probably too busy juggling the needs of broadcasters, sponsors and officials in Japan, which has spent some $12 billion on the Games, to listen to people like athletes, many of whom can no longer train because of restrictions related to the pandemic.

“There’s an old saying, that the revolution only tells you about something that already took place,” Schiller said Monday. “Everyone knows there is no way the Games are going to go on this summer.”

As Bach announced a four-week deadline for a decision and began to work through the countless adjustments that the shift will require, another Olympic leader was developing a more emphatic take on the situation.

David Shoemaker, the chief executive of the Canadian Olympic Committee, spent Sunday talking to athletes, coaches and others, then sent a letter to Bach explaining why Canada would not send a team to the Olympics if they are somehow held as scheduled.

“What we think had been getting lost was that all the focus to this point has been on whether the World Health Organization and the I.O.C. and the local organizers think it will be safe four months from now” in Tokyo, Shoemaker said in an interview on Monday.

Shoemaker said the better question was whether it was safe now for athletes to train for competition.

“For us the answer was no, and we felt we had to tell Team Canada to stand down and take the pressure off and to focus on the public health crisis,” he said.

Until Monday night, the United States Olympic and Paralympic Committee had resisted getting publicly ahead of the I.O.C. Then it released results of a survey of 1,780 athletes, in which 68 percent said they did not believe the Games could fairly take place as planned.

“It’s more clear than ever that the path toward postponement is the most promising, and we encourage the I.O.C. to take all needed steps to ensure the Games can be conducted under safe and fair conditions for all competitors,” the committee said in a statement from Sarah Hirshland, its chief executive, and Susanne Lyons, its board chair.

In an interview Monday afternoon, Lyons said she understood the frustration of American athletes who wanted a harder and earlier push toward postponement. She said she had been advocating on their behalf behind the scenes.

“I don’t need to make a headline to communicate with Thomas Bach,” Lyons said. “I have his cellphone number.”

Lyons also said the size of the United States and its investment in the Olympics made it more difficult for her and the U.S.O.P.C. to take public stands on issues without coming across as a bully. She said the organization could have a “disproportionate impact,” which means it has a larger responsibility to speak only when it is completely informed.

“When the others have something to say, it is of course important, but when we say something it almost forces the hand,” Lyons said. “We are listened to in a different way.”

The matter may soon be moot, as the momentum appears to be shifting more toward the I.O.C. issuing details of a postponement.

Michael Joyner, a doctor at the Mayo Clinic who is working on efforts to come up with a treatment for Covid-19, said a gathering of millions in late July and early August would be a risk for world health, because not enough people will have a resistance to the disease by then. Many scientists project that it could take 12 to 18 months for such widespread immunity to develop.

“You can’t get in front of the herd immunization,” Joyner said.

I.O.C. officials, who are in constant contact with the W.H.O., are well aware of these dynamics. Their Games may yet serve as a celebration of triumph over the coronavirus, though probably not this year.

“Everyone wants the opportunity for people to participate and be an Olympic champion,” said Schiller, the former U.S. Olympic executive. “But we suffered through world wars, and we are going to suffer through this, and we will get a chance to compete, but this is just going to have to wait.”