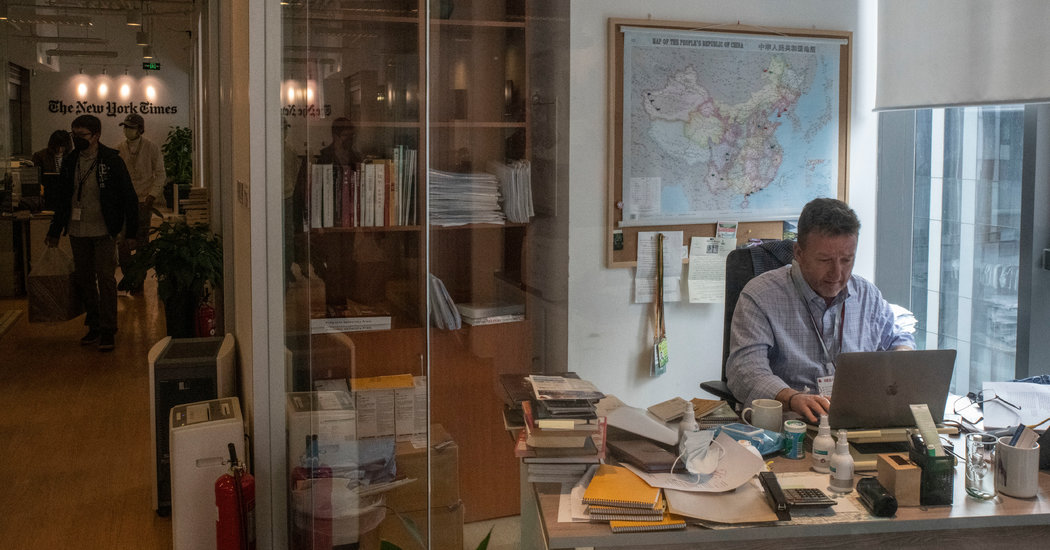 The publishers of The New York Times, The Wall Street Journal and The Washington Post on Tuesday released a statement critical of the Chinese government’s decision to bar American journalists for the three publications from working in China.

The unusual statement, signed by A.G. Sulzberger of The Times, William Lewis of The Journal and Fred Ryan of The Post, was released online early Tuesday and was scheduled to appear in the rival newspapers’ Tuesday print editions.

“We strongly urge the Chinese government to reverse its decision to force the Americans working for our news organizations to leave the country and, more broadly, to ease the growing crackdown on independent news organizations that preceded this action,” the publishers said in the statement. “The media is collateral damage in a diplomatic dispute between the Chinese and U.S. governments, threatening to deprive the world of critical information at a perilous moment.”

On Wednesday, China announced that all American journalists at the three newspapers based in the country whose credentials were set to expire in 2020 had to hand in their press cards within 10 days. The action would affect at least 13 journalists, according to an estimate by the Foreign Correspondents’ Club of China.

China’s move was the latest in an escalating diplomatic feud between the Chinese government, led by President Xi Jinping, and the Trump administration. The ouster of the American journalists followed the Trump administration’s decision to limit to 100 the number of Chinese citizens who can work in the United States for five state-run Chinese media organizations that are widely considered propaganda outlets.

Before that, China expelled three Journal reporters last month over a headline, “China Is the Real Sick Man of Asia,” on an opinion column about the country’s response to the coronavirus outbreak.

The letter from the three publishers emphasized the need for a free flow of information during the coronavirus crisis. “This move — made in retaliation for recent expulsions by the United States government — is one that we would protest under any circumstances,” the publishers wrote. “But it is uniquely damaging and reckless as the world continues the struggle to control this disease, a struggle that will require the free flow of reliable news and information.”

They added, “Even when this crisis passes we believe both countries will continue to benefit from freer access to news and information about the other.”

China has been waging a broader crackdown on foreign correspondents dating roughly to Mr. Xi’s ascension near the beginning of the decade. During that period, foreign outlets have reported on issues that Chinese officials consider sensitive, including camps for Muslims in western China, the suspicious business of some Chinese leaders’ relatives and the government’s handling of the coronavirus outbreak.

The publishers offered some praise for China’s containment of the virus, writing, “We have prominently featured news and analysis about China’s remarkable progress in reducing the spread of the virus through containment and mitigation. Even now, with some of our journalists facing imminent expulsion, they are reporting on how China is mobilizing state resources to develop vaccines that could offer hope to billions of people there and around the world.”

The statement also said the world learned of the virus thanks to “the journalists who work for us in China, as well as their colleagues for other leading news organizations.”

The publishers added, “Our news organizations are rivals. We compete with each other on the biggest stories, including this one. But on this matter we speak with a single voice.”