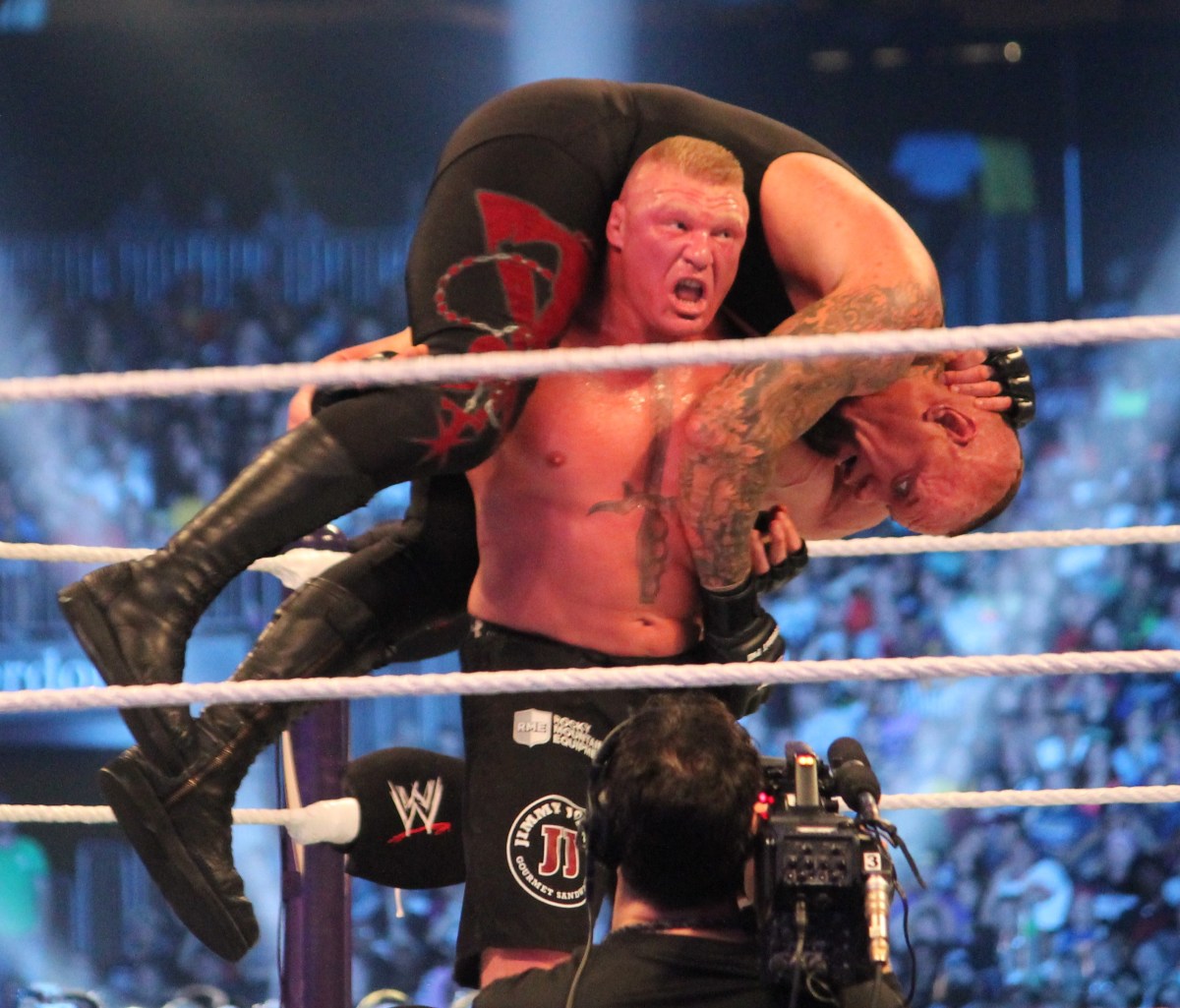 Any event that can elicit this sort of reaction is doing something right.

And many relived the moment that saw the greatest streak in sports history, well sports entertainment history, snapped as ESPN re-aired the classic WrestleMania 30 where The Undertaker’s Mania record fell to 21-1 at the hands of Brock Lesnar Sunday night.

It reminded me there is some sort of nostalgic comfort to pro wrestling as whether you’re a fan or not, chances are you’ve had some experience with it. That same WrestleMania saw The Rock, Stone Cold Steve Austin and Hulk Hogan standing in the ring together to kick it off—think about all the generations involved there.

Wrestling is oddly positioned as perhaps too violent for kids and too absurd for adults, so you know, perfect. Which was proven by how fixated my young son was watching it with me. He then proceeded to hit me with a double leg drop while proclaiming, “Do you like my finishing move?”. My ribs didn’t but I certainly did. Because it reminded me of doing the same thing when I was a kid.

The wrestling business is certainly not without its pitfalls but I have to tell you I’m definitely looking forward to more pinfalls. And in true show must go on fashion it appears Vince McMahon and the WWE may be uniquely poised to capitalize on this moment. They continue to offer current product and are now providing content for those devoid of it using the company’s extensive library.

I haven’t even been following wrestling recently…but let me tell you something brother, if WrestleMania goes on as planned in April, I’ll be locked in, and that’s the bottom line if you smell what I’m cooking.

And though there won’t be any fans in attendance, I most definitely won’t be alone.