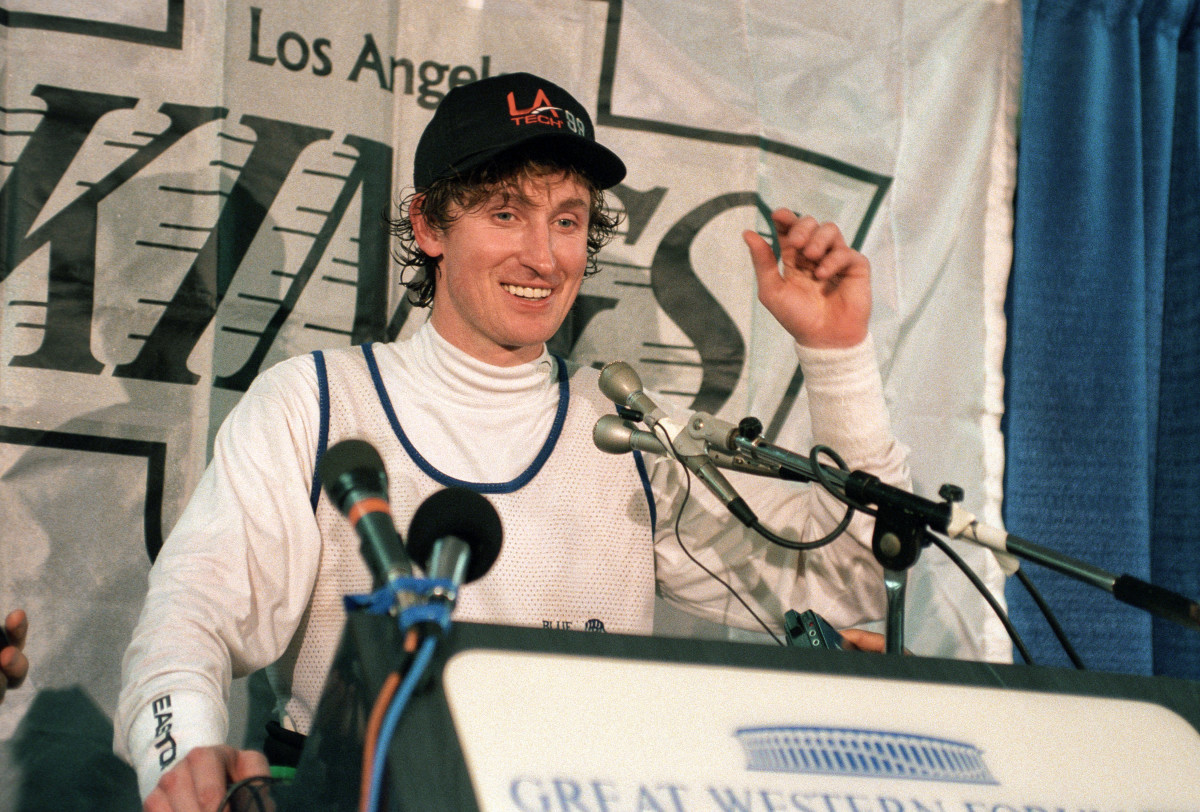 Wayne Gretzky was already known as “The Great One” before March 23, 1994, but he took his legacy to new heights that night by becoming the NHL’s all-time goals leader.

When the Kings hosted the Canucks at the Forum that night, Gretzky was on the verge of breaking his idol Gordie Howe’s record of 801 goals. Gretzky’s big moment came on a power play at 14:47 in the second period when he sent a pass from Marty McSorley into the net past Vancouver goalie Kirk McLean for career goal No. 802.

Kings players immediately mobbed Gretzky on the ice to celebrate his historic moment, and the team halted the game to honor him with a presentation. Gretzky’s parents, Walter and Phyllis, his wife Janet, Kings owner Bruce McNall and NHL commissioner Gary Bettman joined him on the ice for a 15-minute ceremony featuring a video of Gretzky and Howe’s career highlights. Bettman presented Gretzky with a book filled with a score sheet of every game he had scored in during this career.

“You should play long enough to score another 802 goals. You’ve always been the Great One, but tonight you’ve become the greatest,” the commissioner told him, per The New York Times.

The crowd, which was filled with celebrities like actors Tom Hanks and Martin Short, erupted when Gretzky was introduced to speak. He thanked the Kings and the fans for their support before the game resumed.

The Canucks went on to beat the Kings 6–3, but most people overlook the final score of that momentous game.

Gretzky told NHL.com years later that spending time with Howe and his wife Colleen became one of the best parts about reaching goal 802.

“A lot of times when you meet your idol, you’re somewhat taken aback or disappointed. For me, when I met Gordie, he was bigger and better than I thought,” Gretzky said.

Gretzky—who won four Stanley Cups with the Edmonton Oilers before he joined the Kings—finished his 15-year career with a record of 894 goals and 2,857 points, which no player has close come to breaking yet.