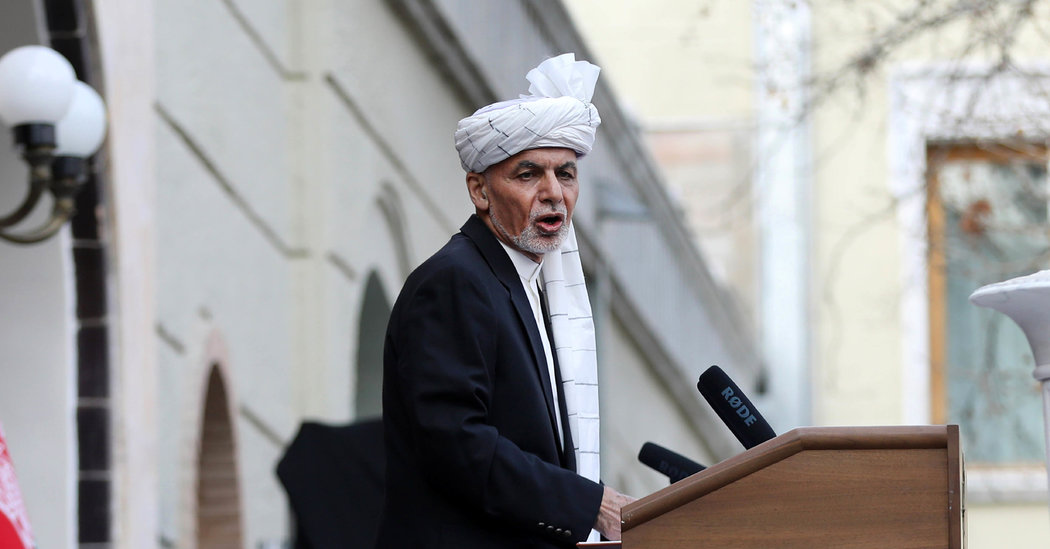 KABUL, Afghanistan — Balancing coronavirus concerns with fears that a painstakingly negotiated peace deal could fall apart, Afghan government officials met by videoconference on Sunday with Taliban delegates to discuss technical details of a prisoner release that is a part of the deal, officials said.

Though the meeting was not the formal start of direct talks between the government and the Taliban — that step is predicated on reaching agreement on the prisoner exchange — the technical discussion was the first negotiating meeting between them since the United States and the insurgents signed a deal last month.

Concerns about the global coronavirus pandemic, however, meant that the talks happened by video chat. And that in itself was a notable moment given the Taliban’s origins as a national government that largely banned television and music.

The prisoner exchange, involving up to 5,000 Taliban prisoners and 1,000 Afghan government prisoners, as called for in the deal the Americans signed, has been an extreme point of contention. The prisoners were supposed to be released before the beginning of Afghan negotiations on March 10.

President Ashraf Ghani’s government has vehemently disagreed with the terms the United States agreed to with the Taliban, delaying the future steps of the peace deal. After much shuttle diplomacy by the U.S. special envoy, Zalmay Khalilzad, Mr. Ghani only agreed to a phased release of the prisoners in small batches and conditioned it on Taliban halting their attacks — something the insurgents have said goes against what they have signed with the United States.

“Today, the US and Qatar facilitated the first Afghan government to Taliban technical talks on prisoner releases, via Skype video conferencing,” Mr. Khalilzad, who has been in Kabul for several weeks now trying to find a solution to the prisoner release and calm a political crisis that has resulted in a split government, said in a series of Twitter posts late on Sunday.

“Everyone clearly understands the coronavirus threat makes prisoner releases that much more urgent.”

The discussions lasted 2.5 hours, and attendants were dialed in on the videoconference from five locations, according to a senior Afghan official and a senior Taliban official.

The U.S. team, led by Mr. Khalilzad, and a team of Qatari diplomats were facilitating the discussions. The Afghan government delegation was led by the deputy national security adviser, Salem Shah Ibrahimi. The Taliban delegation included several senior members of the group, including two negotiators from their political office in Doha and Mullah Nooruddin Turabi, who leads their prisoners’ commission.

“The talks solely focused on prisoner release, and there were initial agreements on some issues regarding the release of prisoners,” said Suhail Shaheen, a spokesman for the Taliban’s negotiating team.

Mr. Shaheen said the sides would hold another videoconference on Tuesday to continue the discussions.

Hamdullah Mohib, Afghanistan’s national security adviser, suggested that the call had covered other issues in addition to “views on initial technical steps” to make the prisoner release possible.

“All sides emphasized the importance of a reduction in violence, direct negotiations, and a permanent and comprehensive cease-fire,” Mr. Mohib said in a statement on Twitter.

In recent weeks, the Taliban have made clear that they see violence as a major part of their leverage in talks, and have intensified their operations across Afghanistan. The Afghan forces, meanwhile, have largely remained in “active defense” and are beginning to suffer heavy casualties.

In one of the most brutal Taliban attacks since the group signed the deal with the United States, insurgents stormed an outpost in southern Zabul Province and killed at least 24 members of the Afghan security forces on Thursday, torching their outposts and burning the bodies to a point that many weren’t recognizable.

The Taliban have also ramped up attacks in the north. In response to an overnight Taliban attack in Kunduz Province that had begun late on Saturday in Imam Saheb district, Afghan forces called for an airstrike on Sunday that resulted in the death of at least 9 civilians — including four women and two children — according to Gul Bai, a local police commander.