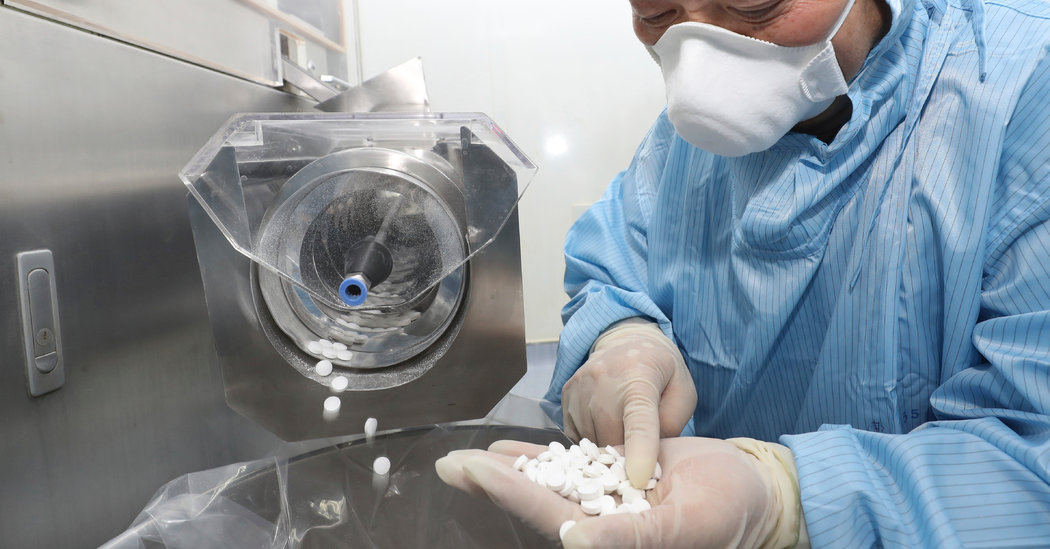 Nearly 70 drugs and experimental compounds may be effective in treating the coronavirus, a team of researchers reported on Sunday night.

Some of the medications are already used to treat other diseases, and repurposing them to treat Covid-19, the illness caused by the coronavirus, may be faster than trying to invent a new antiviral from scratch, the scientists said.

The list of drug candidates appeared in a study published on the web site bioRxiv. The researchers have submitted the paper to a journal for publication.

To come up with the list, hundreds of researchers embarked on an unusual study of the genes of the coronavirus, also called SARS-CoV-2.

To infect a lung cell, the coronavirus must insert its genes, co-opting the cell’s own genetic machinery. The cell begins to produce viral proteins, which are used to produce millions of new viruses.

Each of those viral proteins must be able to latch onto the necessary human proteins for the process to work.

In the new study, the scientists investigated 26 of the coronavirus’s 29 genes, which direct production of the viral proteins. The researchers found 332 human proteins targeted by the coronavirus.

The researchers sought drugs that also latch onto the human proteins that the coronavirus seems to need to enter and replicate in human cells. The team eventually identified 24 drugs approved by the Food and Drug Administration to treat such seemingly unrelated diseases as cancer, Parkinson’s disease and hypertension.

On the list were such unexpected candidates as haloperidol, used to treat schizophrenia, and metformin, taken by people with Type 2 diabetes.

The investigators also found candidates among compounds that are now in clinical trials or that are the subject of early research. Intriguingly, some of the possible treatments are drugs used to attack parasites.

And the list includes antibiotics that kill bacteria by gumming up the cellular machinery they use to build proteins. But some of those drugs also attach to human proteins. The new study raises the possibility that this side effect might turn out to be an antiviral treatment.

One drug on the list, chloroquine, kills the single-celled parasite that causes malaria. Scientists have long known that it can also attach to a human cellular protein called the sigma-1 receptor. And that receptor is also the target of the virus.

Chloroquine has been much in the news this past week, thanks to speculation about its use against the coronavirus — some of which was repeated by President Trump at a news briefing at the White House on Friday.

Dr. Anthony Fauci, the director of the National Institute of Allergy and Infectious Diseases, followed the president’s remarks with a warning that there was only “anecdotal evidence” that chloroquine might work.

Only well-run trials could establish whether chloroquine was safe and effective against the coronavirus, Dr. Fauci said.

On Wednesday, the World Health Organization announced it would begin a trial on chloroquine, among other drugs.

And on Sunday, Gov. Andrew M. Cuomo of New York announced that the state had obtained large amount of chloroquine and the antibiotic azithromycin to start its own drug trial.

Nevan Krogan, a biologist at the University of California, San Francisco, who led the new study, warned that chloroquine might have many toxic side effects, because the drug appears to target many human cellular proteins.

“You need to be careful,” he said. “We need more data at every level.”

Dr. Krogan’s collaborators at the Icahn School of Medicine at Mount Sinai in New York and the Pasteur Institute in Paris have started testing 22 of the other compounds on the list against live coronavirus grown in their laboratories.

On Sunday night, they were still awaiting the first results.