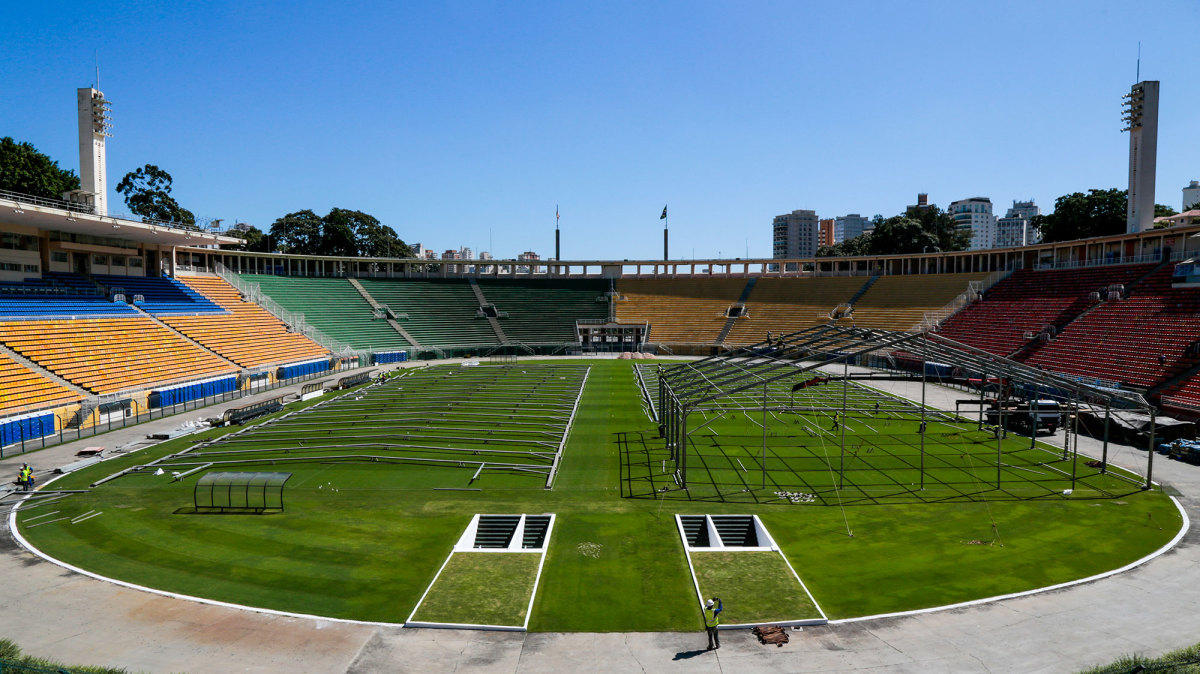 SAO PAULO (AP) — Pacaembu Stadium in downtown São Paulo is being turned into an open-air hospital to handle cases from the coronavirus outbreak.

The stadium is near several key hospitals in Brazil’s biggest metropolis, which is the local epicenter of the disease.

As of Monday afternoon, Brazil had more than 1,600 confirmed cases, and 25 deaths.

Almost all arenas used in the 2014 World Cup were also offered by clubs as open-air hospitals and health care units. Brazil has a public health care system, but federal and state officials believe it will be overwhelmed by the end of April.

All professional soccer in Brazil is halted. Three matches in the Roraima state championship last weekend were stopped by the local sports body hours before they began in the northern region close to the border with Venezuela.

The Sao Paulo state championship, which used the Pacaembu, has been suspended for more than a week.

On Monday, two days after reconstruction began, wires and cables were all over the pitch, and the first metallic structures were up in the stadium inaugurated in 1940 and used in the 1950 World Cup.