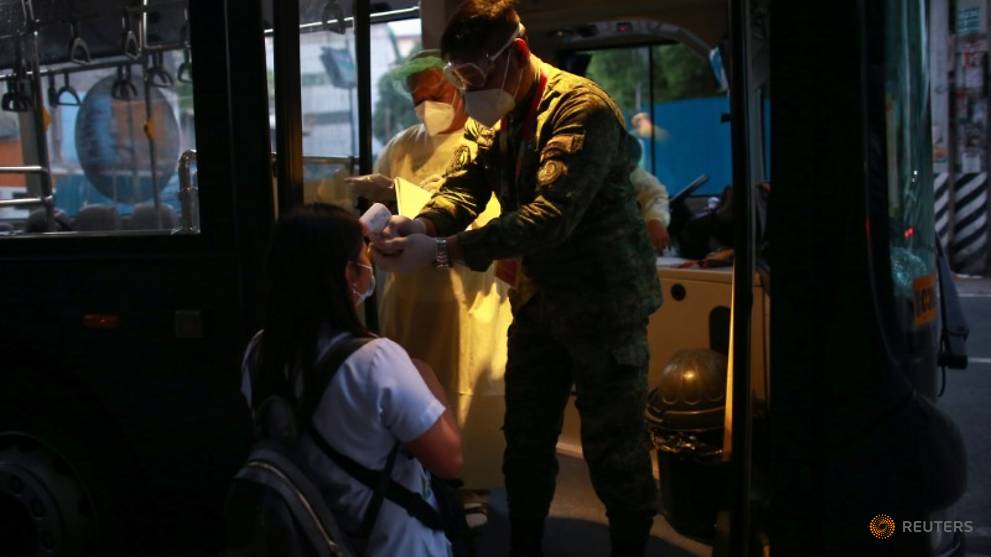 MANILA: The Philippines’ health ministry on Monday (Mar 23) confirmed eight new deaths because of the coronavirus outbreak and 16 more infections.

This brings the country’s total number of deaths to 33 and confirmed cases to 396, said Health Undersecretary Maria Rosario Vergeire.

The Philippine Congress held a special session over the Internet on Monday to debate a push by the country’s strongman leader to adopt sweeping emergency powers, in a bid to avert chaos from a rapid spread of coronavirus.

With borders closed to foreigners and tens of millions of people on home quarantine, President Rodrigo Duterte wants the power to – where necessary – control supplies and public utilities, order businesses to help government, and pull funds from state enterprises and departmental budgets to redirect into emergency health needs.

If approved, the granting of the powers would be one of the most aggressive steps to tackle coronavirus as governments worldwide roll out stricter measures, including across Southeast Asia, which saw a more than doubling of cases in the past week to nearly 3,700, from 166 a month ago.

“It is a step we were reluctant to take, but the circumstances and the experience of nations worldwide convinced us that we have no other choice,” Duterte’s Executive Secretary Salvador Medialdea told a near-empty Congress, with most lawmakers streaming the session at home.

The Philippines was the first Southeast Asian country to adopt lockdown measures, but more are following suit as cases soar, with Vietnam and Malaysia deploying soldiers to help with quarantines or to enforce curbs on travel and gatherings.

A draft of Duterte’s Bill seen by Reuters seeks a “unified national policy” that would, if required, allow the government to temporarily take control of private utilities, telecoms and transport operators or businesses in the public interest, and force hotels, venues and rental properties to accommodate medical workers or quarantine facilities.

It could also control roads, prices, supplies and distribution of power, fuel and goods like food, water, cleaning products, clothing and medical supplies, imported or made domestically.

It would also grant the treasury the ability to take back departmental funds to spend on critical or essential services.

Duterte’s has a supermajority in both chambers, so the Bill is expected to pass, although the opposition is concerned about the scope of the powers and potential for abuse.

The government is playing down the extent of the powers that Duterte would have, wary of public unease over emergency decrees and draconian measures dating back to the 1970s, under the late dictator Ferdinand Marcos.

Medialdea said the measures would be rescinded when the virus was managed and many would be “standby powers” for if a crisis erupted and “our most critical institutions are nearing a total shutdown”.