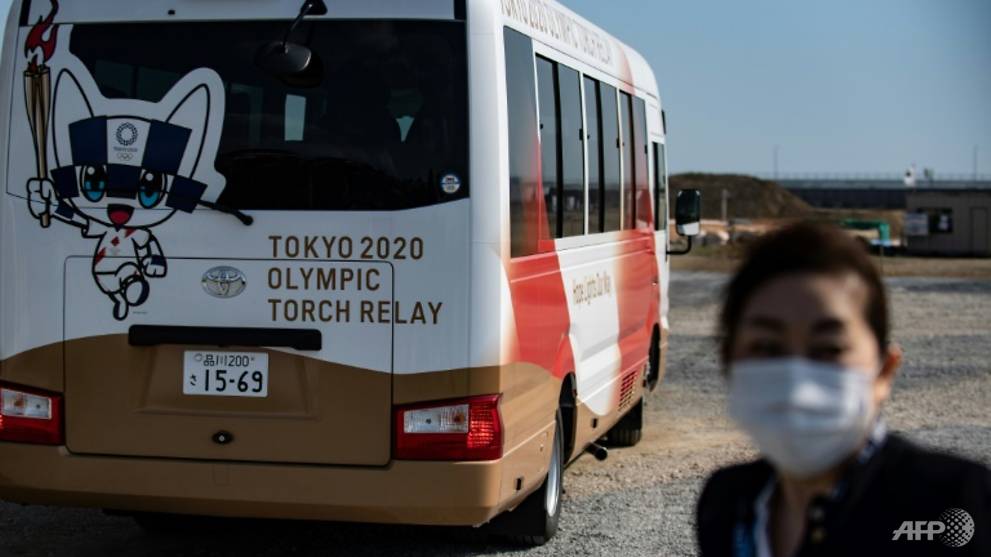 TOKYO: The Olympics rings are up and the cute wide-eyed mascots are plastered across billboards and commuter trains, but people in Tokyo are increasingly convinced the Games won’t happen this summer.

After weeks of pressure from athletes and sports associations, the International Olympic Committee this weekend acknowledged postponement is a possibility, and on Monday Japan’s prime minister said a decision to delay over the coronavirus may now be “inevitable”.

For many in Tokyo, that hardly feels like news, after a steady drumbeat about the pandemic that has now infected more than 325,000 people and killed over 14,400 worldwide.

“There is no way we can hold it,” 75-year-old Noriko Shuzui told AFP as she shopped in Tokyo’s Ginza district on Monday.

“Even if Japan had overcome the virus, if the world hadn’t we would receive no athletes, no spectators. No way we can do it.”

Japan has so far seen more than 1,000 infections and 41 deaths, but it has taken fewer measures to restrict daily life, scaling back but not cancelling a welcome ceremony for the Olympic torch last week.

READ: Canada pulls out of 2020 Olympic Games as pressure mounts on Tokyo

Still, the news from around the world appears to have convinced people that the Games cannot be held as scheduled, with 69 per cent of respondents polled by Japan’s Yomiuri Shimbun daily they thought it was now better to postpone the event.

Just 17 percent thought it would be best to hold the Games as planned, with eight percent convinced the Olympics should be cancelled altogether, the weekend poll showed.

Shuzui said a postponement seemed necessary under the circumstances.

“The first priority now is to fight the new coronavirus. Everyone was looking forward to it, so it would be sad and disappointing,” she said.

“But we’ve got to take some measures.”

She had harsh words for organisers and officials who until this weekend had insisted the Games would be able to go ahead as scheduled.

The IOC and Japanese officials have said cancelling the Games is not on the table, with a postponement now seemingly the likeliest option despite posing formidable logistical challenges.

“It would be sad if it has to be postponed,” said Yudai Yamamoto, a trading firm employee, who said he was glad that cancellation didn’t appear to be on the table.

“I want to see the Games take place at some point,” the 22-year-old said.

Organisers have insisted that preparations were going ahead for the Games to open as scheduled on Jul 24, but the virus has already hit events from qualifiers to the torch relay.

Despite calls for people to avoid gathering in crowds, tens of thousands of people flocked to see the flame being displayed in northeastern Japan over the weekend, raising questions about whether the relay will be altered over safety concerns.

Naonobu Terashima, a 78-year-old pensioner, told AFP he wanted a decision to be taken based on safety.

“I’m sure it was a great deal of effort to bid for and win the Olympics. But… I don’t think we should take the risk of harming people’s health,” he said.