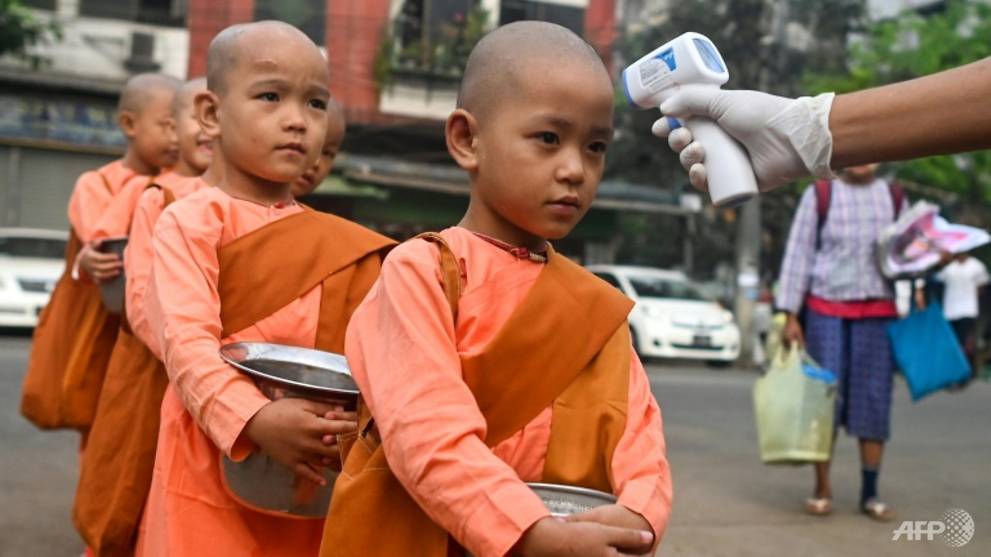 YANGON: Myanmar confirmed its first cases of of the deadly novel coronavirus late on Monday (Mar 23) after weeks of increasing scepticism over the under-developed Southeast Asian nation’s claims to be free of the disease.

The country of 54 million people had been the world’s largest country by population not to report a single case of the pandemic that has confined more than 1.7 billion to their homes.

With only 214 people tested by late Monday, medical experts and rights groups have urged Myanmar to stand up and face the pending crisis.

“We will investigate all the people who were in close contact with these two men,” the statement said.

The announcement immediately sparked panic-buying at one 24-hour supermarket in commercial capital Yangon, where hours before life had largely continued as normal.

The Myanmar government had claimed the country’s “lifestyle and diet” – including the lack of physical contact and the use of cash, rather than credit cards – offered protection to the nation.

The country shares a porous 2,100-kilometre border with China, where the virus was first found.

Phil Robertson from Human Rights Watch last week branded the government’s attitude as “irresponsible”, saying it served only to give people a false sense of security.

Some public spaces were closed down in recent days, from schools and cinemas to karaoke bars and massage parlours.

The country also took the unprecedented step of cancelling the planned street celebrations and huge water fights that normally mark the country’s New Year in April.

On Monday, thousands of Myanmar migrant workers flooded back over the border from Thailand before the planned closure of land border points.

Foreigners have left the country in droves, heeding warnings from various embassies about being trapped in a nation with what Yangon-based analyst Richard Horsey described as “one of the weakest public health systems in the world”.

“It also has almost no social safety net, so the poorest and most vulnerable will bear the brunt of the health and economic crisis,” he told AFP.

One doctor in provincial town Pathein, even took to Facebook to plea for resources, saying his hospital had just seven beds in the isolation ward and only one ventilator and were “no way” ready for the virus.

“If we have more than seven patients, where shall we put them?” hospital head Dr Than Min Htut wrote.

Humanitarian groups fear for Myanmar’s hundreds of thousands of displaced people, confined to camps in conflict-ridden corners of the country.

The government, parliament and many other institutions are also largely led by elderly men – the demographic most vulnerable to COVID-19, Horsey warned.