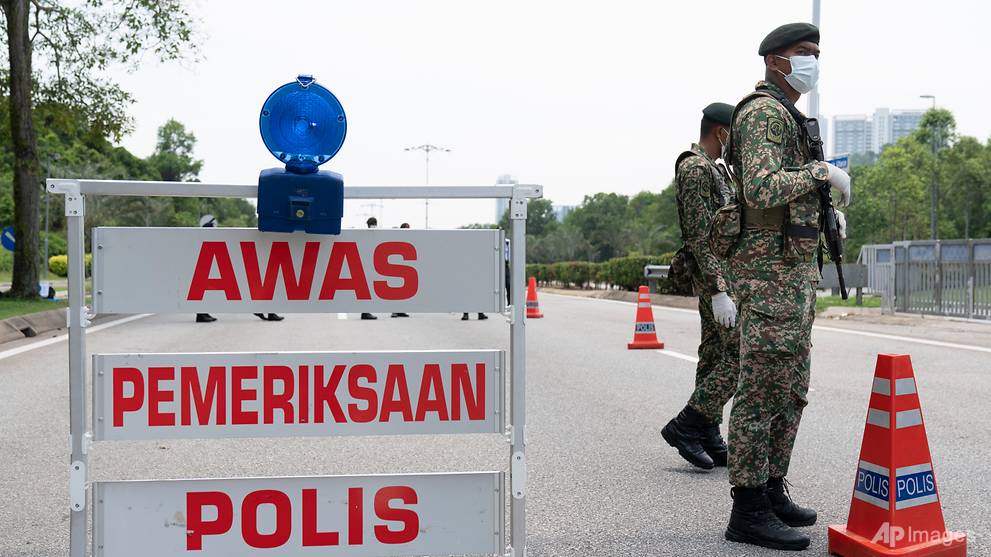 The death toll has also increased to 14.

Of the new cases, 123 are from the cluster linked to a tabligh (religious) gathering at the Sri Petaling Mosque in Kuala Lumpur, said the Malaysian health minister.

The cases linked to the religious gathering cluster account for 970 – or 62 per cent – of the total cases in the country.

The event, which took place from Feb 27 to Mar 1, was attended by 16,000 people. It has also led to infections in neighbouring countries including Brunei, Singapore and Cambodia.

A 70-year-old Malaysian man, known as Case 1,114, was the 12th fatality. He had attended the tabligh gathering at the Sri Petaling Mosque and had received treatment at Hospital Kluang.

The 13th death, a 49-year-old Malaysian man known as Case 1,006, was a close contact of a participant of the religious event. He was warded at Hospital Miri.

The 14th and latest fatality is a 51-year-old Malaysian woman known as Case 595. She was also a close contact of a participant of the religious event and also received treatment at Hospital Miri.

The health minister added that 57 patients remain in intensive care with 27 requiring ventilation.

Earlier on Monday the health ministry had reported the 11th death in the country, a 70-year-old Malaysian man – Case 1,070 – who had a history of chronic illness.

He had travelled to Indonesia and was a chairman of a surau in his residential area. He began showing symptoms of the disease a week before being admitted to Hospital Canselor Tuanku Muhriz-Universiti Kebangsaan Malaysia on Mar 18.

As of 12pm on Monday, the state of Selangor registered 354 cases, the highest number of cases in the country by far. This is followed by the federal territory of Kuala Lumpur with 242 cases.

The states of Sabah and Johor have 169 and 158 cases respectively.

A total of 1,345 patients are currently receiving treatment while 159 recovered cases have been discharged.