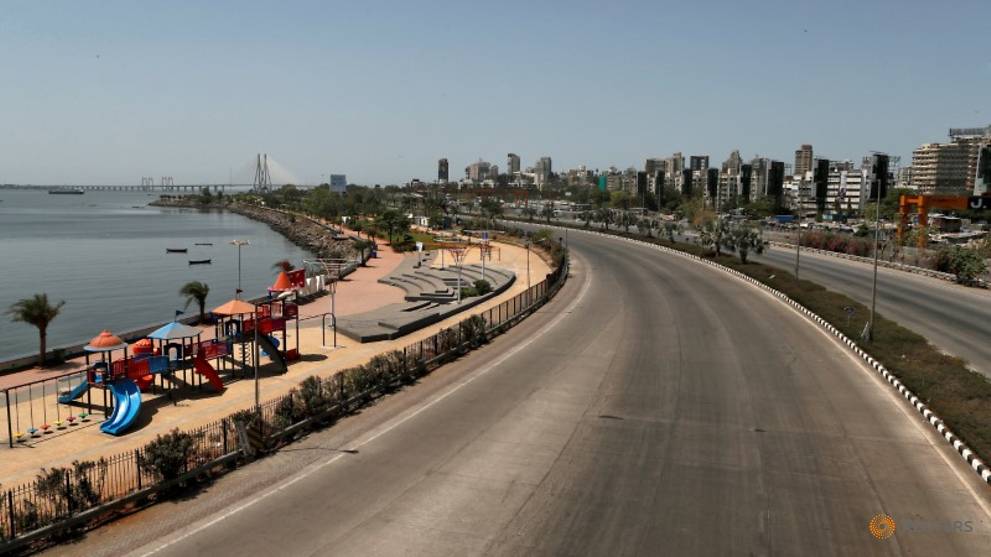 MUMBAI: Indians breathed easier on Monday (Mar 23) as lockdowns ordered to combat the spread of the coronavirus in India’s megacities kept cars off the road and closed factories, improving air quality and letting people see blue skies instead of heavy gray smog.

Last year, India accounted for around half of the world’s 50 most polluted cities, according to Swiss firm IQAir, with emissions caused partly by industry, vehicle exhaust and coal-fired plants.

Now, however, New Delhi and at least 75 Indian districts are under lockdown to stop the virus, which has infected at least 341 people in India and killed seven.

In New Delhi, the world’s most polluted capital city, the Air Quality Index sank to roughly 93, a level considered moderate, on Monday afternoon. New Delhi’s air is regularly considered unhealthy, and AQI averaged around 161 in March 2019, according to IQAir.

In financial capital Mumbai, levels were at 90, versus an average of around 153 in March 2019. Air quality is deemed to be good when the number drops below 50.

“(The drop) is mainly because of a huge reduction in vehicular traffic,” said Dr. Gufran Beig, project director at the government environment monitoring agency SAFAR.

As a result, skyscrapers usually shrouded in smog were visible and some residents reported spotting more stars than usual.

“We went for a walk and my wife found that breathing was easier,” said retired sea captain Francis Braganza, 74, whose wife suffers from chronic breathing problems he attributed to pollution.

India’s toxic air claimed 1.24 million lives in 2017, according to a study published in Lancet Planetary Health.

Some research also links air pollution to an increased risk of respiratory virus infections – which include COVID-19, the disease caused by the coronavirus.

“Once we get over this crisis, it will be as bad as before,” Braganza said while walking on a quiet Mumbai road.