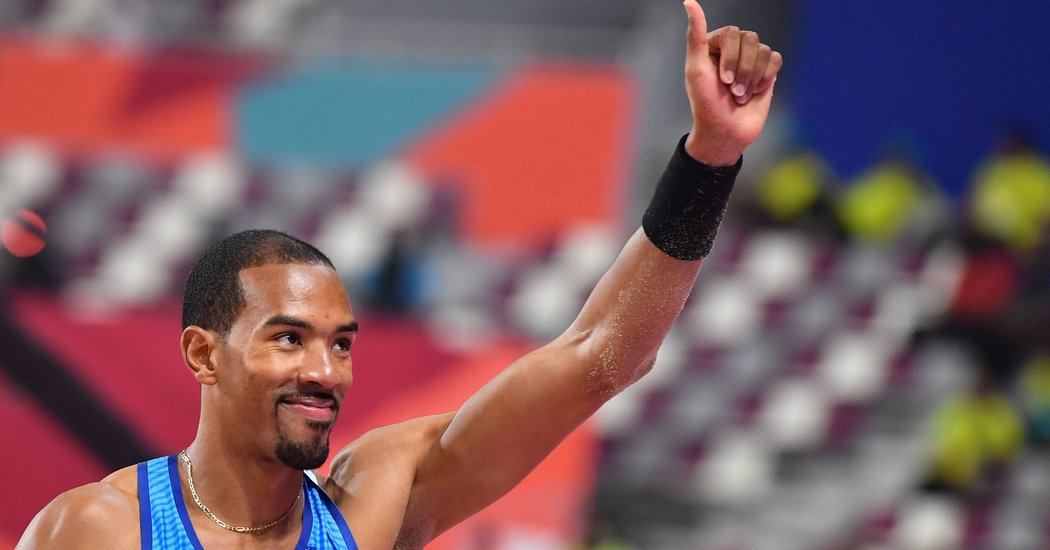 In recent days, as leaders of the International Olympic Committee went back and forth with organizers of the Tokyo Games, sponsors, media partners and leaders of international sports federations over whether to postpone the Summer Olympics because of the coronavirus pandemic, athletes around the world tried to jump into a debate they say they have had little role in.

Some spoke out through the press. Others made their voices heard on social media. The Athletics Association, a labor group that attempts to provide a greater voice to the world’s track and field athletes, released the results of an online poll of its members to gauge their views on the issue. The results were overwhelming.

More than 4,000 track and field athletes from six continents participated in the poll and 78 percent of them said the Summer Games should be postponed. In addition, 87 percent said the coronavirus outbreak had adversely affected their training, and the average concern for their health and safety was 68 on a scale of 1 to 100, with 100 representing the greatest concern, if the Games opened as planned on July 24.

“What’s clear from our research is that the athletes overwhelmingly want the Tokyo 2020 Olympic Games to be postponed,” said Jeff Freeman, a founder of the group. “The Olympic Games are the pinnacle, but we are fighting a global pandemic and the athletes’ health and also the health of every other citizen on the planet must surely be prioritized.”

The poll was sent in 13 languages. The 531 respondents who answered in Japanese favored postponement, 65 percent to 35 percent.

Just after the Athletics Association completed its survey, Thomas Bach, president of the I.O.C., announced that the organization would continue to study the effects of the virus and decide in four weeks whether the Games would move forward or be postponed.

“This step will allow better visibility of the rapidly changing development of the health situation around the world and in Japan,” Bach said in a statement. “It will serve as the basis for the best decision in the interest of the athletes and everyone else involved.”

To members of the Athletics Association, and others in international sports, the much-anticipated announcement, which came as pressure had mounted on the I.O.C. to postpone the Games, did not go nearly far enough.

“The entire world is in a state of uncertainty,” said Christian Taylor, a founder of the Athletics Association and a two-time Olympic gold medalist in the triple jump. “We’re in a revolving door we continue to be locked in. This is just being drawn out for too long.”

Taylor said he and other athletes have grown increasingly frustrated at the limited information they have received as the crisis has spread across the globe. He said he and his training group in Jacksonville, Fla., have been watching the news and reading blogs for information, rather than relying on updates from people in charge of the competition.

Sebastian Coe, the president of World Athletics, track and field’s governing body, on Sunday called on Bach to postpone the Games.

“Whilst we all know that different parts of the world are at different stages of the virus, the unanimous view across all our Areas is that an Olympic Games in July this year is neither feasible nor desirable,” Coe wrote to Bach on behalf of his federation.

Beyond concern over their own health and safety, the athletes said they were upset that holding the Olympic Games when so many of them had not been able to train properly would be unfair.

Emma Coburn, an Olympic bronze medalist in the steeplechase who is training in Boulder, Colo., said no one could predict what the world would look like this summer, but athletes know, right now, that the virus has wreaked havoc with training schedules.

“I’m lucky,” she said. “I can do most of my training on roads with just a pair of shoes, but athletes in field events or distance runners who are on lockdown, they can’t train, and this is happening in waves. The vast majority of athletes don’t feel comfortable with training for Games right now.”

Edoardo Accetta, an Italian triple jumper based in Milan, said he had to abandon most of his strength training. His gym and track have been shut down. His training is limited to the use of another track for a two-and-a-half-hour session each day.

“It’s not optimal, but I am lucky to have this opportunity,” Accetta said. “If you can find a way to keep the competitive integrity and the fairness, we can think about doing the Games, but otherwise I can see no way out.”

Edwin Moses, the chairman emeritus of the United States Anti-Doping Agency and a two-time Olympic hurdling champion, said there was little doubt that the only solution was to postpone the Games.

“I would be upset for someone to expect me to continue training at this point,” Moses said on Sunday. “I can’t imagine the stress and anxiety these athletes are going through these days.”