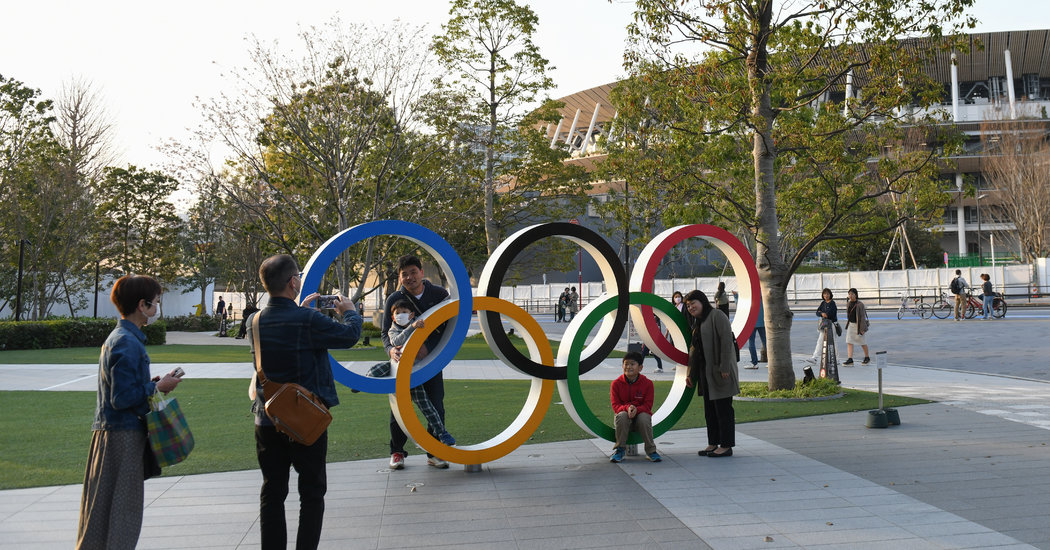 The coronavirus may inevitably delay the Tokyo Olympics. But as the International Olympic Committee and organizers in Japan take as much as four weeks to make a final call, athletes, medical experts and others involved in the sporting world are pressing for a quicker end to the uncertainty.

For medical experts and governments throughout the world, a firm decision to postpone would allow them to focus on the more immediate worry — containing the pandemic — rather than the Games themselves. For athletes, many of whom have pushed for a postponement, a decision now would lift the pressure off seeking ways to train in an era of social distancing.

The I.O.C. and Tokyo, however, need their decision to come in a way that resolves billions of dollars in financial implications.

“The bottom line is if the I.O.C. or Tokyo unilaterally decide to cancel or postpone without agreement, they would be in breach of contract and the potential financial repercussions are just enormous,” said John Merhzad, a leading British sports lawyer who has represented a number of national and international sports federations and athletes in litigation.

“As every day goes by and they don’t make a decision and other countries pull athletes out and the result of that means they can’t go ahead, then both parties will be delighted because it wouldn’t be their fault,” Merhzad said. “If people try to sue them, they can blame factors out of control for why it isn’t taking place.”

A firm decision may come soon enough; Richard W. Pound, an I.O.C. member, said Monday that the Games would clearly not start as scheduled.

“On the basis of the information the I.O.C. has, postponement has been decided,” Pound said in an interview with USA Today. “The parameters going forward have not been determined, but the Games are not going to start on July 24, that much I know.”

Insisting that no decision has been made, Mark Adams, chief spokesman for the I.O.C., said, “It is the right of every I.O.C. member to interpret the decision of the I.O.C. executive board, which was announced yesterday.”

Pound, the longest-serving member of the I.O.C., is not a part of the executive committee that would make the final decision on how to move forward, or a part of the other groups that have coordinated the Tokyo Games or the Olympic response to the coronavirus threat.

Olympic leaders in Canada, Australia and Norway said their athletes would not participate even if the Tokyo Games were held as originally scheduled. The governing body for track and field wrote to Thomas Bach, the I.O.C. president, calling for a delay. And in Japan, where politicians and local organizers had resisted any changes to plans that represent years of work and billions of dollars in investments, leaders began to acknowledge the reality of a delay.

Yoshiro Mori, the president of the local organizing committee, described a postponement as “inevitable” and said that organizers were not “stupid enough to ignore” the sentiments being expressed by athletes and a growing number of national Olympic committees.

Mori said four weeks was a “short time” to get everything needed in order. “It requires a tremendous amount of time and we have to hurry to go through this,” he said.

Prime Minister Shinzo Abe, for whom the Tokyo Games are as defining as the Sochi Olympics in 2014 were for President Vladimir Putin of Russia, told parliament on Monday that the country “may have no option but to consider postponing the Games.” Abe said he hoped a decision could be made quickly.

The general sentiment in Japan appears to support a delay. A recent poll conducted by the Japanese news agency Kyodo revealed almost 70 percent of people did not expect the Olympics to open as billed on July 24.

Bach laid out the I.O.C.’s timeline after an emergency meeting of its executive board on Sunday, saying the group would be guided in its decision by medical experts, specifically the World Health Organization.

Lawrence Gostin, an expert on health law who has advised the W.H.O. on other pandemics but is not involved in the decisions surrounding the Olympics, said hosting the Games could be “catastrophic” for the world.

“You would literally be bringing people from all over to the world to Asia and back — it would be such an amplifying effect that we would come to deeply regret it,” said Gostin, the director of the O’Neill Institute for National and Global Health Law at Georgetown. The institute gives technical and strategic support to the W.H.O. in the United States.

Rescheduling an event as gargantuan as the Games — essentially a series of more than 30 world championships — is hardly an easy task. Shifting requires navigating a thicket of financial obligations that have taken years to construct and will be complicated to unwind and then carry forward.

For example, the Olympic Village, which was expected to host some 17,000 athletes, coaches and support staff during the Games, is scheduled to be converted into permanent housing afterward. Most of the units have already been sold, meaning a postponement would require thousands of contracts and leases to be redone.

The I.O.C. also has hundreds of deals with broadcasters and sponsors, many of whom are suffering with the collapse of world markets and are likely to seek a reduction in what they pay to televise the Olympics. While the I.O.C. does have insurance, it’s not yet clear what losses would be covered and what an insurance company might argue would fall outside the policy, which would produce even more litigation.

Merhzad, the sports lawyer, said the I.O.C. and Tokyo needed to be aligned, at the very least, because canceling without a mutual agreement would put the deciders in breach of contract.

“Commercial partners will have little leverage if the organizers can say the Olympics have been frustrated in their efforts to host the Olympics,” Merhzad said.

NBC Sports, which televises the Games in the United States and is one of the I.O.C.’s biggest partners, said in a statement that it supported the committee’s approach.

“We are prepared to stand behind any decision made by the I.O.C., the Japanese government, and the world health officials with whom they are working regarding the Tokyo Olympics,” NBC Sports said.

Athletes have become increasingly direct in their criticisms of the I.O.C. and Bach.

“Does this mean that athletes face up to another FOUR weeks of finding ways to fit in training — whilst potentially putting ourselves, coaches, support staff and loved ones at risk just to find out they were going to be postponed anyway,” the British sprinter Dina Asher-Smith said on Twitter.

Max Hartung, a German fencer who was in isolation with his girlfriend at home, recently said publicly that he would not participate in the Games even if they were held this summer.

“I think the pressure is rising,” Hartung said. “I understand it’s difficult to postpone and there needs to be careful planning, but me, personally, I would wish for them to take a decision sooner rather than later.”

Brendan Schwab, the executive director of the World Players Association, an umbrella body for player unions worldwide, said athletes have been simply unable to train and organizers have a responsibility to not make responding to the pandemic more difficult. “It’s simply not practical now” to hold the Games safely, he said.

While the I.O.C. spoke Sunday of entering a new phase of contingency planning, its work has been underway for some time, Bach acknowledged in an interview with The New York Times last week.

A statement by the Australian Olympic Committee hinted toward a yearlong delay. John Coates, the president of the committee, is close to Bach and also leads an I.O.C. group responsible for overseeing the buildup to the 2020 Games.

“The A.O.C. says Australian athletes should prepare for a Tokyo Olympic Games in the northern summer of 2021,” its statement read.