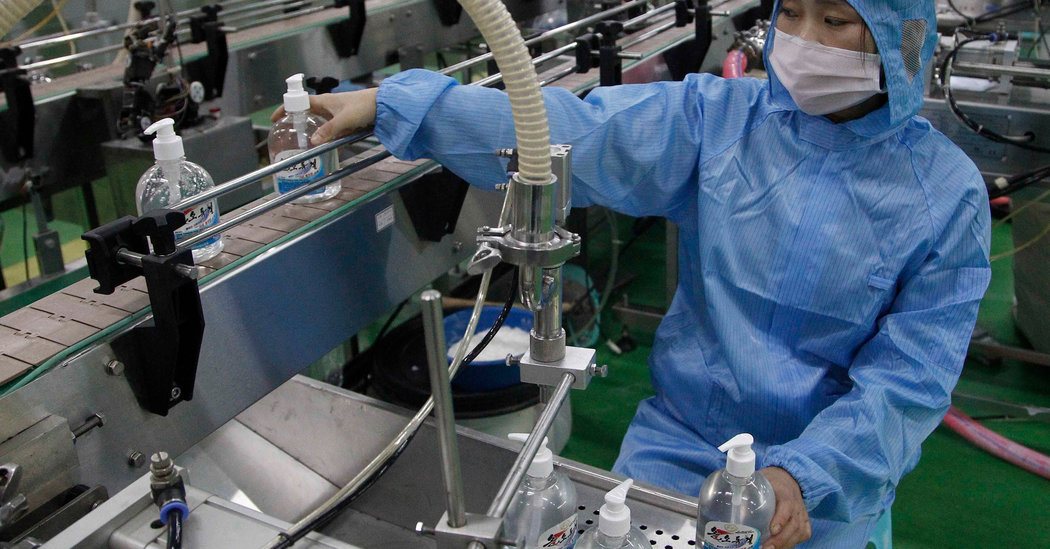 “I would like to extend sincere gratitude to the U.S. president for sending his invariable faith to the Chairman,” said Kim Yo-jong, the North Korean leader’s sister and policy aide, in a statement carried by the North’s state-run Korean​ Central​ News Agency. Ms. Kim lauded Mr. Trump’s decision to write the letter as “a good judgment and proper action.”

In the letter, Mr. Trump “wished the family of the Chairman and our people well-being,” Ms. Kim said, referring to his brother by one of his official titles.

According to Ms. Kim, Mr. Trump also explained his plan to move relations between the two countries forward and “expressed his intent to render cooperation in the anti-epidemic work, saying that he was impressed by the efforts made by the Chairman to defend his people from the serious threat of the epidemic.”

The White House confirmed that Mr. Trump had sent Mr. Kim a letter but did not comment on its specifics.

Mr. Trump and Mr. Kim have repeatedly touted their unusual relationship. They exchanged a number of personal letters before and after their first summit in Singapore in 2018, and at one point Mr. Trump said he and Mr. Kim had fallen “in love.”

But relations between Pyongyang and Washington ​have cooled since the leaders’ second summit meeting, held in Vietnam in February of last year, collapsed over differences regarding how quickly North Korea should dismantle its nuclear weapons program and when Washington should ease sanctions.

Since then, Mr. Kim has repeatedly said that North Korea was no longer interested in diplomacy with the United States unless it changed what he called its hostile policy, including sanctions. He also warned that the North no longer felt bound by its self-imposed moratorium on testing nuclear weapons and long-range ballistic missiles​.

On Saturday, Mr. Kim attended the testing of two short-range ballistic missiles by ​his military.

Ms. Kim said on Sunday that her brother had “mentioned his special personal relations with President Trump again and appreciated the personal letter.” But she said good personal relations between the two leaders were not enough to improve their countries’ ties.

“We try to hope for the day when the relations between the two countries would be as good as the ones between the two top leaders, but it has to be left to time and be watched whether it can actually happen,” she said. “However, we will never lose or waste time for nothing, but will keep changing ourselves to be more powerful for that time just as how we made ourselves for the past two years.”

A senior Trump administration official, who insisted on anonymity, said the president’s letter was consistent with his efforts to engage world leaders during the coronavirus pandemic. The official said Mr. Trump looked forward to continued communications with Mr. Kim.

North Korea is highly vulnerable to epidemics because of the decrepit state of its public health system and the international sanctions imposed over its nuclear weapons and ballistic missile programs, which make it hard to ship aid there.

Officially, the North has reported no coronavirus cases, ​although it says it is waging an all-out campaign against the virus. ​ Outside health experts fear that the isolated country might be hiding an outbreak.