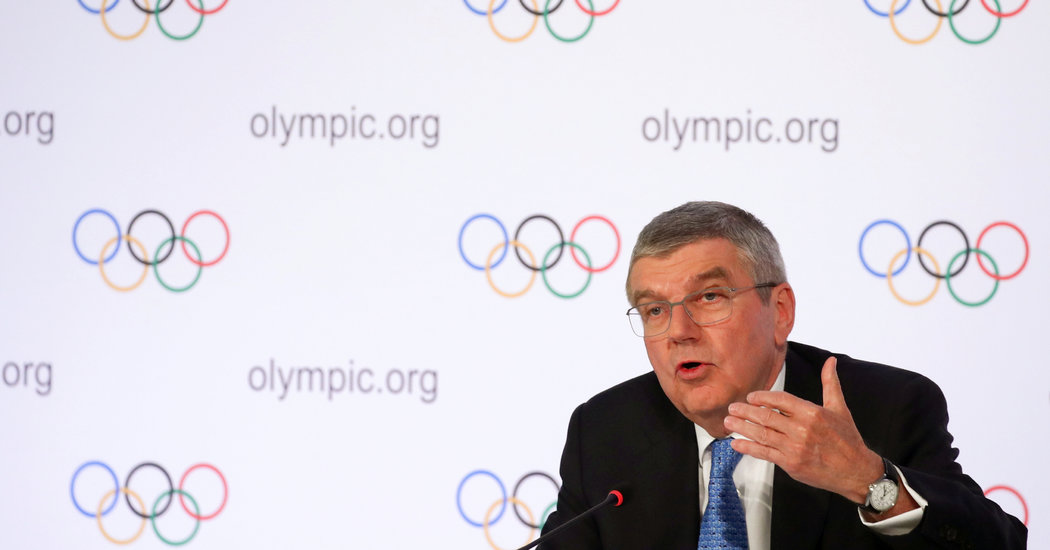 The I.O.C.’s leadership was also shocked by the scale of the impact the virus has had on large parts of Europe, with Italy now surpassing China for the number of dead, and casualty figures in neighboring countries growing rapidly by the day.

In his most recent public comments on the decision, Bach on Thursday backed off his previous hard line that the Games would happen this July.

“Of course we are considering different scenarios,” Bach said. “But we are contrary to many other sports organizations or professional leagues in that we are four and a half months away from the Games. They are even more optimistic than we are, because most of them have postponed their events until April or the end of May. We are talking about the end of July.”

Although the Olympics may not begin for four months, sponsors, fans, athletes and national Olympic committees have to make decisions and commitments right now. Sponsors, who pay $25 million a year or more to be affiliated with the Games, are finalizing hundreds of millions of dollars of advertising and promotional expenses, as well as travel and hospitality for thousands of employees and guests they plan to take to the Games.

In addition, many of those companies are experiencing deep losses in world markets, and in western Europe and the United States, business has ground to a halt.

The comments from some of the national federations calling for a pause to the Games are said to have infuriated and surprised some at the I.O.C., not least because they did not raise them at a video conference meeting held with Bach on Tuesday. Brian Lewis, who heads Trinidad and Tobago’s Olympic body, was the only one to put forward the suggestion of postponing the Olympics. But, Lewis said, Bach placated him by saying the I.O.C.’s management of the situation was in line with advice from health experts, including the World Health Organization.

In recent days, athletes, including many unable to train because of measures put in place to tackle the spread of the virus, have called for the I.O.C. to decide, sooner rather than later, whether the Games will be delayed and for how long.