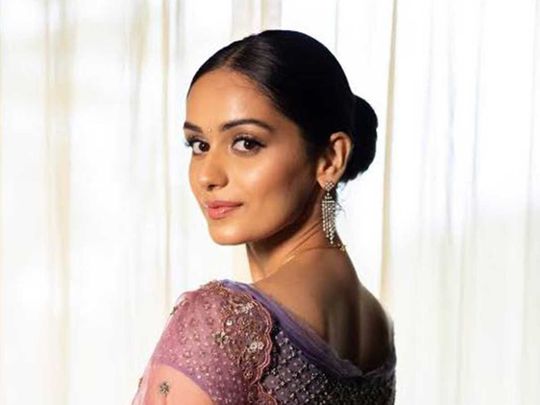 Actress Manushi Chhillar, who is all set to make her Bollywood debut with Akshay Kumar starrer ‘Prithviraj’, says it is a huge responsibility for her to do justice to her character Sanyogita on screen.

“‘Prithviraj’ is truly a big screen experience. It is being mounted on a huge scale and we just wrapped our Rajasthan schedule. It was incredible shooting the film in the state as we filmed some spectacular scenes. It was my first outdoor for my debut film and I was just enamoured by the experience,” Chhillar said.

The former Miss World says she was overwhelmed seeing the love and respect the people of the state have for King Prithviraj and Sanyogita.

“The story of Prithviraj and Sanyogita is embedded deep within the cultural and social history of India and it is simply humbling that I have been chosen to bring her life on screen. We were showered with a lot of love in Rajasthan. I can’t thank them enough for their support and appreciation and I will cherish this memory in my heart forever,” she said.

“The respect they have in their hearts for Prithviraj and Sanyogita is very overwhelming and I witnessed this first hand while shooting the film in the state. It is a huge responsibility for me to do justice to her life on screen and I’m doing my level best for people to be satisfied when they see the film in theatres this Diwali,” the Bollywood hopeful added.

Her Bollywood debut is being directed by Chandraprakash Dwivedi who directed the biggest television epic ‘Chanakya’, based on the life and times of the most influential political strategist of India, and the multiple award-winning ‘Pinjar’.

Prithviraj is slated to release worldwide on Diwali 2020.