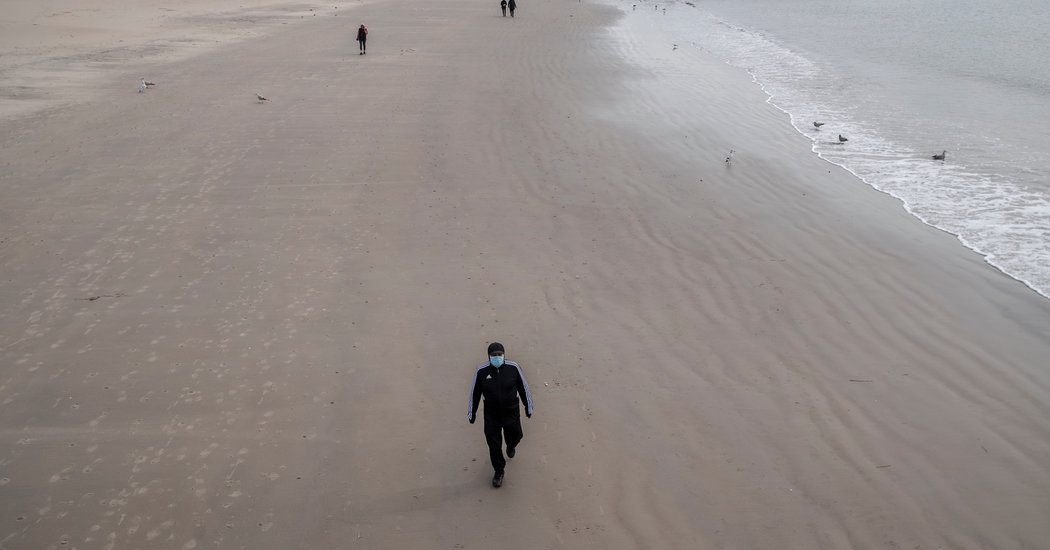 Each day’s delay in stopping human contact, experts said, creates more hot spots, none of which can be identified until about a week later, when the people infected there start falling ill.

To stop the explosion, municipal activity must be curtailed. Still, some Americans must stay on the job: doctors, nurses, ambulance drivers; police officers and firefighters; the technicians who maintain the electrical grid and gas and phone lines.

The delivery of food and medicine must continue, so that people pinned in their homes suffer nothing worse than boredom. Those essential workers may eventually need permits, and a process for issuing them, if the police are needed to enforce stay-at-home orders, as they have been in China and Italy.

People in lockdown adapt. In Wuhan, apartment complexes submit group orders for food, medicine, diapers and other essentials. Shipments are assembled at grocery warehouses or government pantries and dropped off. In Italy, trapped neighbors serenade one another.

It’s an intimidating picture. But the weaker the freeze, the more people die in overburdened hospitals — and the longer it ultimately takes for the economy to restart.

South Korea avoided locking down any city, but only by moving early and with extraordinary speed. In January, the country had four companies making tests, and as of March 9 had tested 210,000 citizens — the equivalent of testing 2.3 million Americans.

As of the same date, fewer than 9,000 Americans had been tested.

Everyone who is infected in South Korea goes into isolation in government shelters, and phones and credit card data are used to trace their prior movements and find their contacts. Where they walked before they fell ill is broadcast to the cellphones of everyone who was nearby.