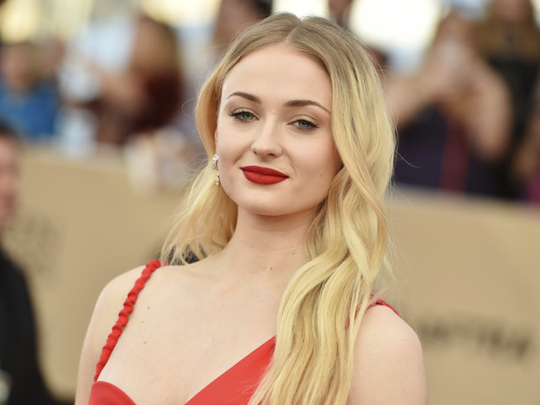 ‘Game of Thrones’ actress Sophie Turner took to Instagram Live with husband Joe Jonas and despite the hilarity of the face filters she used, she had a serious message for one person in particular.

Turner seemed to call out ‘Lost’ actress Evangeline Lilly, who recently said she prioritised her “freedom” over self-isolation, despite worries over the rapid spread of the new novel coronavirus.

“Stay inside, don’t be [expletive] stupid, even if you count your freedom over your, I don’t know, what is it, like, your health,” said Turner.

“I don’t give a fff about your freedom,” continued Turner, while husband Jonas looked over his shoulder behind her with a comically shocked expression, nodding in agreement.

“You could be infecting other people, other vulnerable people around you by doing this. So, stay inside guys. It’s not cool and it’s not big and it’s not clever. And that’s the tea,” concluded Turner, calling back to Lilly’s mention of ‘tea’ in her now infamous Instagram post.

Lilly had ruffled feathers when she made public her refusal to practice social distancing, a globally recommended practice in order to flatten the curve and reduce the spread of the COVID-19.

“#morningtea Just dropped my kids off at gymnastics camp. They all washed their hands before going in. They are playing and laughing. #businessasusual,” she captioned her Instagram post.

As people began to question her in the comments, Lilly responded, calling the coronavirus a ‘respiratory flu’, suggesting it has been blown out of proportion and saying the situation “feels a lot too close to marshall (sic) law,” referring to martial law, in which the military government takes over in lieu of ordinary law.

Lilly shared that she’s living with her father who has stage four leukaemia, making him more susceptible to contracting diseases.

However, the people of Instagram did not take well to Lilly’s messages.

Referencing her role as The Wasp in ‘Ant-Man and the Wasp’, one user wrote: “You shouldn’t be playing a superhero when you’re the villain.”