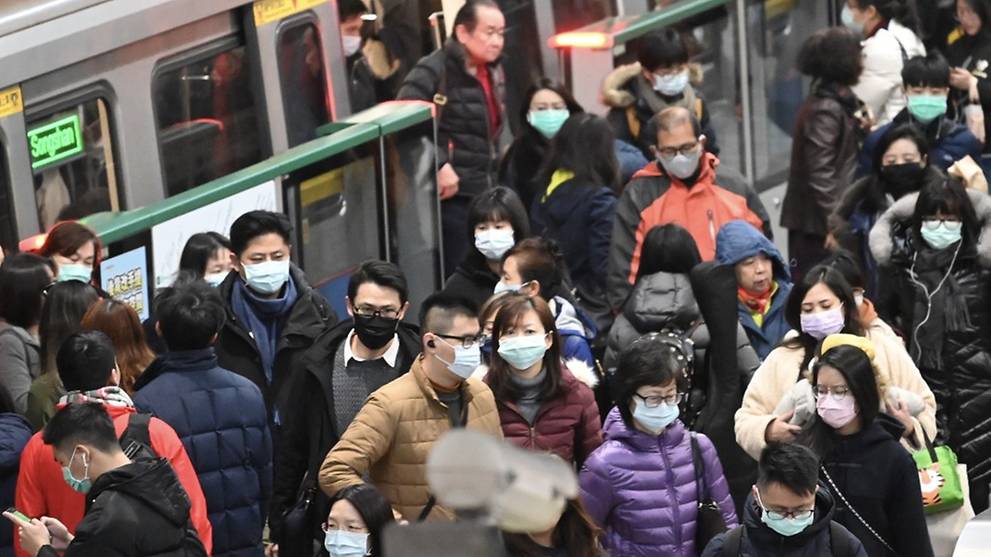 TAIPEI: As the coronavirus pandemic takes a rapidly increasing toll on the health and well-being of people around the world – as well as the global economy and social fabric more broadly – Taiwan has won widespread recognition for its impressive performance in dealing with the crisis.

Relying on a combination of preparedness, technology, and transparency, Taiwan has managed to limit the number of reported cases and deaths – at numbers far fewer than in neighbouring countries.

A key element in Taiwan’s preparedness was the lessons learned from its devastating experience with the SARS epidemic in 2003, which caused 71 deaths on the island of 23 million people.

Seeing that the initial response to SARS was hampered by the lack of a centralised decision-making body to take charge during a health crisis, Taiwan later that year authorised the creation of a Central Epidemic Command Center (CECC) to coordinate across government departments and mobilise necessary resources during future crises.

READ: Commentary: Why Singapore is better prepared to handle COVID-19 than SARS

READ: Commentary: COVID-19 may be a mild illness for most people

To fight COVID-19, the administration of President Tsai Ing-wen activated the CECC as early as Jan 20, with the Minister of Health and Welfare designated as the commander.

Over the following weeks, the CECC put scores of measures into effect to aid in containing the disease and preventing its spread into the general community. This included screening incoming travellers for fever and implementing a system of rationing face masks to prevent hoarding.

The steps also included mandatory self-quarantine for people who had recently traveled to affected parts of the world, while self-isolation was recommended for those who had come in contact with potentially exposed individuals. The existing neighbourhood warden system facilitated enforcement of the quarantines and helped deliver meals and other assistance to those who needed it.

Border controls were also implemented. Beginning Feb 6, Taiwan started prohibiting entry by anyone who had been in China or Hong Kong during the previous 14 days.

The restrictions were imposed on more countries and areas as the coronavirus spread, and by Mar 19 the travel ban had been extended to nearly all foreigners without Taiwanese residence certification.

All travellers returning from abroad are now required to undergo two weeks of self-quarantine.

But of concern is the estimated 50,000 undocumented workers from Southeast Asia, many of them serving as caregivers for the elderly and infirm. To overcome their reluctance to come forward when in need of treatment, civic organisations are urging the government to provide amnesty for their illegal immigration status.

Also playing an important role in constraining the spread of the virus has been Taiwan’s strong background in information technology.

Databases belonging to the National Health Insurance Administration, National Immigration Agency, and Customs Administration were integrated, allowing artificial intelligence and big data techniques to be employed to identify those at greatest risk through their travel and medical history.

Hotlines were made available to provide accurate advice for people who fear that they or their loved ones are showing COVID-19 symptoms, and with the help of the police, mobile phone records were used to track the social contacts of those infected with the coronavirus.

In addition, the openness of the government’s communications strategy has been instrumental in maintaining public confidence. Televised daily media briefings by Health Minister Chen Shih-chung in his capacity as CECC chief have had a calming influence.

The public also found it reassuring that the country’s vice president, Chen Chien-jen – a noted Johns Hopkins University-trained epidemiologist – has been part of the policymaking process. As head of the health authority in 2003, he was considered one of the heroes of the SARS incident.

The relative optimism has extended to the international business community in Taiwan, as seen in the results of the 2020 Business Climate Survey of the American Chamber of Commerce in Taipei. It was conducted between mid-January and mid-February, as the severity of the epidemic was becoming more apparent.

Still, more than 70 per cent of respondents expressed confidence in Taiwan’s prospects for solid economic growth when looking at a three-year timeframe.

In China, the delay in taking action and suppression of information about the COVID-19 crisis only seemed to exacerbate the situation by eroding public trust. In contrast, Taiwan’s transparency in responding to the crisis paid off.

When reports of the virulent “Wuhan pneumonia” first emerged last December, it was expected that the immense volume of travel and trade with China would present Taiwan with a perhaps insurmountable hurdle in controlling the contagion.

READ: Commentary: Yes, you can still get married in a time of COVID-19 – here’s how

In fact, Taiwan’s awareness of developments in China made it conscious quite early of the potential seriousness of the virus and to take action more quickly than did others in the region.

As early as the beginning of December, Taiwanese health officers started boarding flights arriving from Wuhan to check passengers for symptoms before they could leave the plane.

Throughout this and other public health crises, Taiwan has had to manage without any direct communication channel with the World Health Organization. Besides public information, it depends on WHO notices relayed to Taiwan by sympathetic governments and NGOs.

But that line of communication is inadequate, and it ignores the contribution to world health that Taiwan could make as a WHO member or even as an observer at the annual World Health Assembly.

Given its outstanding medical researchers and highly respected national healthcare system, Taiwan is well-positioned to play a significant part in promoting public health internationally, especially at times of emergency such as now.

When people’s lives are at risk, political differences should not be allowed to present a barrier.

Don Shapiro is Editor-in-Chief of Taiwan Business TOPICS and Senior Director of the AmCham Taipei. This commentary first appeared on Brookings Institution’s blog, Order from Chaos.