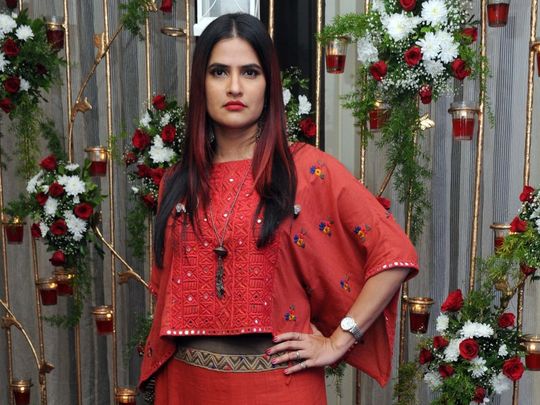 Singer Sona Mohapatra has come down heavily on singer Kanika Kapoor for attending a number of social events after arriving in India from the UK instead of going into quarantine. Kapoor recently revealed she tested positive for the new coronavirus.

“The coronavirus will explode because India is full of irresponsible idiots who ask everything from the government but do nothing in return,” Mohapatra tweeted.

She added: “Case in point, #KanikaKapoor hid her travel history after landing in #India (goddess knows how), attended events in Lucknow, Mumbai, went partying while staying in a 5 Glowing star & has the virus [sic].”

Kapoor took to Instagram on Friday to state that she has tested positive.

“For the past 4 days I have had signs of flu, I got myself tested and it came positive for Covid-19. My family and I are in complete quarantine now and following medical advice on how to move forward,” said Kapoor in the post. “I was scanned at the airport as per normal procedure 10 days ago when I came back home, the symptoms have developed only 4 days ago. At this stage I would like to urge you all to practice self isolation and get tested if you have the signs.”

After returning from the UK carrying the virus, Kapoor attended three parties in Lucknow, one in Kanpur and has been part of at least two other public gatherings, reported Hindustan Times.

Former Rajasthan chief minister Vasundhara Raje and her son, BJP MP Dushyant Singh, have quarantined themselves because they were at one of the parties where Kapoor was present.