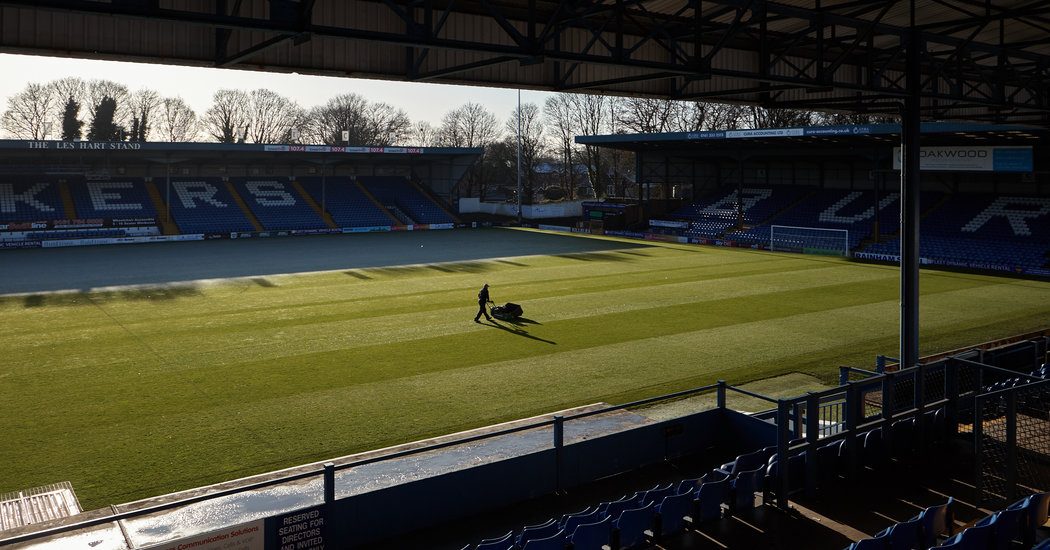 There was something of a glut in correspondence last week. Much of it, of course, was in response to the coronavirus crisis, and I found Edward Baker’s message particularly poignant. “Soccer, as a sport, cannot be counted among life’s essentials,” he wrote. “But I am put in mind of my favorite book, by one of my favorite baseball writers, Thomas Boswell.”

Boswell, Edward explains, wrote a collection of essays called “Why Time Begins on Opening Day.” It is because only then, he said, that “life is once again restored to us in its fullness, and in its absence the feeling of diminution is inescapable.” The stopping of sports, he wrote, proves Boswell “got it right: time has stopped.”

But there is, as David Cleary put it, very clearly a reassuring desire to use “pedantry as a distraction in these worrying times,” so there were a LOT of emails about the soccer/football schism. “U.S. English often preserves older forms of usage which the British then ironically deplore as innovations,” David wrote. “Soccer, I believe, originated in Britain in the very earliest days of football, derived from ‘Assoc’, short for association, as opposed to rugby, football. That’s where the Americans got it from.”

This is my understanding of it, too: David’s theory, which has some merit, is that Britain stopped using “soccer” once we realized it was much, much better than rugby (I’m paraphrasing), but it stuck in the United States. “Americans are actually using an older British word rather than inventing an ugly new one,” he wrote.

On the same topic: Rod Auyang pointed out that Matt Busby, no less, used “soccer” in the title of his autobiography. Manuel Buchwald suggested that the problem with soccer is that it only occurs in English, while using football is much more universally understandable. And Andrew Ashton made not one, but two excellent points.

“I wonder if the use of soccer began to fade as a result of British television starting to screen the N.F.L. in the early 1980s,” he wrote. “Perhaps, there was an unwitting move to reclaim the name football for the British game.” He also suggested that “having football and soccer as interchangeable terms” may have been a newspaper thing, a form of elegant variation, rather than a common usage. That seems convincing, too.