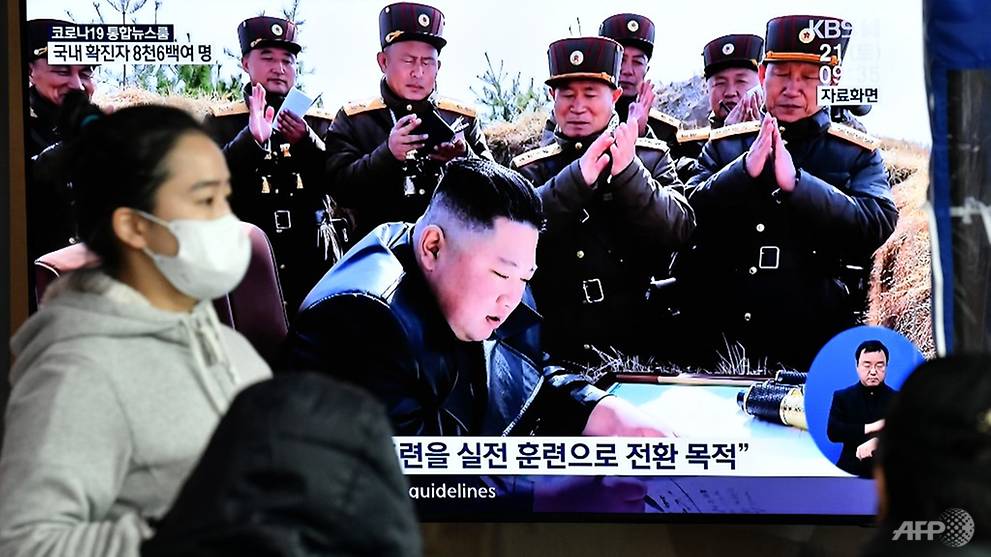 The suspected missiles were fired around 6.45am to 6.50am KST (Friday, 9.45pm to 9.50pm GMT) into the sea off the east coast of the Korean peninsula from around Sonchon, North Pyongan province, South Korea’s Joint Chiefs of Staff (JCS) said. Sonchon is above Pyongyang, near the northwest corner of the Korean peninsula.

“Such military action by North Korea is highly inappropriate at a time when COVID-19 is causing difficulties worldwide,” the JCS said, calling for an “immediate stop”.

The missile launch came just hours after North Korea confirmed it would go ahead with a session of the Supreme People’s Assembly, its rubber-stamp legislature, in Pyongyang.

As an event that gathers almost 700 of the country’s top officials in one spot, analysts said it was a show of strength amid the virus outbreak.

“If it goes ahead, it would be the ultimate show of (North Korea’s) confidence in managing the coronavirus situation,” Rachel Minyoung Lee, of the North Korea monitoring website NK News, said on Twitter this week.

North Korea has not reported any confirmed cases of the coronavirus, though a top US military official said last week he is “fairly certain” there were infections in North Korea.

It has imposed strict border controls, but is viewed by aid organisations as especially vulnerable to an outbreak as its health system lacks resources and because of international sanctions.

“Not only does Pyongyang wish to avoid signs of weakness during the coronavirus crisis, it wants its people to believe that North Korea stands in a position of relative strength,” said Leif-Eric Easley, a professor at Ewha Womans University in Seoul.

“Kim can improve military capabilities … at little cost because international aid is unlikely to be cancelled after these tests, China and Russia refuse to tighten sanctions, and the US and South Korea are focused on defense cost-sharing negotiations and COVID-19.”

Saturday’s missile launch followed two incidents earlier this month, when North Korea launched short-range missiles and multiple projectiles according to South Korea’s military, drawing US and Chinese appeals for Pyongyang to return to talks on ending its nuclear and missile programmes.