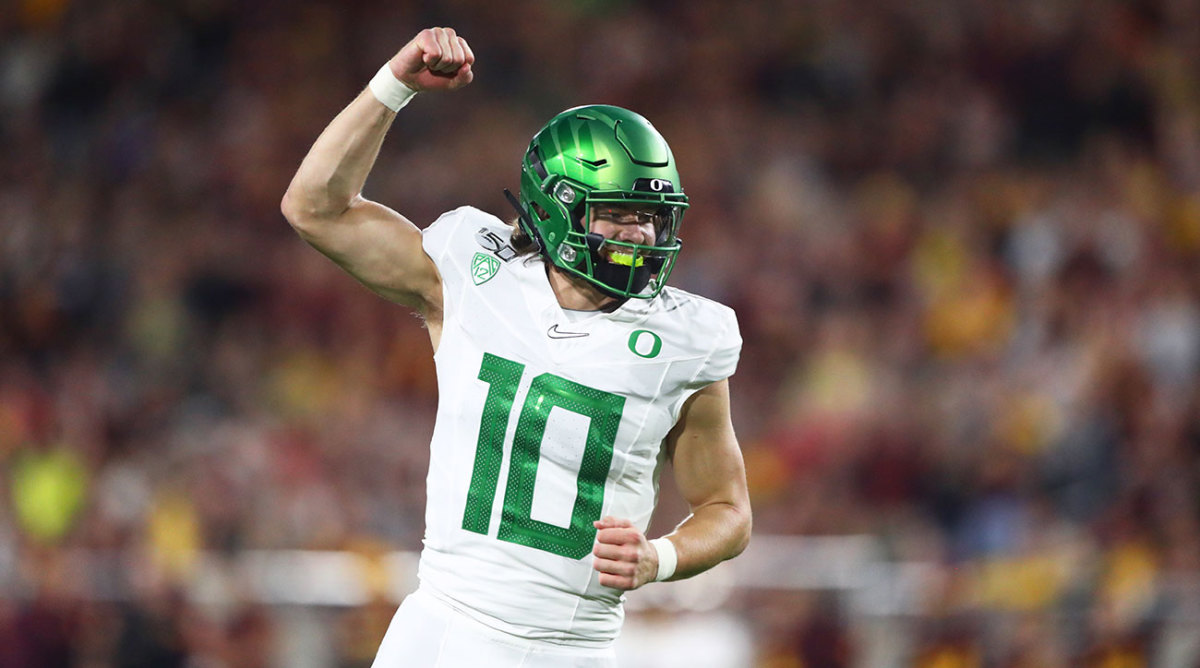 When the 2020 NFL Draft begins on April 23 in Las Vegas, Nevada, four quarterbacks have a really good shot at being selected during the first round. Joe Burrow is a huge favorite to go first overall, according to the odds at BetOnline.

After the Cincinnati Bengals select Burrow, the races are fairly close when it comes to the second and third quarterbacks being called. Betting on these prop options requires researching the prospects involved and determining which teams need a quarterback. The Miami Dolphins, Los Angeles Chargers and New England Patriots are teams that may use a first-round pick on a quarterback.

Provided he is fully recovered from the gruesome hip injury that ended his 2019 season in Alabama, Tua Tagovailoa is top chalk to be the second quarterback selected in the 2020 NFL Draft. Tagovailoa took over as the Crimson Tide’s starter in 2018 and posted 6,806 passing yards with 76 touchdowns and just 9 interceptions over 24 games. That’s production NFL coaches dream about.

Miami met one-on-one with Tagovailoa at the NFL Combine in February and were supposed to have a second meeting until it was cancelled due to the coronavirus outbreak. If he isn’t taken during the first four picks, the Dolphins are in line to draft Tagovailoa with the fifth overall selection. The Chargers trading into the top four may result in Tagovailoa being the third QB called.

Following four solid seasons in Oregon, Justin Herbert is one of the most NFL-ready quarterbacks in the draft. After playing in 16 games during his first two seasons, Herbert made 27 straight starts for the Ducks to close out his career at Oregon. A strong arm and smooth mobility helped Herbert post 6,622 passing yards with 61 touchdowns and 14 interceptions during his final two seasons.

With Philip Rivers now in Indianapolis and Tyrod Taylor projected as the Chargers’ starter, Los Angeles has a huge QB void to fill. If Tagovailoa is taken in the top five, it’s a near given that the Chargers take Herbert with the sixth pick. The Bolts may not want to wait, though, and could trade up with Detroit or New York. That makes Herbert a tempting second QB off the board bet.

A three-year starter at Utah State, Jordan Love is projected as a low-end first-round selection. Love played 38 games for the Aggies and put up decent numbers with a limited supporting cast around him. Love has a strong arm, a quick release and performs well in the pocket or on the move. With a gunslinger mentality, Love isn’t afraid to throw into tight windows.

Loves slides down the draft board some as he is not as polished or NFL-ready as Tagovailoa or Herbert. It also doesn’t help that Love and the Aggies were 0-4 against Top 25-ranked opponents over the last two seasons.

Several teams have solved immediate needs at quarterback via free agency. New England is not one of them, and Love could fall to Patriots as the 23rd overall pick.

There are times when placing a Field bet is a wise idea and there are times it’s not. The latter applies here as the remaining prospects will be late-first-round or second-round picks. Bettors playing the Field would head into the draft with pivots like Jacob Eason from Washington, Jake Fromm out of Georgia and Jalen Hurts, who spent time in Alabama before playing his final year in Oklahoma. The rich payouts are tempting, but betting the Field is not a wise investment.

A small wager on the underdogs is appealing here. The Chargers lost out during the Tom Brady sweepstakes and may make a move to ensure they don’t lose out on a top college prospect. As such, Los Angeles trading up to take Herbert, and then Miami taking Tagovailoa, is worth consideration. It’s an “all-or-nothing” gamble, but a small investment sets up a decent return.